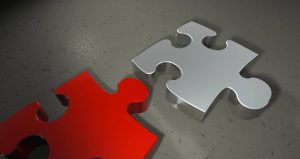 It’s not as easy as it looks. If you’ve ever tried to homebrew a game system, you’ve probably come to this conclusion. Systems often have fiddly bits that interact in complicated ways. Often problems rear their ugly head only during play. Some issues can be easily fixed. Maybe two skills can be combined, or one roll can be used instead of two. However, a clear solution doesn’t present itself for every problem.

In this article, I’ll detail some lingering question I still have with my group’s own homebrew system. Don’t worry, we won’t go into the minutiae of dice mechanics or exhaustive skill lists. Rather, we’ll look at some “big picture” issues. Your homebrew system will look very different than ours, but I’m betting you’ll hit some of the same questions.

THE SYSTEM IN (VERY)Â BRIEF

I generally run a fantasy game. My homebrew system was designed to be a “go to” system for different genres. Both character generation and task resolution had to be simple. Since we’d only be using this system occasionally, complicated rules had to be avoided. And it had to use regular six-sided dice. The hope was that would make it easier for non-gamers to participate. So far the system has seen use for Star Wars and Star Trek

One outstanding question is the depth of the skill list. How much is too much? For example, our homebrew game has two main social skills, LEADERSHIP and CON. LEADERSHIP covers most legitimate social interactions, while CON covers instances of lying, deceit, and cheating. However, skills such as CHARM or SEDUCE could easily be added to the list. It’s difficult to know when to stop, or whether these kinds of skills should be just lumped into one PERSONALITY attribute.

The same goes for physical skills. Is one FITNESS skill enough, or do we also need RUNNING, SWIMMING, or CLIMBING? Another option is to have broad attributes, and then allow each character to have one or two specialties for themselves.

Special or species abilities pose problems too. How do we keep one character from becoming too powerful in comparison to the others? Is limiting how often abilities (like the Vulcan Neck Pinch) can be used enough? Should extra points be given to human characters to compensate for this? Right now, I’m siding with limiting how often these kinds of abilities can be used, but I’m not married to the idea. We just go for coffee.

In terms of combat, the biggest outstanding question for me involves initiative. Side initiative has the advantage of being simple. There is one roll, modified by the leader’s, well, LEADERSHIP skill. Players can act in any order they decide. This promotes discussion to decide who should go first. However, many players are used to individual initiative, This can be accommodated by having everyone roll and add a combat or reaction modifier. I’m not sure which is best at this point.

Another combat issue is whether to roll for damage, or to use static damage. Right now we use static damage based on a success level. For example, a full success does full damage, while a partial success does half damage. (The concept of full and partial successes was codged from Dungeon World). This eliminates the situation in which a player rolls well to hit, but then only rolls a 1 or 2 for damage. However, it also takes a little bit of the excitement away from damage, making it very predictable.

I haven’t figured this one out either. The major questions are: how fast should characters advance, and how should we keep track of advancement. If characters advance too fast, it can be difficult to keep them challenged. Too slow, they might feel like they aren’t progressing at all. The other question is how to keep track of experience. Do we use an experience point system, or just advance every so many sessions? There are other options too, such as rolling after a session to see if relevant skills improve or not.

CONCLUDING THOUGHTS AND AN ADDITIONAL RESOURCE

No system is perfect. Just because there are a few lingering concerns doesn’t mean you can’t enjoy your system as it is. If it simplifies your life and stays (mostly) out of the way, then keep rolling with it. I suspect no system is ever really completed, and sometimes you have to just pick one option and go with it.

To end on a personal note, one of the most influential systems I’ve read is FUDGE. It helped me understand the choices that a designer has to make in a clear and memorable way. Even if you don’t like their mechanics, you could do far worse than giving FUDGE a read.

How about you? What lingering concerns do you still have with your homebrew or hacked game? Let us know below.