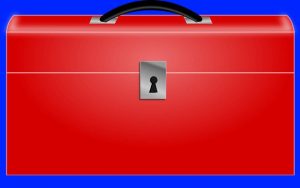 CONCLUDING THOUGHTS
There’s certainly overlap among these three options. You’re free to homebrew, hack, or use toolkit elements in whatever way you’d like (or even make a Frankengame). Keep what works, scrap what doesn’t. As long as everyone is having fun (and you’re not violating copyright laws), the sky’s the limit.

11 Responses to HOMEBREW, HACK, or TOOLKIT?