Recently, I’ve been reading the five Otori novels, and have really enjoyed the complex world that they’ve created. I don’t know a lot about Japanese history, so I have no idea how closely the concepts correlate to real world events, but it’s a great, complex world that I’d love to game in. But it’d only work well under unusual circumstances. 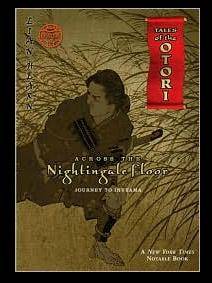 Playing in her world is similar to playing with real world history–it’s attractive, but difficult. Phil’s article about Drinking the Kool Aid from last week illustrates some of the depth that GMs put into building a world or scenario. The GMs I know often go to great lengths to get the feel of a setting right, particularly since their NPCs’ reactions reinforce the setting expectations and reflect the views by which a character’s actions are measured.

For generic sword and sorcery worlds, expectations have been built by the games we’ve played all our lives. It’s when we step into specifics–explaining bus transfers in Cincinnati, figuring out where the parks in Chicago, what French peasants actually ate and what their work schedule looked like, or how honor affected Japanese warriors–that research and conveying detail become critical.

Phil’s article has a great list of research resources. I lean more toward reading–particularly novels, history books, and a sprinkling of wikipedia–but each type of media contributes to the final vision in my mind.

The few times my game groups have watched a movie before creating characters, we came up with interesting and different slants on the setting. A movie or episode can be a great way to make ensure that a certain level of common knowledge exists among the whole group–players and the GM. It can also be a painless way to convey a common trope or theme. Without a commonly viewed movie or TV property, it can be difficult to convey broad expectations.

Too often, all research beyond a commonly watched movie or two is on the GM’s shoulders alone. Playing in established game worlds can bend this a bit; setting a common level of general knowledge may be as easy as telling everyone to read the history chapter. Even if they don’t do it before the first session, when they come to realize that the world’s history matters, they have the chapter on hand.

Things often go awry at this point. The GM has done some research, the group has created characters, and the story starts. But play feels very samey for a wildly different world; the PCs continue to wander the wilderness, just fighting fox spirits instead of goblins and pixies. Interaction with NPCs takes on the same bemused distance; honor is rarely mentioned, and never seriously constrains the player’s choices for their PC.

It’s essential to boil down your big picture down into concrete details, into things that engage the senses and make the world “pop”. As Redcrow mentioned in Phil’s comments, that can be a tough line to walk; the first few details probably won’t convey enough of the setting to guide expectations clearly–or the one that they seize on might be the exception that you were using to illustrate the general rule!

One of the hardest things to convey quickly is culture. You need to convey social expectations before the players have to react to social situations–which can be very front loaded, often requiring a lot of information to be conveyed before characters are even created!

For example, someone creating a Samurai in Japan–whether the historical or the Otori version–needs to understand how obligations flow up and down through society. If roaming is strongly discouraged–by bonds of loyalty for the warrior class, legal restrictions for the remainder–then players need to adjust their character concepts. Indiana Jones style globetrotting doesn’t work… unless the player and GM have mastery enough to invent plausible reasons for this character to step aside from the cultural norms.

The greatest drawback to realistic cultures and settings is that they can feel constraining, particularly if you don’t understand them well. It can feel like your characters’ options are all bound by mysterious and arbitrary rules. You don’t want your character to bow until his head is flat on the floor–it sounds craven to you? It’s critical to convey that this is routine respect for a great lord–that the natural response for the player (hell no!) does not match the character’s understanding. If every character’s action has to be vetted or corrected before it makes it through the cultural filter, just interacting feels like work to both the player who is constantly being corrected, and to the GM who has to figure out how to convey what options truly are available, teach transparently, and convey his own realistic characters and responses all at once. It’s a big task!

There are a lot of exciting cultures and great supplements that I’d love to explore. Feudal Japan (and Asia more generally), are fascinating, though my depth of knowledge is only puddle deep. I’m intimidated, but would be willing to try it if our group signed on as a whole. 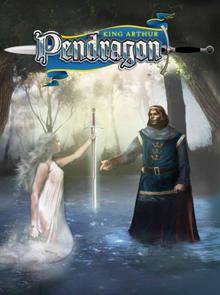 Conversely, a game that does a great job of aligning player expectations with vivid characters in a historically constrained setting is Pendragon. In some ways, it’s an “easier” setting, since it’s Western European Knighthood, including some dark age beliefs mixed with inspirations from later history (like courtly love). But a big part of its success stems from tackling beliefs and motivations, explaining the idealized and common practices for various cultures, and quantifying them, so you know when you’re fighting local expectations and when your boasting will get mugs beating against the table in rhythm.

In a way, part of his success comes from building character attitudes into the system itself. Expecting system mastery from players is common; if playing your character appropriately is influenced by system, then it moves some of the expected burden for “knightly behavior” from the GM’s responsibility to the savvy player’s.

While I’d love to explore history with likeminded groups, I haven’t had much opportunity. Have you? Are you lucky enough to play with the campus Africa Studies group, or play an old west game with a group of experts on the era? Is there a period you love so much that you’ve educated your group about it over time–serial campaigns, or just bringing up Bushido whenever you take a dinner break? Have you pushed into playing into more detailed worlds or drifted toward less detailed ones?