Hidden Worlds: The truth is out there

The truth is out there…

This world looks very much like the one we all experience; birthdays, taxes, and grinding jobs. In that world, however, there is a secret organization, dedicated to protecting everyone from… something. 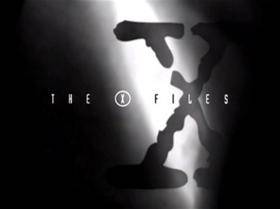 Depending on your game something can be a lot of somethings, or one subtle difference. I have always loved alternate histories–including the old TV show Voyagers. Sometimes the tiniest twist is all it takes to make a radically different reality… if you indulge in some enthusiastic fallout from the actions. Rather than going that route, for now… let’s look at various somethings that can explain our very different setting.

Magic or the Supernatural is Real

This is one of the most popular “somethings”. White Wolf’s settings often followed the formula of “treat this one element as real… how would that group’s reality have altered the world? Elegant worlds spilled out; vampires stylishly lounged in shadowy dance clubs, Mages bent their efforts to control reality, Werewolves engaged in a pyrrhic struggle against the forces of technology and consumption. If you want to uncover a world with Vampires secretly pulling strings, Night’s Black Agents gives you a teetering path.

Call of Cthulhu is a setting much like ours, to everyone’s common view. A few researchers, however, know a much darker truth… and struggle against crazed madmen who worship unspeakable horrors, or who take shortcuts to power with consequences horrible to imagine. (Another great take, with a similar feel of terrible horrors seeking to unmake the world is from the 20 Palace novels, beginning with Child of Fire.)

This setting allows us to keep expectations of physics and science more aligned with the players’ experience. The tone can vary widely; you can go big and silly with your hidden alien tech to wind up with Men in Black, or much subtler and creepier to get an X-files feel. You can even mirror the feel of XCom at the beginning…

These games seem to be ideally suited for generic systems, like GURPS or Fate, since “reality with a small twist” is what these systems default to, and there don’t seem to be a lot of near-future games without a lot of exotic to them. Sure, you could play using Shadowrun for the alien tech… but that’s not what Shadowrun is best at providing.

Specific game systems can capture a specific feel; Millenium’s End or Aces and Eights stick pretty close to the technologies and challenges of our reality. Blowback is basically reality… just at action movie levels.

With these systems, your conspiracies can be very traditional; you don’t have to explain why anti-gravity hasn’t revolutionized physics, or how the elder ones can come so close to escaping so many times, but never actually eat Chicago.

You can dig into subtler things at this level; if the main difference is that the Civil War came earlier than our history, then you can explore competition between rival Americas. If the reality is the same as ours (the same wars are going on, etc.), then investigating the conspiracy and its goals can be more involved than “Aha, they were trying to hide the existence of Vampires.” Once you see who is involved, as you break down their organization clue by clue… is it significant that they used HSBC to launder their money? Maybe that young politician was treated by brainwashing drugs… or is that just an excuse? It’s a lot harder to tell before the giant pharmaceutical conspiracy is revealed as the villain.

Something: Creepy, Awful, or Reality Based

Picking a foe for your hidden world builds the feel of your setting. It’s what the characters will encounter session after session…

That makes it tricky; your evil organization is often the real recurring villain of your game. Sure, the characters wrestle with Herman Dietrich this episode, and Walter Donovan the next… but the villains prove to be facets of the enemy group, the conspiracy with which they’re engaged in an endless struggle.

Picking a good villainous organization can go several directions, and is almost as influential as the supernatural level of the setting. You can pick a real world villainous group and use it for any setting, however alien or supernatural, by having them clued in (or augmenting their real world power with supernatural servants, or alien tech). This can be tricky, though; trolling the web for narcoterrorism articles can be good inspiration but terribly disheartening–especially if you turn to it week after week for your prep. Similarly, picking truly loathsome groups may have everyone reaching for their X-card; it may feel good to defeat people who enslave children, but exploring the enemy network and encountering those enslaved children could crush the players’ spirits… especially since saving everyone in the nick of time is less common in roleplaying (with dice and chance) than in novels and movies.

What Lurks in the Walls of Your World?

Have you played a modern world, or slightly skewed game recently? What foes loom in the halls of your hidden world? Lay out some recent foes or opposing organizations that you enjoyed in comments!

6 Responses to Hidden Worlds: The truth is out there