Growing tension mechanic for your game 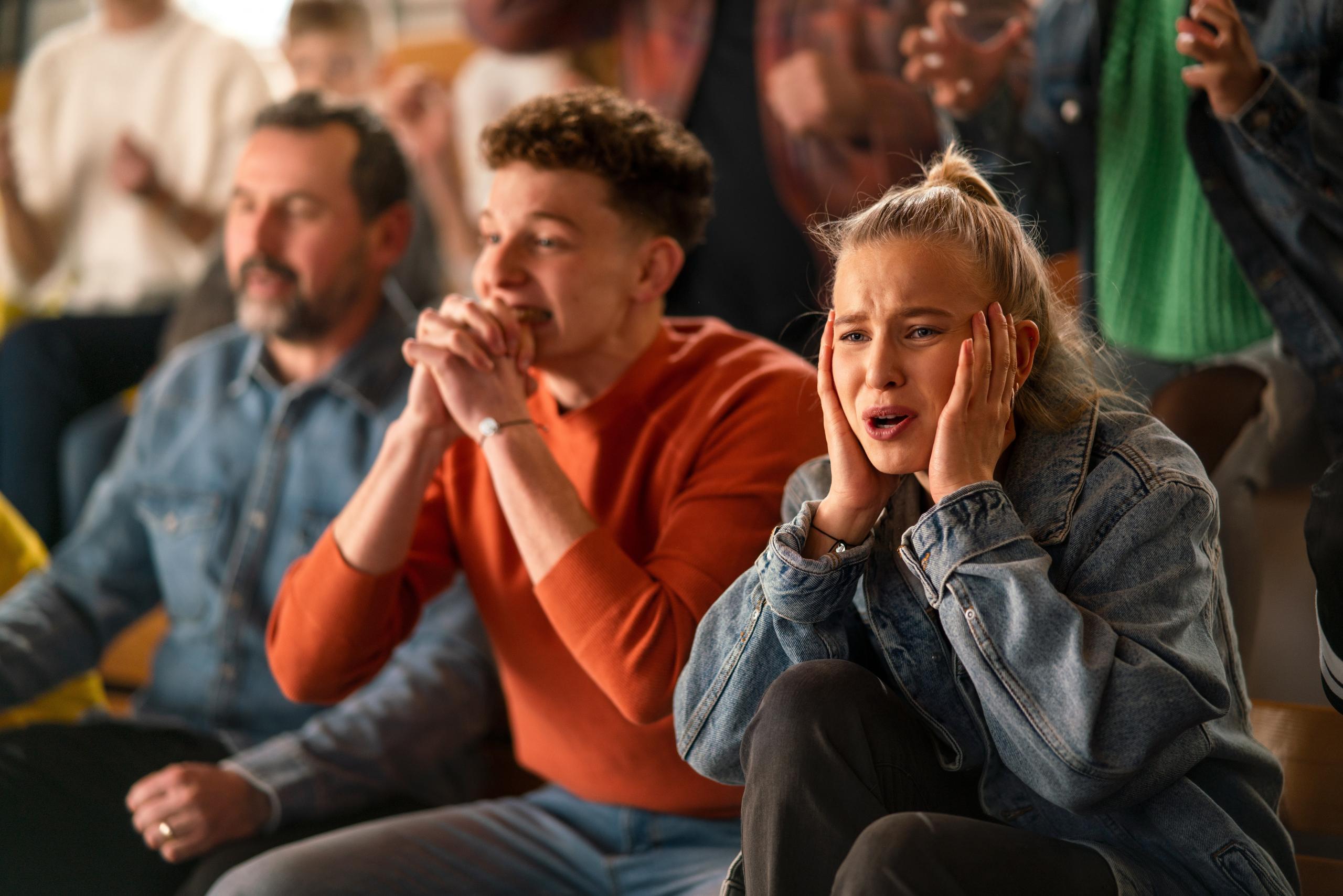 There are times in your games in which you want tension to increase rapidly. Maybe there’s some sort of time limit to deactivate a bomb, or you are sneaking through a gala full of guards trying not to be seen, but the longer you stay the higher the chance of getting caught. There’s a huge amount of examples you can come up with, and these sort of things appear pretty much in any game.

A ticking clock in the way of an hourglass can create a nail-biting tension, but there’s this predictability element about it that makes it not work in some games. There’s also the factor that if a player takes longer than expected or forgets a rule in the midst of the timed event, they ruin the whole thing. The players are going to be scared because of the event that is going on! It wouldn’t be weird if they forget how one of their spells works because of how nervous they are feeling. There is a way around this… One I’ve seen being used a bit in different places, which after I grabbed, made some adjustments, and after some trial and error, as well as doing some math, ended up becoming a mechanic I’m actually proud of.

There are many great things about this mechanic. Firstly, it adds a sense of pressure without stressing out players to play faster. If they feel at any time that it’s too much pressure on them you can take a short break and come back later. Everything will stay the same. Secondly, it’s extremely easy to mod to your tastes, meaning that you can increase and/or decrease tension as you like. I’m going to suggest some examples, but at the same time will leave anything you might need to do your own math and create the perfect encounter for your table, no matter the RPG you are playing!

Get 3d6 and put them in a dice tray where every player can see them. Let’s assume we are playing D&D 5e. Initiative is rolled and there’s an objective to be met before TERRIBLE THING (TT) happens. TT is what will increase tension, and what the dice pool represents. At the end of every player’s turn, that player has to grab all dice in the dice tray and roll them. If at least three 6s are rolled, TT happens. Every time a player character does something on their turn that increases the chance of TT happening, add 1d6 to the pool.

At first, the chance of TT happening is extremely close to 0, but due to the rolling at the end of every player’s turn, each dice added to the pool greatly increases the chance of rolling three 6s.

I’m not your math teacher, nor want to force you to learn probabilities. If you want to do that on your own, go ahead (I do really like that, but I can get people not enjoying math). Luckily, I found a free web app that does all the math for you. I’ll use the example above to explain the math:

Supposing we have 6 players (including the DM), for each round of combat, the dice pool is rolled 6 times. I will detail the number of dice they have to roll, and the probability of getting  at least three 6s:

By the end of the 1st turn, each time a player rolled there was less than 5% chance of rolling three sixes, even though the dice pool increased two times. That’s perfect for our example, because we wouldn’t want the Terrible Thing (TT) to occur in the first round. Let’s see what happens on a second turn:

Take a look at where we stand now. As it is, even if nothing else was to increment tension, it’s extremely probable that within the next 10 rolls the TT is going to happen. Nevertheless, it’s very probable that tension will keep scaling, so chances are the TT will happen on a much shorter notice, unless the player characters manage to complete the objective in time.

The mechanics are simple and can be easily modified. The only rule that stands is that you have to start with an amount of dice in the dice pool equals to the number of dice you need to face the number that causes the TT to happen. Nevertheless, depending on the type of encounter or game you are playing you can easily tweak the mechanics. If you find a combination you like, be sure to write it in the comments below!

Some things that can be tweaked:

As you can see, you can dial all these things up or down to create your own version of this mechanic. In the first example of play you will see the one that best suited me, but that was got through trial and error on the planning of the encounter.

Reading how they work and the math can help you understand the rules, but I always find it better to read examples. If you are anything like me, this section will surely make these rules clearer for you!

A dragon fight in the valley

This is an actual example of play I tried out with my players in D&D 5e. The 5 PCs are battling an ancestral red dragon in a barbarian settlement set in an open field. Additionally, it is common knowledge that this is purple worms territory, massive worms that can devour multiple people at once, that appear from underground. Each time a noisy spell, or powerful spell that makes noise, is cast means that a purple worm has more chance of appearing. The barbarian tribe all act on the same turn, and they are always noisy. The ancestral red dragon will OBVIOUSLY be noisy.

After the first player does its turn, the DM explains the Increasing Tension Dice Pool Mechanic, as the barbarians shout things like “It’s coming!!”. Now both the player and player character know that they should try to do as little noise as possible, but most powerful spells are very noisy. Even though P2 plays it safe, P3 goes all in throwing a fireball at the barbarians. Both the dragon and the barbarian are noisy enough to automatically increase tension. The dice pool til now has been rolled 6 times, and even though at times players got two 6s, they never got the third one that summons the purple worm.

Even though the first two players try to be quiet, player 3 thinks that they need to hurry up and finish the fight or sooner or later the worm will appear. That is a fact, and using more powerful spells to speed the process also increases tension, so even though speeding the process is a good strategy, at the same time it increases the chance of the purple worm making an appearance. Players are forced to reach a decision. They decide they need to hurry instead of playing it safe, because the red dragon is also dealing heavy damage to them, and they won’t last much longer! From Player 3 onwards, everything makes noise, but each time the dice pool is rolled, everyone is biting their nails off. Luckily, even though we are nearing 20%, we still didn’t get three 6s, but each time two 6s appeared in the dice tray everyone let out a scream.

Third round went on, and even though we reached 11 dice (that’s almost 30%!!), the combat ended without any purple worms being summoned. The players were lucky, but the tension during the whole encounter is something they’ll keep in their heads for a while.

Infiltrating a party to assassinate a target

Imagine you are playing a group of assassins and you need to kill a specific target you are tasked with. The players need to firstly infiltrate the place that is heavily guarded, then go through the party trying to fight the person, wait for the right time, and commit the assassination, all without being noticed. Being noticed is your TT. Every time a player character does something risky, roll the dice pool, and add an extra die to it. Neutralizing a guard may remove a die from the dice pool, and having a guard find a knocked out guard or see something very suspicious adds two dice to the mix.

There’s a lot you can play with in these sort of encounters. If you want to test them before you run them, do some math in the web app, and roll some of your own dice to see how much it takes for you to cause the TT.

What did you think of this tension mechanic? Are you planning on implementing it to your own game? Have you found the perfect tweaks and combinations for your encounter? Share it in the comments below so we can all make use of what you come up with!

2 Responses to Growing tension mechanic for your game