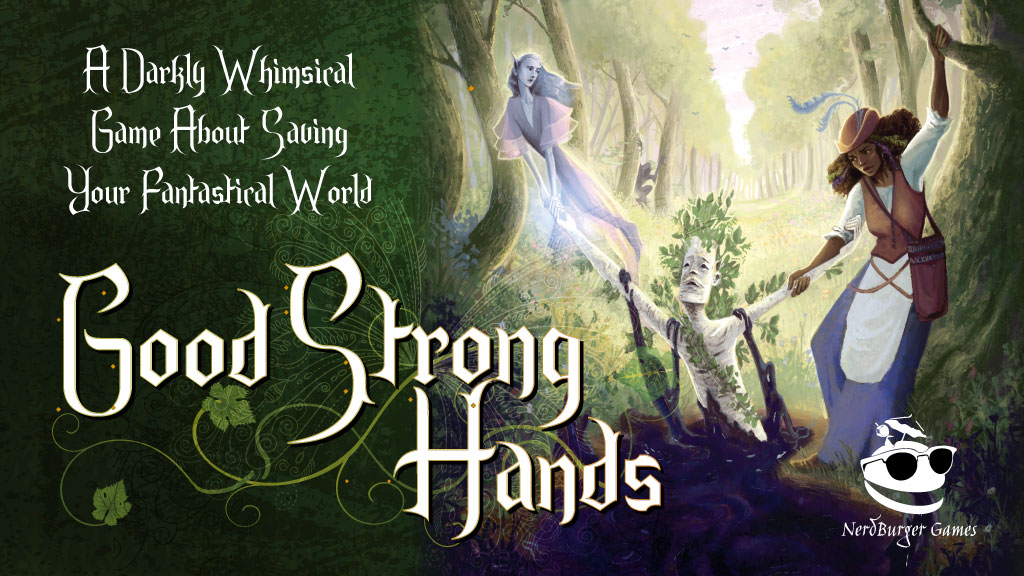 Have you ever wandered through a portal into a magical land and found out that while that magical land is usually idyllic and dream-like, currently there is a darkness spreading that is making the lives of the people that live there miserable? That sounds like it would make a good plot for a story!

Today I have a first impression article for you, looking at Good Strong Hands, a game currently on Kickstarter. If you are interested in more information from the site, you can find it here:

In Good Strong Hands, you play characters in a magical, dream-like world. This world, Reverie, has been invaded by the Void, a corrupting force that is ruining the natural order of Reverie.

How Did You Come By This Knowledge?

You can find playtest rules on the Kickstarter site. Between the base rules, playbooks, and provided scenarios, there are about 94 pages of material to support the game. This first impression is based on this manuscript, without final edits or layout.

Who Are You and What Do You Do?

The playbooks in this game are based on what kind of folk your character is, which can range from the following options: 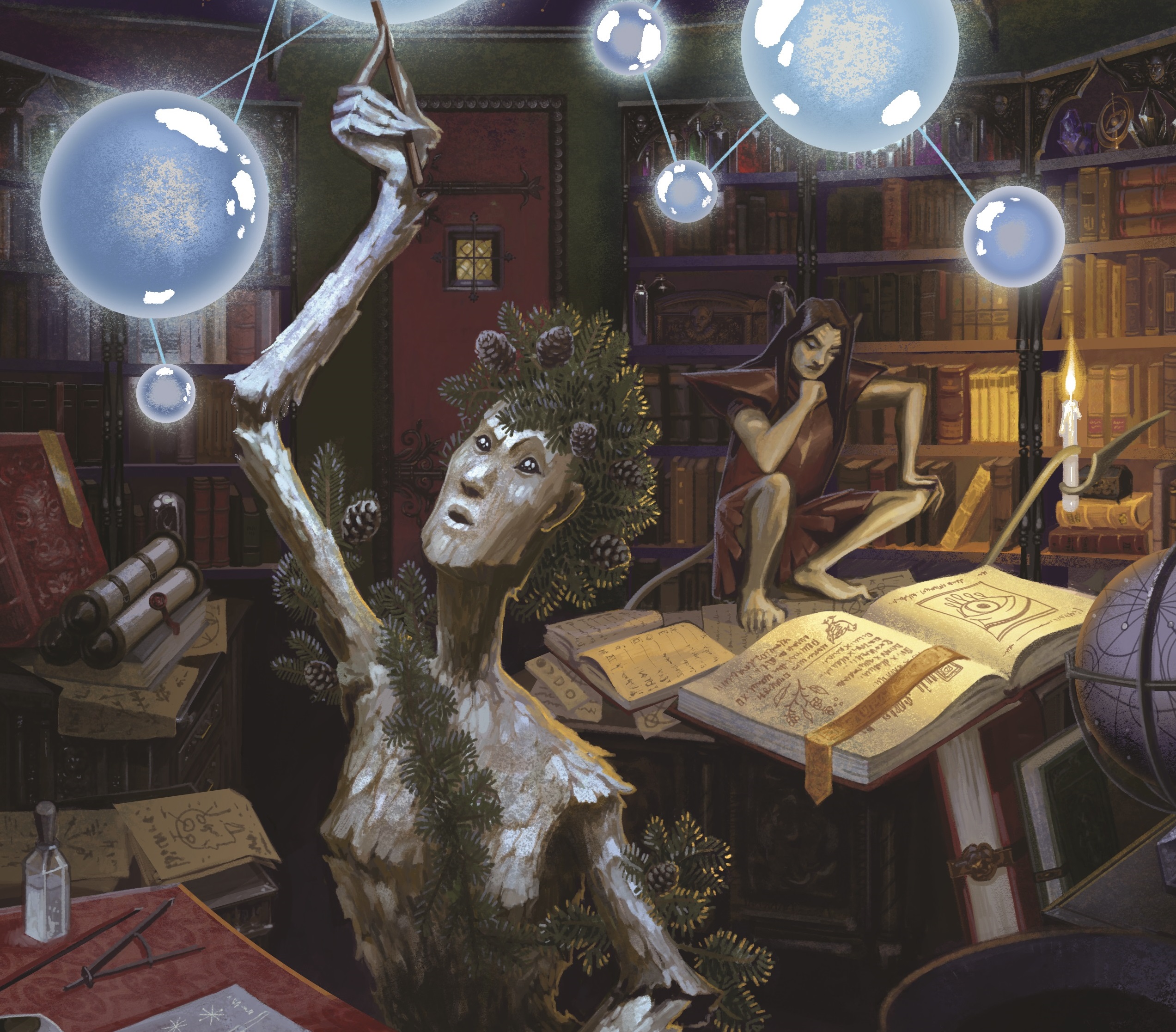 Each playbook has a unique set of talents, as well as a unique set of corruptions (more on those later). The cultures of these folk are noted, including the concept that some folk are known for things that may or may not be true of them, or of their folk in general. Something I especially like is that the game makes it clear that you are playing heroes. That doesn’t just mean that you are playing people that are generally beneficent, but that they are playing characters that are moved to fight against the Void. If your character is just a bystander that isn’t sure if they want to push back, they aren’t lining up with the game’s assumptions.

How Do You Do Things?

Each character has four traits – Body, Mind, Charm, and Heart – which can range from 1 to 4. Whenever a character is doing something where the outcome is important, they roll the dice to see if they succeed. Success is measured on two axes.

The difficulty can require a different number on the d6 to count as a success. Some tasks may require multiple successes. So you may have a relatively simple, but difficult test that requires you to roll very high on a d6, but only requires you to get one success, or you may have a more complicated task that isn’t overly taxing, which requires a lower number to count successes.

Anything that requires multiple successes can be worked on by multiple characters, so the first person to engage the challenge doesn’t need to do all the work. This game is a player facing system, which means the GM doesn’t roll dice. They may have players roll reactions or assign consequences for failures (usually in the form of conditions), but they don’t have a formalized turn. 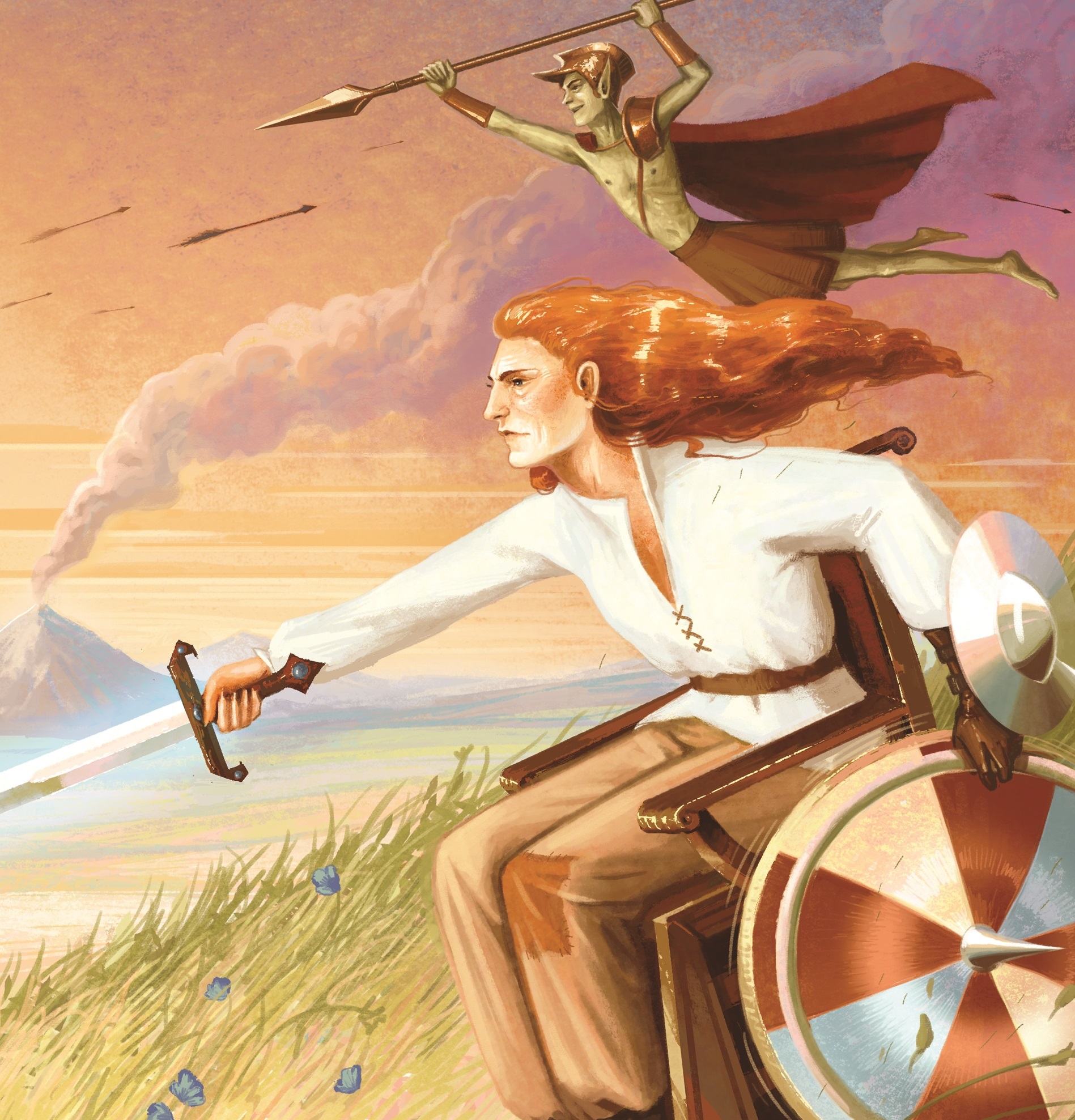 There are also physical and mental conditions that a character can pick up. There is a penalty for having conditions, but characters only take the worse of their conditions tracks as a penalty, which helps avoid the double compounded death spiral. Take too many conditions, and you may die. Take more than three corruptions, and your character is lost to the shadow.

Talents are abilities that modify the narrative positions of a character, or modify what spirit can be spent to do, or if spirit can be shared. These vary by character, and may have other descriptors. For example, some folk have more magical abilities. I particularly like the human magic trait, which is essentially them borrowing the magic of their friends. It feels very appropriate for the kind of stories being emulated.

What If I Don’t Know Where to Start?

The playtest material includes 15 different stories to use for game sessions. These stories are structured as follows:

These individual adventures take up about two pages each, and given the freeform nature of game resolution, it seems like this style of outline should be more than sufficient to jumpstart a game session.

I’m a big fan of having narrative-based currencies in the game, and I like the idea of the growing temptation being measured with its own track. I’m a fan of playbooks, and I’m glad to see them expanding beyond PBTA or Forged in the Dark games, as I think its a great way to filter players into the game in a focused manner.

I like mechanics that can cleanly model more complicated skill tasks, without making the actual mechanics too complicated, so I appreciate the extended success method. Having Reverie as vaguely defined is a very good choice for a game that is going to allow for a lot of imaginative interpretation. Reading these rules makes me want to give them a spin. It’s always a good sign when I immediately think what playbook I would play, if I wasn’t going to be running the game.

Â I’m already thinking of what playbooks I would play, examining what playbooks might show up later, and structuring what kind of long term goals I would have player characters attempt to turn back the encroachment of the Void.Â

While I like the shadow track and the concept of ongoing temptation, I’m still processing if I like the idea that getting an extraordinary success generates shadow. I know it may lead to hubris, but I’m still mulling over what that says in the context of the game. Tangential to this, there is a section that mentions group checks, like stealth, and mentions that characters with extraordinary successes can buy off the failures of other characters, but that seems a lot riskier for the heroes taking a group action than if it were just modeled as a challenge with multiple successes required.

The text does a good job of being inclusive, and explaining that even though some folk may have some traits, what they are known for doesn’t translate to that reputation being true – although I would love to see an even longer discussion of this. The section on disability in the game is golden. The only other thing I would point out is that it is mentioned that corruption makes a noticeable mark on characters, and the examples tend to lean into the “evil is unattractive” trope. I’d argue that even a “neutral” seeming change may indicate that a character is dealing with something.

I am very interested to see where this game goes. I would love to see the final text, and hopefully, I’ll get the chance to try it out at some point. I’m already thinking of what playbooks I would play, examining what playbooks might show up later, and structuring what kind of long term goals I would have player characters attempt to turn back the encroachment of the Void.Â