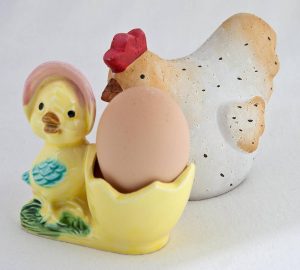 Which came first? The player or the GM?

Last weekend I was at Origins, and now a week later, I’m finally starting to recover. While I’m old enough and wise enough to realize I can’t stay up all hours and do ALL the gaming, I still stay up too late, get up earlier than I should, and try and get in MOST of the gaming. Beyond games, the other convention joy that keeps me coming back year afterÂ year are the people. Several late nights wereÂ spent just hanging out and talking shop with fellow players and GMs. This year, one common theme that struck me was how important good players are to good GMing.

Without good players, running a game can become just too tedious to make the effort worth it. Of course, without a good GM, players will eventually find something better to do with their time. I suppose we could get into a bit of a chicken or the egg argument here. Which comes first, the good players or the good GM? Do good GMs create good players, or are good GMs only born when they get a table full of good players? I’m sure the answer lies somewhere in the middle.

Since we here at the Stew focus on all things GM, it’s understandable that we’ve covered many ways for GMs to nurture a table of solid players. Just searching on the word ‘players’ will pull up a ton of great articles offering advice on how to do everything from making better roleplayers, introducing them to gaming, staring them young, and so on. I’ve also touched on this topic elsewhere, discussing that sometimes it can actually help the game to play favorites in moderation. Learning how to encourage and embrace your players is a core skill for any GM.

On the other side of the table, when an amazingÂ player sits down, it can completely transform and elevate your game. Good players make running the game simultaneously easier and harder. It’s easy because you know whatever you throw at the players is going to turn into awesome, but it also gets harder because their skill and enthusiasm challenges you to stretch even further to give the best game possible. Good players make me want to be a better GM.

So what is it that players do that help their GMs?

Good players understand they’re part of a game and know how to make choices that advance the game while still staying true to their character.
Invested in the Game: As a GM, it’s horrible to bring your game to a table and see only disinterested, blank stares looking back at you. Good players bring an engagement and investment to the table that lets the GM know they want to be there and play the game. Enthusiasm about their character or even the game itself can be infectious enough to get the other players similarly invested. They keep the distractions to a minimum and are always ready to jump into whatever you throw at them.

Know the Rules but Respect the GM’s Calls: Players that know the rules but respect the GM’s decisions are invaluable. They help keep the game moving forward by knowing what needs to be rolled and when. They’re a resource for the less experienced players, freeing up the GM to focus on running the game rather than teaching rules. Rules lawyers slow the game down arguing about rules, but these are knowledgeable and flexible enough to speed it up.

Share the Spotlight: Not only do good players get invested in their own characters, they also get invested in the other characters at the table. They willingly give up the spotlight and know how to draw the other players into the game. Everybody loves getting their time in the spotlight, and it can be easy to fall into the trap of always giving it to the same players. Good players know how to pull other players into it so everyone gets a turn.

They’re Just Meta Enough: Players should be able to focus on their character’s motivations and reactions, but good players understand they’re part of a game and know how to make choices that advance the game while still staying true to their character. While no one wants to see anyone abuse metagaming, there is something to be said for understanding what will keep the game moving and what will slow it down.

Honestly, the best games I’ve ever played have been a combination of a good GM getting good players and the game turning into something more than anyone at the table expected. It’s what keeps us all coming back for more. What have some of your players done to make you a better GM?