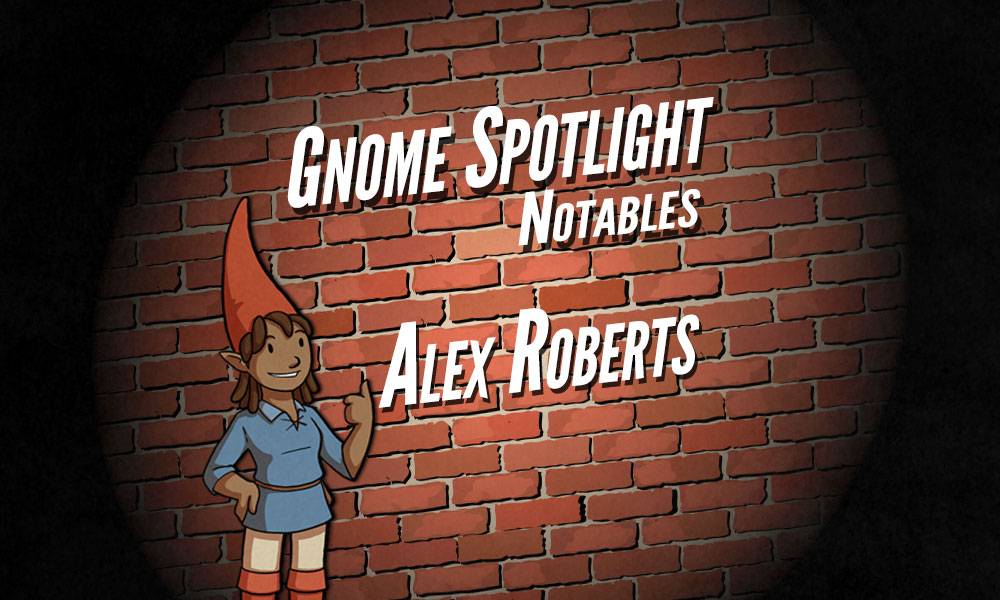 Welcome to the second installment of our Gnome Spotlight: Notables series. The notables series is a look at game developers in the gaming industry doing good work. The series will focus on female game creators and game creators of color primarily, and each entry will be a short bio and interview. We’ve currently got a group of authors and guest authors interviewing game creators and hope to bring you many more entries in the series as it continues on. If you’ve got a suggestion for someone we should be doing a notables article on, or want to do an interview with someone send us a note at headgnome@gnomestew.com. — Head Gnome John 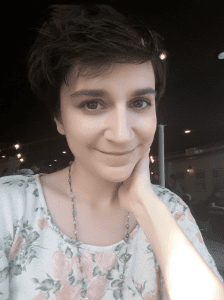 Alex Roberts is a writer, designer, journalist, and roleplayer of boundless enthusiasm. She wants roleplaying to be a site of interior exploration, transformation, and healing. When not hosting her acclaimed interview showÂ Backstory, she freelances for companies like Thorny Games, Burning Wheel HQ, and Bully Pulpit Games. Star Crossed, her two-player RPG of forbidden love, just Kickstarted with great success. Keep up with her atÂ www.helloalexroberts.com

Big question! All right, here’s my deal. I’m bright and enthusiastic, and I have a podcast called Backstory where I interview fascinating folks in roleplaying. It’s thoughtful and gentle and even people who don’t like podcasts like it. I write fun stuff for other people’s games, like Sig, Dialect, Threadbare, and Misspent Youth: Sell Out With Me. I do production support and project management and marketing stuff for game publishers; right now with Bully Pulpit Games. And, of course, I make my own dang games! My first was HUGPUNX LIVE, for Pelgrane’s #Feminism supplement. I’m semi-secretly working on a little card-based thing right now. And of course there’s Star Crossed, the two-player RPG of forbidden love, which will be on Kickstarter April 10th – May 10th! That game has been in progress for years and I am losing my mind over how great it’s going to be.

Â
You’ve probably heard me on podcasts or at cons talking about two player games, or romance and sexuality in game design. These are some of my favourite topics! 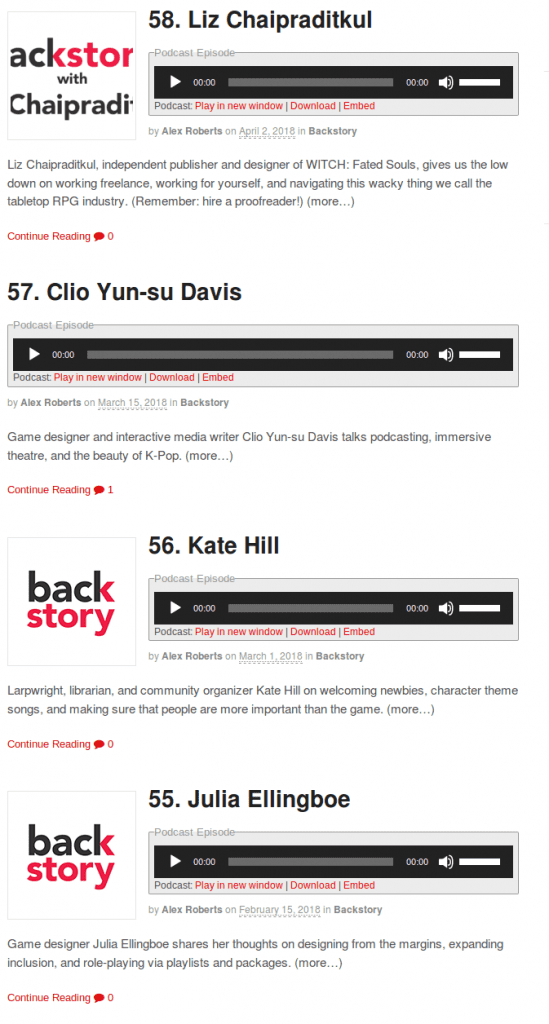 It’s hard to pick just one! I do feel a certain special love for my first RPG writing credit, in Sig: the City Between. I had no idea what I was doing; Crystalia just kind of emerged from me. Sig is planar fantasy, and I was moved to write about a beautiful, perfect world of vibrations and lights in glorious pastels. Beings grow in caves and emerge fully formed, and where things are easily broken and impossible to repair. Without my intention, it came to represent this overwhelming fear of making mistakes, of imperfections, of asking for help or accepting nurturing. I still get into that headspace sometimes but I’m at least better at recognizing it, since writing it out as something external to me. I’ll think to myself: whoops, I’m in Crystalia again. Better turn around.

Queerness, obviously, but also the excruciating joy of being alive.

I like when a game system perfectly matches the real, felt, lived experience of something in the world. Sometimes a game mechanic makes apparent something you only sensed before, but couldn’t express. You point to it and go, “yes! That’s how it is!” Not an external realism, but an internal resonance.

Intuitive. I am making games to feel my way through what the heck is going on. With me, with the world. Star Crossed is not just about Attraction and Relationships, it’s me making meaning of my experiences of attraction and relationships, and trying to make them into a system that I can comprehend (if not master.) Even “comprehend” is a bit too intellectual, actually. Maybe a word like “integrate” is a bit closer. Really, by making a game I’m going, okay, this is how attraction works, it’s sorta like this, a thing I can see the whole of, and live with. Star Crossed is my little diorama of attraction, with moving parts.

6) How does gender/queerness fit into your games?

I like when my work is very obviously feminine even though I find femininity hard to define. I guess, again, I must prefer to make stuff to understand rather than express. More likely I’m doing both. If pressed I would say that all my games, even when I was working digitally, put harmony, creativity, and grace at the forefront. And of course my games are going to be queer because that’s where I’m coming from. I could never make a game where relationships have a pre-determined path forward which is generally agreed upon by not only the people in it but also their broader community and culture. I’ll keep letting you get into messy, baffling, ecstatically exciting but fraught relationships instead.

7) How do you make sexy games fun? 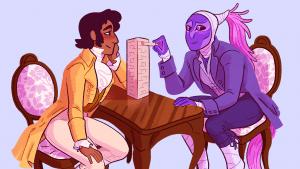 Sex is already absolutely ludicrous. And I think sex is one of most adults’ few opportunities to be playful. So, let’s just acknowledge that and make a game where you can tell ridiculous, sexy stories. It’s so much easier than people seem to think. I get the fear around making anything about sex (even in this answer I’m resisting the urge to say something like “Star Crossed doesn’t just tell sexy stories!” which is true but irrelevant) because we’re taught that whole area of life is inherently dangerous. Reflecting the reality of sexuality – that it is honestly just the most ridiculous and interesting thing – is better than trying to deliberately frame it any particular way.

8) How did you get into games?

Like everyone else, I played all the time as a kid. I was just lucky enough to keep doing it. After absorbing the cultural concept of “Dungeons and Dragons” I ran what were essentially ongoing fantasy storytelling sessions, with no rules except total DM fiat, in various treehouses and backyards and slumber parties, until I was a teen and I made friends with some boys who had the actual books and knew the actual rules. It took me a couple of years of trying to get into that to get bored and decide I didn’t like RPGs after all! Then I met a friend who showed me The Burning Wheel. And then organized a game of Fiasco. And then gave me his copy of Kagematsu and asked me to GM it. The rest is history. Thanks, Patrick!

I would like to have a sophisticated culture of critique. “There’s no wrong way to have fun!” is an attempt at kindness, of course. I get that it’s a fallback to avoid a recurring set of self-fuelling arguments. Unfortunately, there are lots of ways to have fun that hurt other people. I’ve seen play used to bully, and game systems that reinforce and re-create much broader systems of harm. Being able to precisely and compassionately critique different games might help us build more fun, innovative, groundbreaking work while also helping us avoid some of those problems.

I have a little game about a queen’s retinue that I’m specifically cultivating for first-time roleplayers, and it turns out long-time roleplayers have been enjoying it too. It’s been fun so far! It’s been a lifeline of creativity while pushing Star Crossed past the finish line. Those are two different kinds of satisfying that fuel each other.