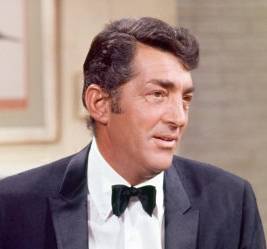 This past Christmas I happened to hear Dean Martin’s version of “Rudolph the Red-Nosed Reindeer.” Ughhh. Martin’s snarky, “cooler than you” style completely drowned out whatever simple charm the song holds. So what does this have to do with gaming?

As a GM, we have to be very careful when using cool, clever ideas. Otherwise we risk overriding the PC’s choices and roleplaying opportunities. Now, of course we need to be clever and occasionally ham up the NPC’s. That helps us put our personal stamp on the campaign, makes it more memorable for the players.

Let’s look at some areas to be careful with.

NPC’s
One area that can get you into Dean Martin territory are clever NPC concepts. There is nothing wrong with making an NPC quirky and memorable, but not at the expense of the adventure. I’ve done this one. I remember an NPC doctor who was interesting, quirky, and had some great lines. And so what? I wrote him in for color and there wasn’t much for the PC’s to get out of him. I was being Dean Martin.

So be careful with those pet NPC’s. Let them say crazy things if you like, but be sure to have them shut up so the PC’s can talk. And be sure that they have useful information to help keep the adventure moving. While they may still be annoying, at least they’ll have some point.

“HIGH-CONCEPT” ADVENTURES
“High Concept” movies mix two genres. Think Cowboys and Aliens. (Even the Smurfs Movie beat out that one). For example, once I ran an adventure based on Spongebob. We had an Eye of the Deep as Mr. Krabs, fighting squidpeople, and starfish who dropped over their faces. While it was a fun adventure, it risked going into Dean Martin territory. Too much nonsense, and it’ll be hard for PC’s to take your games seriously.

That’s not to say every adventure has to be a death march. However, if you are blending ideas from other media, try to bury the concept as deeply as you can. For example, suppose you really want to use the Daleks, but you aren’t running Doctor Who. Can you make them some kind of organic being? Or transfer their hatred of all other life to a different race? You are trying to keep the essence of the concept without descending into goofiness.

GM STYLE
We all have our own unique personalities and can’t help but bring that to the table, but it is good to avoid any tone that suggests you are smarter or better than the players. Yes, it can creep in for both players and GM’s. It doesn’t matter if you’ve been playing since the 70’s. It doesn’t matter if you’ve played every system imaginable. Everyone at the table needs to be an equal participant, first game or 500th. Please don’t take my tone as lecturing. I know this isn’t a problem for most folks, but let’s face it, there are those people in this hobby. Don’t be Dean Martin telling us how cool you are.

Filling every moment moving towards your “cool” pre-written conclusion can be another trap. Don’t be afraid of dead air. Obviously if no one is talking or making a decision, you may need to move things along, but don’t feel like you have to talk (read “railroad”) all the time. Ask that quiet player what they think, or simply ask the group in general “So what do you guys think?” This gently helps move things along without requiring you to take total control. No need to be the main crooner.

CONCLUDING THOUGHTS
Let’s not be too hard on old Dean. In an effort to escape his comic persona, he did a number of serious movie roles in the late 50’s and early 60’s. Even he realized that he wanted to avoid falling into the rut of self-satisfaction. As GM’s, we need to avoid that same rut. Odds are you are a clever, talented individual. We need to use that in our games, absolutely. We just have to be careful that our NPC’s, clever scenarios, and GM styles don’t drown out the players. It’s an art more than a science, but we can all work towards mastering it.

And lay off the martinis before your sessions. Just saying.

How about your thoughts? Any other ways we GM’s have to be careful? Let us know below.