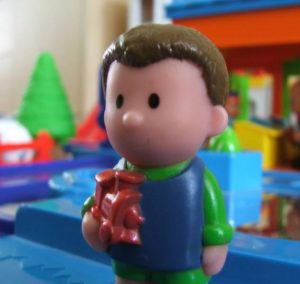 A couple weekends ago, I ran a game for my friends’ three daughters, ranging in age between 9 and 14. This was something I’d been meaning to do for a while, but with hectic schedules, it ended up taking longer to coordinate than I had hoped.

All three kids are bonafide nerds in their own right, but they only know of pen and paper RPGs by reputation. R, the oldest at almost 14, is hugely into the webcomic Homestuck and starting to experiment with cosplay. L, the eleven-year-old in the middle, is a diehard Star Wars fan that I wouldn’t go against in a trivia contest. She has even had to defend her right to be a girl that likes Star Wars to the kids at school. A, the youngest at nine, doesn’t really have a particular nerd niche of her own yet, but she likes the same things her sisters do and has had a quirky sense of humor since she was a toddler.

Before we could do anything, though, I had to determine which game I was going to run for them. I went back and forth on this for a while, debating the merits of various systems. I wanted something that had easy but solid mechanics, so they could get a taste for how RPGs work without getting overwhelmed with numbers and stats. I also wanted it to have a fun and not too complex story for them. Should I go for a simple super heroes game with the modified Marvel SAGA game I’ve run in the past? What about getting into a story using Doctor Who: Adventures in Time and Space, which I adore? Maybe Savage Worlds would be the best ‘simple’ system with whatever story I want to hang on it? There’s always Dungeon World, but doesn’t that require a bit of an advanced understanding of RPG concepts?

While debating this all, I came to the abrupt realization that I was overthinking it. If Dungeon & Dragons was good enough for their dad and I to dive into back in the 1980’s when we weren’t much older than they are now, why wouldn’t it be good enough for them? There’s quite a bit I like about 5th edition, which is miles away from the convoluted mess that 1st edition was when we were first getting into gaming. They’re smart kids and they’re all familiar with the basic concepts from having watched Lord of the Rings and the Hobbit movies. In addition to overthinking it, I was underestimating their abilities. D&D it was!

During character creation, the biggest obstacle was realizing how much of what we gamers consider ingrained concepts are not necessarily intuitive. It was fairly easy to explain the difference between class and race, but attributes were a bit more of an abstract concept for them. Skills were a particularly big challenge since they didn’t quite parse the way the attributes played into the various options. I was able to leave them to their own devices when it came to buying equipment, though. At one point, though, L looked at me and said, “Ang, I’m running out of money. Is there any way I can kill something right now to get more money?”

When they were done, we had a high elf rogue named Kibishi Nomi, a wood elf fighter named Matix Soren, and a dwarven wizard named Felthius Mailmor. Though they struggled a bit with some of the other parts of character creation, they quickly grasped figuring out background connections between the characters. Since Kibishi and Matix were both elves, they decided they grew up knowing one another, but they were never close friends. Felthius and Kibishi had both chosen the criminal background, so they determined they had a connection through the local thieves guild. The adventure hook had a relative asking for help, so Felthius’s cousin requested he (I didn’t have any female dwarf figures, so L made her character a male) get a group together to escort a wagon to a neighboring town. Without even batting an eye, they quickly determined that Felthius brought in Kibi who, in turn, brought in Matix. I’ve played with adult, experienced gamers who make that type of intro far more complicated than it need be. Leave it to some kids to make it easy.

As a side note, L did learn one of the unspoken rules of roleplaying games the hard way: Be careful what you name your character. While Felthius Mailmor is a good strong name for a dwarf when written Â down, it was quickly twisted once spoke aloud. Sometimes he was Filthiest Mailman, and sometimes he was Fluffiest Mewmew. In retaliation, R’s rogue became Kiwi and A’s fighter was Mad-ox, but it was a last ditch effort to save some face with her sisters.

The game itself went smooth but slow. Again, there are standards we take for granted that newbies and kids may not necessarily be aware of. For example, when they were faced with a couple of different paths in the goblin caves they were sneaking into, their first instinct was to split up so they could save time. Knowing they’d get overwhelmed solo with the encounters down any of those paths, I gently pointed out that they had already had trouble with the goblins guarding the cave, so they might be better off sticking together for strength in numbers. I also kept having to remind them of what they needed to roll, but they had a good handle on strategy that had little to do with needing to understand game mechanics. With some successful stealth rolls and a well-placed sleep spell, they were able to defeat the big bad boss of the goblin clan.

All in all, the game was a success and a great experience. They reminded me of what it’s like to GM for those that are new to the hobby and how important it is to have patience and remember why we’re all there. The girls all had fun and they were immediately asking when we were going to play again. We ended on a cliffhanger, so they need to know what happens next.

Apparently A spent the next day trying to explain to her non-gaming mom about the game. She was very adamant that her mother understand the difference between class and race. Mom called me up later that day and jokingly lamented, “Yep, I knew it would happen. I’ve lost them. They’re gamers now.”

29 Responses to GMing With Kids