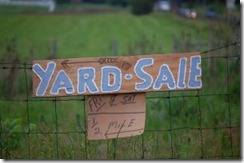 Herein you’ll find a handful of campaign seeds that are currently wasting away on the back burners of us gnomes, most likely never to be run.Â  I like to think of this article series as a sort of holiday tradition. Not only is it in the spirit of giving, but since the holiday season puts most games on hiatus and gaming lulls are potentially fatal, having a handful of new ideas at the ready is a useful early January tool.

This year fellow gnomeÂ Kurt ‘Telas’ Schneider also got in on the action, providing us with an excellent offering. Thanks Kurt! Just like last year, the only “price” for using one of these ideas is that youÂ  tell us how it went, and also like last year, we want to hear what’s on YOUR back burner. 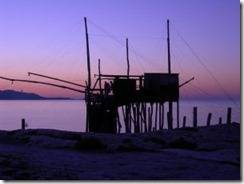 An idyllic main street town out of the 50’s sits atop whitewall cliffs, a winding switchback road leading down to ivory sands arrayed around a crescent cove. Perched on the shoreline is an abandoned cannery, a rusting testament to the town’s industrial past. The town is currentlyÂ  experiencing a population boom as families from a high standard of living city nearby buy homes in Shallow Cove, taking advantage of the lower property costs and the small town values to raise their families. What these settlers don’t know is that a war is brewing in the side of Shallow Cove unseen by adults, and their children (the PCs) will be caught between the local fairy courts as the Unseelie court and it’s manipulated teenaged thralls work to usurp authority from the Seelie court and their child heroes to release the entropy the Seelie has kept at bay for far too long. 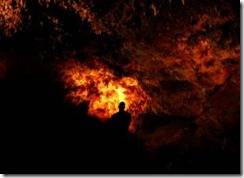 An underdark campaign featuring exploration, discovery, diplomacy and trade as the PCs search for other underdark natives and civilizations, from lizard-like half-men who farm mushrooms in the mucky runoff from the enormous bat cave above, to a roman-esqueÂ  outpost from the elemental plane of fire.Â  Most uniquely, magic in the setting is gained from discovering and performing rituals with or making totems from parts of great god-beings including a massive albino bat, a mile-long luminous fish found in a mineral laden underground sea, a velociraptor lord who haunts a steam filled maze, the morbidly obese lord of the ghouls, and others.Â  The hang-up that kept me from running this game was a shamanistic magic system, but it looks like Radiance House’s Secrets of Pact Magic might just be what this setting needs. 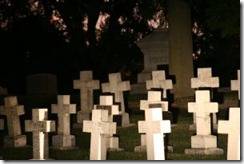 I originally wrote Cacophony as a Halloween one shot. It dealt with a pest control system that turned people with immature brain activity into zombie-like monsters. It wasn’t terribly good, but it was fun. More interesting was the campaign idea that came from discussing the original adventure with YMIAT owner (and till recently fellow gnome) Patrick Benson. The campaign goes like this: Run a short arc for ANY large-scale zombie apocalypse scenario from outbreak to the PCs discovering the cause and (helping) put a stop to it. The day is saved, end with a brief epilogue how the PCs have their 15 minutes of fame for their role in saving the world. Make sure the scenario hits two points really hard: humanity’s ugliness when desperate (looting, sacrificing others for their own well-being, etc…), and hard, hard, hard decisions (Do you help others at your own expense? Is it OK to execute zombies when there may be a cure? Can you kill a bitten friend or loved one?). Cut to a decade or so later, when small outbreaks of localized zombie activity begin to occasionally resurface. These new “nests” range from a couple clumsy and helpless corpses wandering around a funeral home to hives of advanced super zombies that require national guard intervention. This resurgence of activity prompts a “Where are they now” special featuring the PCs and an offer of a “Zombie Hunters” reality TV show in which they investigate and evaluate zombie nests. 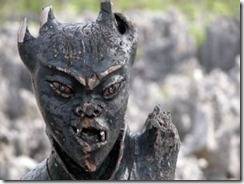 The PCs live and adventure in a collection of uneasy city-states. Conflict happens often, and life is hard chaotic and short. After a story arc or two establishing the status quo, cue the barbarian diabolist invaders! Sweeping in from a previously impenetrable mountain range, the barbarians quickly take several city states, and begin to gather resources to continue expansion. Checking on friends or relatives in the conquered city states, the PCs discover something interesting. Despite being barbarous demon-worshippers, the hordes are surprisingly well organized and have begun building infrastructure and public worksÂ which, among other things, means that conquest has actually improved the standard of living in the fallen city states. At this point, the campaign becomes a “hard decision” model. Who do the PCs side with? Rulers of city-states change with alarming regularity, so it’s unlikely they have loyalty to a particular one, but there’s a clear “us vs. them” dynamic, further aggravated by the fact that the barbarians are diabolists. Regardless of which side the PCs choose, the stakes become more dire late campaign, when they discover that the invasion is cover for a search for the physical body of the demon lord possessing the barbarian leader, which was buried centuries earlier in the middle of a shifting desert when his cult was purged by rivals. 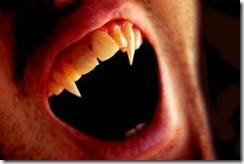 Tucked away at the back of the Nightspawn rulebook, you can find a suggestion for a historical campaign featuring their immortal shape shifters, but it would work equally well for any type of immortal. While they suggest running a historical campaign chronologically, the Night Eternal game is a bit different. Make immortal characters and then play fast and loose with chronology. Today we’re exploring the French Revolution. Next week, we’re playing in ancient Sumer. The week after, we’re in the modern era. You can approach this any number of ways, from asking the players to make characters, then defining statistical low and high points, and pinning them to time periods and using that scale to estimate what the character sheet should look like in any given era to, and this one is my favorite, just make shit up. If the PCs are grossly more powerful during the French revolution than they are in the modern day, life’s just funny like that. As long as you stick to each character’s Sine Qua Non, (except for the occasional game where deviating from that formula provides the fun) everything will be fine. That, and discovering why makes a kickass adventure hook for sometime in the future.

From the Desk of Kurt: 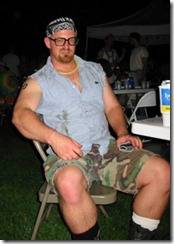 I’ve saved the best for (almost) last. Kurt provided me with this blurb when I asked if anyone else had campaigns they would probably never get to, and I’ve got to say it sounds really intriguing:

The party members may be anything, but have one stipulation – they must work for or with the same organization.Â  This may be a religion, a guild, or some other kind of large and diverse organization, but they must all be somehow strongly associated with it.Â  The initial adventure will draw them together and result in the party meeting their ‘sponsor’.Â  To a large degree, the sponsor’s role in the organization will be determined by the consequences of the party’s actions – success, failure, and collateral damage (if any).Â  The sponsor may take the role of Wise Patron, Traitor to the Organization, Change Agent, or something else entirely.

Stolen from RPG.net:
I have no claim to these two campaigns, I just think they’re incredibly kickass. You can find pages and pages of material for them at their original locations.
What may be wrought with this Hideous Might is a supers campaign where all super heroes come from secret government experimentation with the Mythos.
The City Built around the Tarrasque is a setting where the immortal tarrasque has been imprisoned and an entire society founded around keeping it from escaping, while (not so) slowly being corrupted by it’s influence.

It feels good to get all these off my list and available for everyone else. How about you? What would you like to get off your back burner?

19 Responses to GMing concept garage sale. Everything STILL must go!