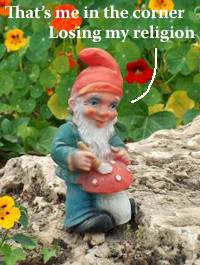 GMing 142 posts define and explore key game mastering concepts and RPG terminology. The reference to the meaning of life is pure coincidence.

Definition: A spotlight moment is a scene or a portion of a scene in an adventure that is entirely focused on one PC. During her spotlight moment, that PC — and by extension, her player — is the star of the game.

Beyond Definitiondome: Apart from what they actually do at the gaming table, your players’ characters are their single biggest and most important contribution to the campaign. The PCs are at the heart of every adventure you run, and your campaign is (or should be) all about them. Spotlight moments take this basic concept and refine it, distilling it down to its essential components and upping the intensity.

When your players created their characters, they were saying, “This is what I want to do in the game” and “I think these things are cool.” These are signposts, except they’re signs for you from your players instead of vice versa.

A player who creates a rogue in a D&D game wants to sneak around stabbing people in the back, disarm traps, fast-talk NPCs and so forth; a player who rolls up a hard-drinking, hard-hitting musclebound galoot for your Call of Cthulhu game wants to slug cultists, smash down doors and tote a Tommy gun under his trenchcoat.

Ditto with pure roleplaying aspects: If a player puts a hated NPC rival in his character’s background, it’s because he wants to see that NPC in the game; if he yearns to return to his dwarven homeland, actually getting there should be a big deal in-game.

In Your Game: On its own, making a skill check to disarm a trap wouldn’t be a spotlight moment for that rogue — that’s just a skill check. Being the only PC who can sneak down the trapped hallway, pick the lock on the door without waking the ogre on the other side and return with the key to the next section of the dungeon, however, would be. The same goes for running into that hated rival: The showdown, whether verbal, physical or both, will almost certainly be a spotlight moment.

The other half of a spotlight moment is that for that part of the adventure, that character’s player is also in the spotlight. She’s on center stage, and the other players are hanging on her every move. A good spotlight moment blends mechanical and/or roleplaying as well as social elements.

How do you handle spotlight moments in your campaign?