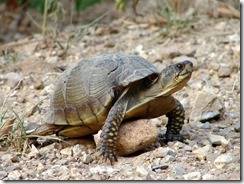 The puzzle really shouldn’t be that difficult. They have all the clues. Heck, you saw them write them down. The players are all veteran problem-solvers. Your spouse figured it out during a commercial break. (Your kid was even faster, but don’t tell your spouse.)

But there they are, nearly an hour later, still futzing with it. They have now come up with so many wrong answers that they’ll never solve it. And you know they’ll just hate it when you give them the answer.

Crap, the night’s a total loss, and you’ll have to borrow Ed’s miniature for another week, because they are stuck.

We’ve all been there, watching the group spin their wheels as they try to solve what should be a fairly simple problem. It could be a riddle, a whodunit, or something else entirely, but they’re not getting any traction. Either they’re entirely over-thinking the situation, or someone has aggressively glommed on to an incorrect assumption, or some evil spirit has taken over your normally well-oiled machine. (A more modest GM might also entertain the possibility that he or she came up with a crappy puzzle.)

Assuming that the players don’t want to just move on and forget about it, you pretty much have only two options. Obviously, you can let their wheels continue to spin. Eventually they’ll find the answer (for a given value of “eventually”). Or maybe they’ll choose poorly and die a horrible death. Or maybe they’ll accuse the Princess of the murder, and the entire campaign becomes a parody of a mockery of a farce.

Or you’ll have to buck up and help them out by providing some traction. Don’t fret about doing this; I resisted giving the answers for years, and missed out on what could have been some epic moments because of the unwritten rule of Don’t Help The Players.

“Wheelspin” happens to every group, for whatever reason. When it does come up, you should already know how long you’re going to let them spin, and what kind of help you’re going to give.

I’ve found that my frustration with the group’s flailing makes minutes seem like hours, so a real clock is helpful for tracking the wheelspin. Before looking at the clock, recognize when the players lose traction, and how they lost it. It’s not much different from the ‘Hot and Cold Game’ we played as kids. Once they start getting cool, check the clock.

For minor puzzles, I usually let the wheels spin for about 5-10 minutes before I step in. Major puzzles get more time, but rarely more than 20 minutes. Your group’s attention span and frustration levels will definitely be a factor.

While extremely complicated puzzles can take more time to solve, especially if they’re the climactic moments of a campaign arc, remember that it’s the wheelspin that we’re tracking, not the total time spent solving the puzzle. Also, these are really rough estimates. When the pieces are all falling into place, except for that one minor clue, and the entire group starts restructuring the puzzle to fit that clue, it’s probably time to step in.

What Kind of Help?

My favorite technique for something like this is the Juror NPC. Basically, this is someone who helps identify and verify the pieces of the puzzle so the PCs can put it all together. But if the Sphinx isn’t willing to wait for the party to have a consultation, you might need another approach.

Hints can be useful, but remember that you misjudged the group initially, and your hints may be equally off-target. Or they could point the group into a general direction, and they’ll still get partial credit.

Direct discussion is handy, but a word of caution. Players are smart enough to sometimes play dumb and let you gloat your way to giving them the solution. I prefer to play the part of the Juror NPC above, and question their assumptions (especially the questionable ones), and let them do the heavy lifting. Hey, if it worked for Socrates…

Ultimately, you may have to resort to the dreaded clue-by-four. Remember, it’s an act of mercy.

Regardless of which kind of assistance you provide, use the time they’re spinning their wheels productively. Find a way to phrase your question or hint, so as to redirect them with a minimal amount of interference. Because the more you do, the less satisfaction they get.

Have you watched the dreaded wheelspin? Got any horror stories or words of advice to share? Sound off in the comments and let us know!