Getting Started on the DMs Guild – Part 2: Publishing and Marketing 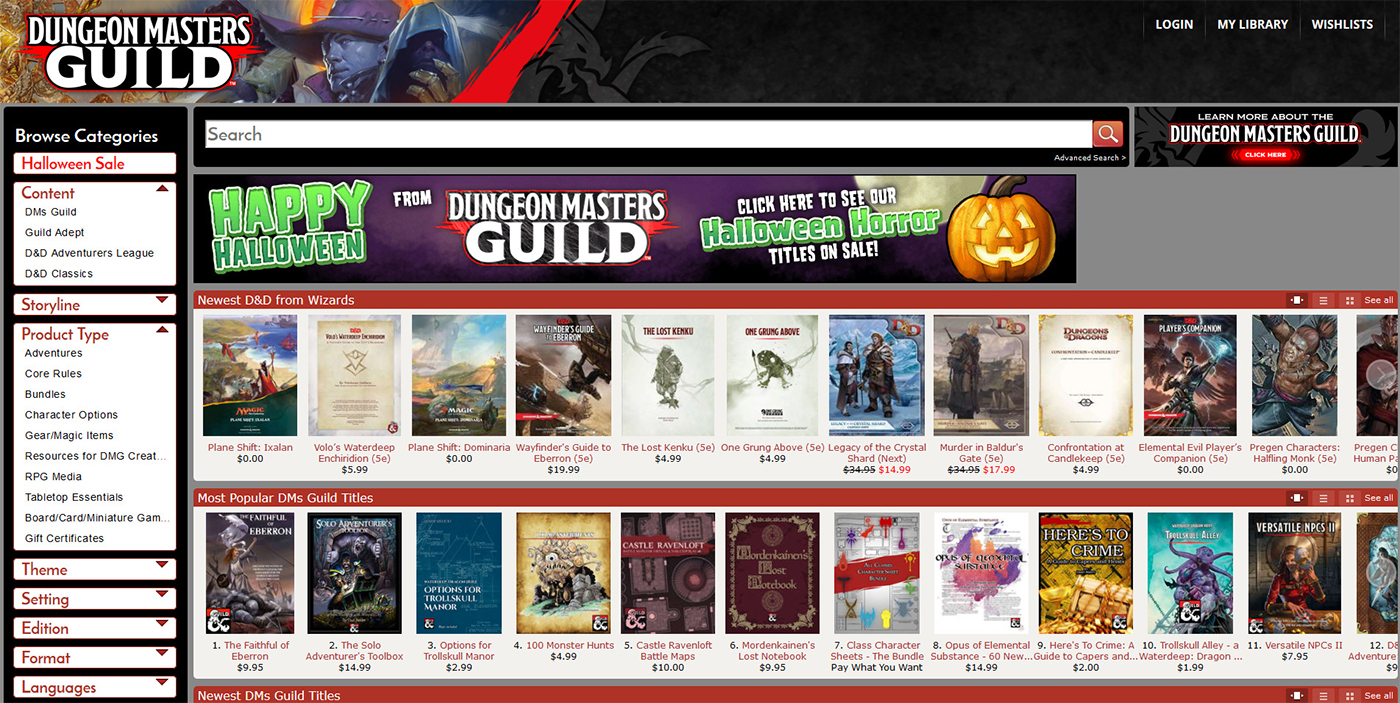 Welcome back, folks! I hope you found Part 1 enlightening because we are going to take it a level deeper today. You’ve crafted your beautiful D&D work and now you’re ready to publish it. But I want to talk about some of the foibles of publishing on the DMs Guild, because it’s not quite like publishing anywhere else. This is where I think I’ve tripped up the most, so come and learn from my mistakes so you don’t have to make your own!

Oh hey, remember how last time I started with the less-good stuff? I’m going to do that again. Some things on the DMs Guild don’t sell as well as other things, by a fairly wide margin. I didn’t include this in the previous article because I think it’s more important to write what you want to write than to write what you think will sell well. But since we’re going to talk about marketing, I think it’s important to bring it up now.

Player options like character classes or subclasses, character races, new spells, and new magic items sell very well in comparison to DM options like written adventures, monster and NPC stat blocks, or DM guides. It makes sense when you think about it; there’s at least a few players for every DM. Sure, a lot of players become DMs, but plenty don’t. In my experience, this can be a drastic difference in sales expectations.

To give you an example – my best-selling adventure, up until recently, had only sold about a third as many copies as my worst-selling compilation of magic items. To put that another way, my “worst” magic items still sold three times as many copies as my “best” adventure, if we were to use sales as a measure of quality (spoiler alert: sales are not a good measure of quality).

I’d like to reiterate – this doesn’t mean you shouldn’t write the adventure you want to write. You very, very much should. Writing just for sales or writing only what you think will be popular is a much faster route to failure than writing what you have a passion for writing. 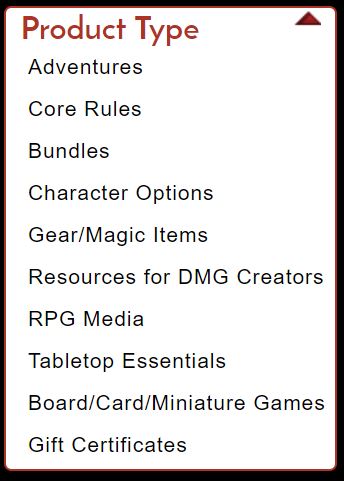 One of the things I struggled with the most when I first started out was how much to sell my products for, and I think this is still confusing for a lot of newcomers. There’s three options on the DMs Guild: full paid, “pay what you want”, and free. Free is pretty self-explanatory – you aren’t getting paid for this, it’s being given away. Don’t undervalue yourself. It’s fine to do promotional items for free, but I wouldn’t do it for much else.

Full paid is the flat rate for your product. I didn’t know this when I got started, but many writers on the DMs Guild use this very simple formula: # of pages x $0.10, then round up to the nearest 0.99 or 0.95. For example, if you have a 25 page product, that puts you at $2.50, then round up to $2.99. And yes, not bringing it up to exactly $3 is surprisingly important. I dropped several smaller products from $1 to $0.99 and I saw a fairly significant jump in sales. I don’t know why the human brain is this way, but it sure is. You can charge more, you can charge less, but this is a solid baseline, I’ve found.

Â Don’t undervalue yourself. You have a valuable skill and you deserve to be paid for it.Â

“Pay What You Want” is, and I’ll be blunt here, the worst of both worlds. 95% of the people who download your product just won’t pay anything or will pay a pittance. Again, this can work for promotional items, like one stat block from a larger collection that you’re advertising… but then just go with free. This is my experience; your mileage may vary. Don’t undervalue yourself. You have a valuable skill and you deserve to be paid for it.

As for what you get paid, well, you get 50% of whatever the item costs. If someone were to buy my example $2.99 adventure up there, I would get $1.50 and Wizards of the Coast and OneBookshelf would split the other $1.50 (full disclosure; I do not know what their agreed-upon split is and it probably isn’t pertinent here). This is… fine. This is part of why I mentioned going direct to DriveThruRPG way back in Part 1. When you publish on DriveThruRPG, you receive 65-70% of the item’s cost, not 50%. Again, use your best judgment. 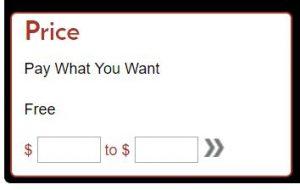 Lifecycle of a Product

There is, of course, an initial boom around the first week or two of a product’s release. The longer you stay in the “Newest DMs Guild Titles” promotional ribbon, the better. But what happens after that?

Â Hope for the best, prepare for the worst.Â

Well… a long, slow drop. Or a fast, sudden drop. I’ve had products see a trickle of sales for months; I’ve had others not sell a single copy a few weeks after release. I don’t have a good way of predicting this, unfortunately. But do know that unless you see massive, breakthrough success, your product is not going to keep selling in the same kind of numbers as it does the first few days. Never expect to have massive, breakthrough success. Hope for the best, prepare for the worst.

Sooner or later, most products outside of the top bestsellers hit a point where they’re kind of “dead”. They’re not really selling except maybe one or two spotty, inconsistent sales. That’s okay. That’s like the circle of life but for art. You can keep promoting them, but if you keep hitting up the same few sites, you’re going to reach a point of saturation, where everyone who’s going to buy a copy already has. You can stave this off to some extent by staggering your promotions. Maybe Twitter in the first week, Reddit in the second, Tumblr in the third. It’s not guaranteed by any means, but it can help.

You may not want to hear this, but the best thing you can do is get another product out the door, and the sooner, the better. A “career” of any kind of longevity on the DMs Guild depends on regular, semi frequent releases. If you can get a product ready every few weeks without burning yourself out or sacrificing quality, go for it. Link to your other products in each new release. There’s a ribbon on every product page for “Customers who bought this title also purchased” and if you can gain a consistent following, that eventually just advertises for yourself.

If you can build a reputation for quality, the work will speak for itself. Don’t rush releases if you are feeling like burning out. It’s better to release better work less frequently than crummy work more often. This is where the Facebook groups I mentioned earlier really come in handy – a lot of people work on collaborations for the Guild. Many of the most successful products are the result of many D&D creators working together. If everyone contributes a small piece of a release, it’s easier for everyone. Six or ten or twenty heads are better than one.

If you like RPGs other than D&D, there are other community content programs, though none are quite so large as the DMs Guild. There’s also the Miskatonic Repository for the Call of Cthulhu system, and the Storyteller’s Vault for the White Wolf series of games like Vampire: The Masquerade and Mage: The Awakening. I’m sure there are more in the works, in no small part because publishers have seen the success of the DMs Guild and want that for their own games.

So, that’s what I’ve got in terms of wisdom, folks. I hope it helps you and I wish you all the best when you publish your own DMs Guild content. Don’t be nervous, you can do it!

Tell us what you’re working on in the comments!

1 Response to Getting Started on the DMs Guild – Part 2: Publishing and Marketing