Getting Feedback From Your Players

Over at the Suggestion Pot, Gnome Stew reader and high-level Cleric BishopOfBattle cast Divination (or maybe it was Find the Path; I’ve taken too many negative levels in d20 to be an expert). Anyway, he asked:

How do the Gnomes go about getting better player feedback? Often articles mention "Ask your players" but I often have difficulty getting useful (or sometimes any) feedback from my players. 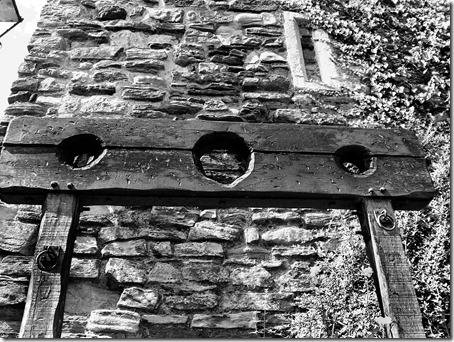 In a beautiful example of irony, this picture is from “stock.xchng”

This is not an uncommon topic. I’ve seen this come up at every seminar I’ve given, and most of the ones I’ve attended. For whatever reason, we geeks are not comfortable with giving or receiving criticism, or with the disagreement (and conflict) that it implies.

First off, get over it. Seriously. The process of feedback will make you a better GM, will give your players a better game, and will make you all more comfortable with each other. Once you break the surface tension (which can be considerable), it’s potentially a big win-win situation.

Possibly the most important thing to remember when asking for feedback is to not take criticism personally. Start off by telling your players that they’re free to speak their mind, and stand by your statement. Even if someone calls you a douchebag and the worst GM they’ve ever experienced, remain calm and ask them for examples. You can kick them out of your group and release your minions on them later.

Gamers are famous for poor social skills, and providing negative feedback to a friend may be entirely alien terrain for some of us. Remember that this is for a better game, not for ego-gratification.

If it does turn into a gripe-fest, keep your cool and manage the conversation in a positive direction by asking for examples and advice. “Okay, can you show me some ways to handle that situation that aren’t clichÃ©d?”

Humans are excellent at reading each other’s body language, and your entire group can shut down as the possibility of conflict rears its ugly head. Ask your players individually what they liked and didn’t like. Chat with them online between games, ask them on boardgame night or at lunch, or buttonhole the last player leaving.

Once you have some feedback, address some of the issues as a group; gamers are nothing if not effective at collaborative problem-solving. But getting that feedback may require separate interrogations interviews.

Likewise, “What did you like least?” is better than “Is there anything you didn’t like?” because it assumes that there is something that the player didn’t like. He or she should be more comfortable answering it, once that assumption is made.

This is one of those times when it’s okay to break the rhythm of the conversation and take notes on what you’re hearing. If it helps, email a copy of your notes back to the players for their assistance in expanding on them. This is also a great way to show them that you’re listening and responding to their feedback.

“Perform this simple task for me, and your reward will be great!” If you have some kind of in-game bonus that is appropriate for their feedback, offer it. I offer Bennies to my players for feedback, but extra XP or a rule-breaker card might work in your system.

The flip side of reward is punishment. I’m not suggesting that you dock XP or target a noncommittal player’s character with every attack, but a minion who suddenly turns and attacks the PC with a battlecry of “Feedback!” might be a handy (and humorous) reminder.

Don’t Just Stand There, Do Something!

Now that you have their feedback, use it. You do not have to completely change your campaign, your GMing style, or your gaming system, but it would be folly to ignore your players, especially after asking them for their opinions. Start small, and ask for more feedback afterwards. “Is that the sort of thing you were looking for?”

Got anything to add or disagree with? I promise not to take it personally (except from you, Patrick). Sound off in the comments and let us know!

15 Responses to Getting Feedback From Your Players