Get Inspiration by Watching Others GM 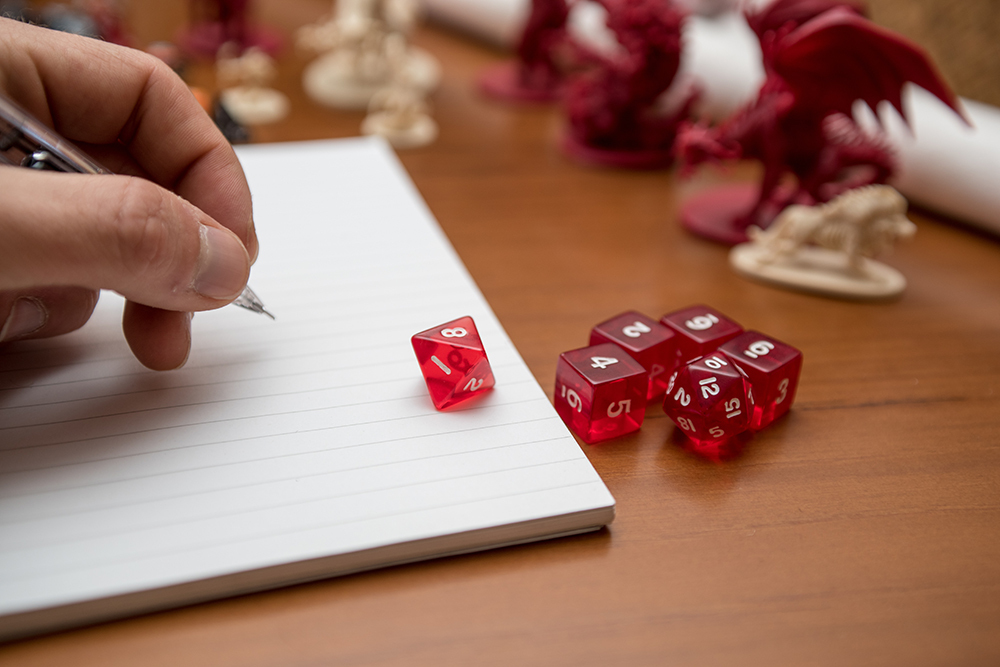 Set of pen, notebook and dices to play role game like dungeons and dragons. Writing with the mechanical pencil on the notebook.

Having a friend that is looking to DM a game in the near future, with another one having an eye on other systems to try GMing, I was asked for GM tips. There are thousands out there on the web, so what new thing do I (the guy who writes about GM tips) have to add that isn’t said as much? What do I believe helped me the most to actually get to where I am as regards GMing? The first and obvious one, like in any art (because GMing is art, and I will die on that hill) is just GMing because practice makes perfect, and you will learn the most by actually GMing. The second one (apart from reading my articles, but that wasn’t something I could do when I was starting out), is watching other people GM.

What do I mean by watching other people GM? Do I have to watch the entirety of Critical Role? I mean… You could, and it will surely help you, but not necessarily. I believe that every single person has their own unique GMing style. It usually changes as one attempts to find the GMing style they feel more comfortable with, but people tend to end up settling to one sort of style and make little changes with time. It’s just like finding an art style you feel comfortable with while drawing! You may be inspired by Disney animation, or maybe your favorite anime or renaissance painter, but you usually end up with your own thing.

By watching many different people GM, you will start to understand how they describe stuff to players, the moments they do pauses when talking, or look directly at one particular player’s eyes. There are small tricks, ways they manipulate the narrative, or point the spotlight toward someone. A DM like Matt Mercer focuses more on a rich world full of deep and interesting narrative moments, with NPCs that have layers and excellent voice acting. Matt Colville likes having a believable complex world, full of politics and drama, and excellently designed encounters.  Brennan Lee Mulligan enjoys having absurd, but deeply emotional moments in his games, with NPCs that may look dumb at first, but will end up breaking your heart, with his games having more of a primary focus on roleplay. Aabria Iyengar, Jasmine Bhullar, Chris Perkins, and Deborah Ann Woll are some other fantastic GMs I’ve used as inspiration for my games as well. If there’s something I recommend doing is watching those videos from D&D events that showcase new books. They usually invite dozens of GMs to do one-shots and show stuff from the new book.

Watching people you play with do it

Another fantastic source of inspiration are your own friends and game groups! Joining games as a player (if you can’t easily find one near you may I recommend looking for online games?) can help you learn from your GM as well! What’s important is that you learn the things you enjoy about those GMs you like styles and try incorporating them to your own games. I will never be as great of a voice actor as Matt Mercer, nor have the inventiveness for NPC creation Brennan Lee Mulligan has, but I do my best, and choose to be better in other things when I GM.

What have I got to learn from them?

Apart from giving you enough inspiration to create your own GMing style, watching other people GM can give you ideas you can steal for your own games! Even if one of your players is watching that actual play or playing in that game you stole the idea from, you can easily make some tweaks to make it your own thing. What’s more, watching others GM is a fantastic way to want to start GMing!

Do you consider watching others GM as important as I do? Which actual plays would you say have inspired you the most, and what have you learned from them? Let me know all about it in the comments below!

1 Response to Get Inspiration by Watching Others GM