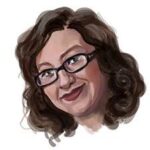 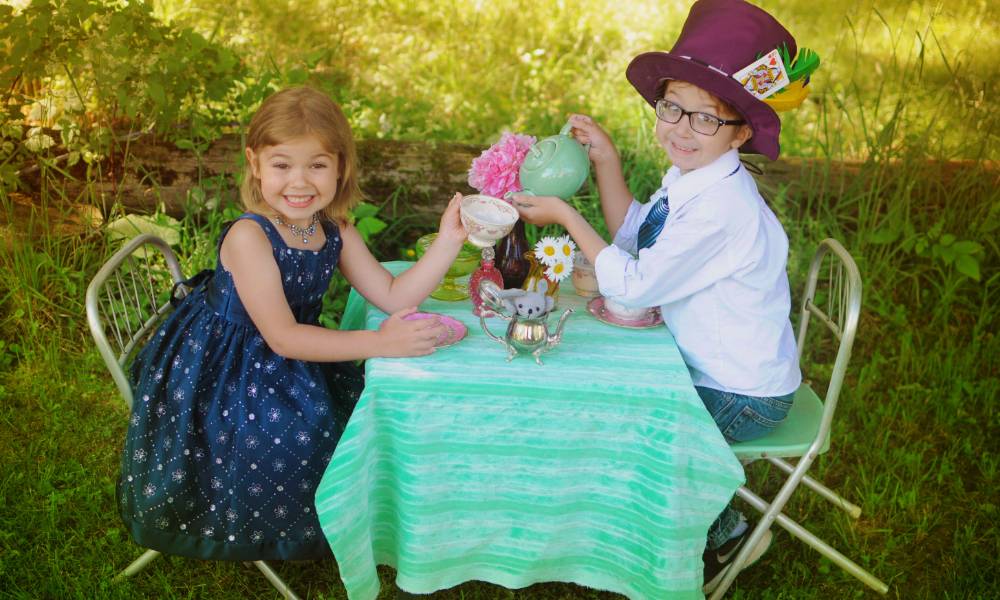 A lot of us can trace our gaming roots back to the days of brandishing sticks and pot lids as a sword and shield, rescuing dragon-held captives or fighting illusory villains. Childhood pretend play, or “Imaginative Play”, is an important developmental tool, but the benefits still apply to adults. Gaming is a natural extension of kid-land creativity.

They share several important traits, for one. Pretend play is notoriously hard to define, being that possible variations are as broad as the mind can fathom. However, a few traits are pretty well agreed upon: its self-directed, it exists in a primarily mental space, and it’s usually sociodramatic in nature. People who study play (talk about job envy) like Dr. Stephanie Carlson point out that, as free form and associative as imaginative play can be, it is not without rules. The rules may change, and they may be very broadly defined, but they exist. Think for instance of my pot-lids-and-sticks scenario. What are the rules here? Well, for one, the stick is a sword and the pot-lid is a shield. When I poke you with the stick, you are injured (whether I actually poked you or not is a matter of “did not, did too” debate). These rules, defined only by us and flexible as they are, provide the framework for the worlds we build in our mind’s eye. That sounds a lot like stats and dice to me. Watching the brains of children while they engage in imaginative play shows them “toggling between analysis and synthesis“– logic and creativity, or rules and roleplay.

Imaginative play is also focused on the experience, not the end goal. The point is to be the hero, not simply win the game. It’s what separates roleplaying games from war gaming or boardgames (which are definitely play, but of a different flavor). No matter how intense the roleplaying aspect of your campaign is, the point is the campaign itself. Otherwise, why not just roll extremely powerful characters and play out the final battle? It’s the same reason we don’t read the last chapter of a book and call it a day.

We game to have fun, first and foremost. But gaming/imaginative play offers a lot of other bonuses to our lives, even away from the table. In children, imaginative play is absolutely necessary to developing executive function. This is the fancy psychological term for adulting: having the skills and self-regulation to thrive. Executive function is the realm of self-control, flexibility, and capability, all traits that for a long time people didn’t connect to imagination at all. Studies have shown that kids primed for play are able to solve logical puzzles thought beyond their years and pick up knowledge of the world around them through play. Imagining their own worlds allows kids to practice setting and adhering to boundaries– like “the stick is a sword”. The other thing imaginative play encourages is empathy– pretending to be someone other than yourself implicitly means learning to think from a different point of view.

As adults, our brains aren’t quite the mushy glop of clay they were when we were bitty, but they aren’t static. Cognitive Behavioral Therapy is based around the idea that we can and do form new “neural pathways” all the time, constantly reprogramming ourselves. Cognitive Behavioral Therapy is also the therapy most employed when addressing executive function/dysfunction, operating under the assumption that we can learn to live in healthier, happier ways. If playing pretend is an important component of learning healthy behaviors, there’s no reason it can’t be employed to help us do so now. And if gaming is a form of playing pretend, then perhaps gaming can provide the same benefits by helping us practice those traits we wish to improve in ourselves. Socially anxious? Try playing an outgoing bard, and see what it teaches you.

In fact, that’s another benefit of imaginative play: the freedom, within a safe set of boundaries, to try on new personality traits or behaviors. I think all of us have had the experience of playing versions of our best selves, and also our worst. It was through playing a series of super sweet, sincerely kind characters that I came to embrace that part of my personality, something I long rejected as a weakness. If I hadn’t gunned to play a character outside my safe zone, I don’t know if I ever would have been as open to the possibility.

Empathy is the key ingredient to an experience like that, and as mentioned, it too is a side effect of playing pretend. Child *or* adult, that’s something we all need practice in, be it for the benefits of our crew or society at large. The connection between play and empathy is not without precedent. Dr. Peter Gray champions the theory that play, especially humor, and specifically games, was key to the development of our whole species. By stretching our monkey-brains with exercises that (literally) humanized us to each other, we found ways to cooperate and problem solve that didn’t involve braining someone with a rock. Solid skills for the modern workplace.

We gamers have a leg up on this whole play thing. “Fun” is something a lot of the world is now starting to give its dues, as evidenced by the whole adult coloring book phenomenon. It gives the tabletop industry an unprecedented opportunity to sell itself to otherwise skeptical markets. There’s a lot of evidence that adult brains are as capable as children’s to be creative and free associating, but that it is lack of practice that cripples us. Developing a gaming habit might be the ticket to open the door to a rich world that’s been locked away for far too long. It truly is a door, too. Imagination, it turns out, is a cyclical thing. The more you indulge in it, the easier it is to make use of it in otherwise banal situations.Â Wouldn’t we all be better off if our sticks could be swords again?

In what ways do y’all use gaming as play? Has it affected your life for the better?

2 Responses to Gaming as Imaginative Play