Games Within The Game 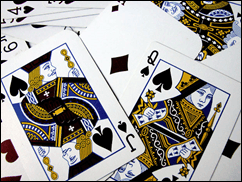 I’m likely going to make the world meta-explode with this one, but let’s take that risk and talk about games. Not just the tabletop games we play, or the video gamesÂ  we play when we aren’t running a game or playing in one. No, let’s talk about games within the games we play.

Amalgamation
When we sit down to play a tabletop RPG, we are actually playing a conglomeration of a lot of different types of games. The mechanical aspects of engaging in a combat are hugely different than the improvisational acting and back and forth that we do when roleplaying our characters. While not necessarily different games in and of themselves, they are vastly different from each other. The combat and mechanical sides are more like playing chess or a boardgame like Monopoly, while the acting elements are more akin to playing charades or Pictionary. Molded and shaped, sanded at the edges, and dovetailed into each with exquisite care, tabletop role playing games are great big patchwork quilts of other types of games we play.

It can be seen everywhere. So many elements of roleplaying games evolved from boardgames that it is hard to see the differences sometimes. The spate of Indie games that exist on forums like Story Games and the Forge are often so like boardgames and yet so like traditional RPGs that they and so different in other ways that determining which section they go under at a convention is a headache causing event. But it’s not just the past that merges into our games. Video games have had a huge impact on the tabletop gaming world. D&D’s current implementation mimics so many things about MMOs that I’ve often heard it called tabletop WoW. With such crossover in our hobby, it makes sense that there would be inevitable benefits and disadvantages to actually including other games into our games. 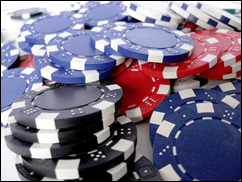 When I mention traditional elements in this sense, I’m talking about traditional games that came before tabletop RPGs started. Cards, chess, board games, and the like.

Savage Worlds, giving a nod to it’s progenitor Deadlands, uses playing cards for it’s initiative system. Everyone is dealt a card and the highest goes first. An element from a basic card game simplifies the often time consuming process of imitative. The players keep the cards on the table in front of them and the Game Master only has to look around to see who goes next. There are many ways that traditional elements from games can influence our tabletop experience. I scavenge pawns from board games to use as non important NPC miniatures. The players don’t bother looking at the pawns with any real interest and focus on NPCs I really meant them to be looking at in the first place. It eliminates some of the need for perception checks and populates the grid. Poker chips and other tokens/stones are prevalent at any gaming convention I go to. They are used as markers for action points, to show damage under a miniature, as indicators of plot points, or as an indicator of whose turn it currently is. While tabletop gaming incorporates many elements of traditional games already, there are thousands more that can find their niche in the gaming world.

Drop It In Straight 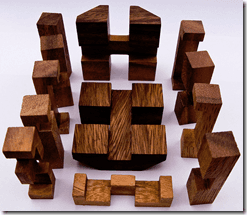 There are many instances when we can see a reason to drop another game straight into our current tabletop RPG and there are many dangers associated with doing it as well. Imagine how much more interaction you’ll get when you drop a simple (much simpler than the one at left) wooden block puzzle on the table as an artifact with a timer. The room begins flooding, the only way out is to solve the puzzle before the timer goes off. If the players make rolls with appropriate skills, they can pause the timer for 15 seconds but the only way to get out is to actually solve the puzzle IRL. They have a whole new tactile feel for the game…. or they are frustrated as hell. It will all depend on the group of players and what they find fun.

Games incorporated within the game can be incredibly fulfilling or mood altering devices. If the characters are negotiating over cards, no reason not to grab a deck of cards and deal out a simple card game that everyone knows. A chess board on the table can be an excellent prop for adding atmosphere, or even playing a human (miniature) sized game of deadly chess ala harry potter. Dropping other games in straight provides a more interactive mini-game atmosphere for the players, but it can also pause the action and interrupt the story. If gently incorporated into the story though, it provides myriad opportunities. You can write an NPCs in-game warning on one of the cards and watch the players covertly pass it from one to another without trying to look like they’re cheating. Structure it correctly, and the players sense of immersion skyrockets.

Incorporating Video Games???
If treated correctly, having the player whose character is the pilot of the starship jump in front of a video game console to do 3 minutes of hectic play on that very hard spaceship escape level can easily replace the 4 or 5 less exciting rolls. The player is graphically engaged, feels the sense of connection to his character as he actually pilots the craft, and the action can take less time if done correctly. You just have to be sure the other players feel engaged at the same time, because watching someone play a video game really isn’t what they came to do. If you can find a way to get them all involved you can score gold. Move everyone to the room and have them sit behind the player piloting. Encourage them to act in character for the scenario or give them a way to help him do things. 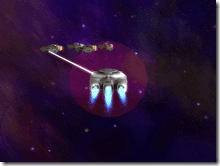 One thing that I encountered at a convention recently (a large part of the inspiration for this article) was a video game that seemed tailor made to be dropped into a scif-fi ship based game in just the way described above. Titled Artemis, it used one main computer and multiple other netbooks or other computers to simulate a starship bridge amongst multiple players.Â  Using one main computer connected to a screen, everyone has a station on the bridge and a role to fulfill. A designated captain can command things like piloting (one player pilots with a joystick/mouse), engineering, sensors, etc. Every player does something to help the ship fulfill its goal and no one is left out of the action. I don’t know about you, but that seems tailor made to be the ship flying portion of a sci-fi game. I spoke with the creator, and he mentioned that specific scenarios could be built by players. As a Game Master, I could totally see building a scenario in this for my players instead of running them through making rolls. It would be more fast paced, more interactive, and the prevalence of technology make sit much more likely to occure. Check out the video below for the full experience.

Just Being Inspired
Elements of other games, or whole games in fact, can be incorporated into your tabletop RPG, but so can ideas from other game sources. Drifting of elements from other RPGs is generally easy. You see the way one game does something and say, “Hey, that could work here too”. The names listsÂ  from Apocalypse world that I just wrote about is one such easy to drift element. They aren’t inherent to the game (a list of names as a concept can’t really be) but they are an inspiring element of it.

In the same way, I’m inspired by video games I play all the time. I like the feel of the story or a nifty mechanic of the game that I feel could be put into play in my game. “Wow, this jetpack level is fun. I’m going to see about incorporating that into my next game.” One mechanical element I designed for a game came into being after being inspired by seeing how fun games like God Of War and Shadow of the Colossus were with giant monster combats. I wondered why no game incorporated elements that let the players really fight giant monsters and target their weak points like that, so I wrote it into the game I was working on at the time.

Our tabletop RPG hobby overlaps so many other types of games that it is hard not to see the connections between them. Whether it is realizing that the initiative is derivative of rolling dice to see who acts first or having the players play an expedited hand of poker in real life if they are going to play it in the game, our games are built on top of and incorporate other games all the time.

Acknowledging and understanding these connections helps us to understand the games we play and take them to new levels. What elements of traditional games, board games, or video games have you drifted into your games? Do you have any success or horror stories about dropping another game in completely? What tips can you come up with for other readers for doing things like this?

6 Responses to Games Within The Game