Game Mastering is Not an Exclusive Club

You are one of a very special group of people: AD&D game Dungeon Masters. 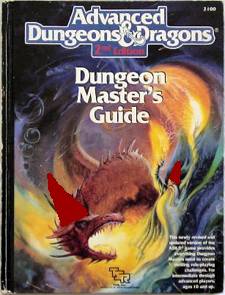 And I thought that was the greatest thing ever. A special group — that I was part of! That gave me a lot of confidence when I was starting out as a first-time GM, and it’s not an overstatement to say that it played a role — albeit a small one, perhaps — in my keeping at it for the 20 years since then.

It probably had a similar impact on other budding GMs back in the ’80s, and if you’re just starting out and reading it now inspires you, that’s awesome.

But I’ve come to realize that it’s not not an entirely accurate statement — game masters are not part of a special group.

Yes, there’s a division between players and GMs, despite the fact that at the end of the day we’re all players, and we all share the same goal: to have a great time gaming with our friends.

Is game mastering harder than playing? Yes. Is it more work? Yep. Is it more rewarding in some ways? Sure, depending on your personality.

So: There are differences.

But I believe the long-standing perception that GMing is scary, intimidating, or too much work — rather than something that each and every gamer should attempt at least once — is due in part to this perspective: the notion that GMs are special.

What we do can be special — but what our players do can also be special. And what everyone around the table achieves together? More special still — because that’s the magic that keeps us all coming back, whether we GM, play, or both.

Game mastering is not an exclusive club. 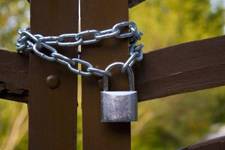 Just about anyone can do it. Not every gamer will like it; some will be better GMs than others; some folks won’t really enjoy it.

But the skills that make you a good GM, and the elements of the craft, can be learned by damned near any gamer old enough to get a handle on the basics.

If you want to be a game master, you can.

Hell, even if you don’t want to be one, you should try it at least once. Grab a published adventure for your favorite system, one that includes pregenerated characters. Read up on the bits of the rules you’re less familiar with, ask your friends to give it a shot with you, and sit down behind the screen for one night.

Know what you’re getting into, but don’t be intimidated by it, or feel that because you’re not already one of the GMs in your group you can’t become one.

To wrap up, let’s finish that introductory paragraph from the AD&D 2e DMG, because it’s awesome:

Your job is not easy. It requires wit, imagination, and the ability to think and act extemporaneously. A really good Dungeon Master is essential to a good game.

That right there? Truth, pure and simple. And the essence of that first sentence — about being special — is also true: When you GM, you’re doing something special.

Just remember that game mastering is not an exclusive club — and happy GMing!

14 Responses to Game Mastering is Not an Exclusive Club