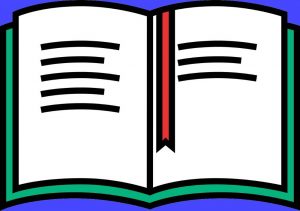 At a recent mini-convention, I was very excited to run Star Trek using my homebrew rules. I made sure I had my session notes, character sheets, dice, and a bunch of other things. Of course, what I forgot was the rules sheet. I had created a very nice table to help resolve most major situations (healing, combat, starship combat), and it was sitting at home on my hard drive.

In this article, we’ll look at some ways to cope with times when you forget something. Hopefully, this discussion may have broader implications in how we gamemaster in general. Here are some coping mechanisms I used for that game, and for other sessions as well.

DON’T TELL THEM
There’s no need to broadcast that you forgot some important part of your adventure. They don’t need to know the rules sheet is at home if you can still run a fun game. If you forgot a map, just pretend that you planned to sketch it out on paper. Also, they’ll never know that you are crying inside about that cool mini sitting on your dresser.

Homebrew games have an advantage because players won’t know the rules system anyway. As long as you are consistent and fair, you can probably run it from your head. This is especially true for simpler systems. If you are running a published system and forget a rule, you can simply say: “This is how we’re doing it for this game.” As long as you’re reasonable and everyone is enjoying themselves, most players will go along with you.

In closing, of course honesty is the best policy. If a player asks, you should tell them that you forgot the rules. Just tell them you’re running it as best as you can from memory, and things should be fine.

JOT IT DOWN
Remember getting a test in school and quickly writing things on the top of your paper? This works when you forget your rules notes too. Just jot down the main things you’ll need to remember, and add to them during play. For example, at my convention game, I wrote down the numbers for the success levels, and how much damage attacks could do. During play I realized I needed to add the numbers for healing as well. It was enough to keep me consistent for the duration of the game.

GIVE ‘EM A ROLL
When you just can’t remember rule, give your players a roll. Let them use any relevant (or even loosely related) skill or ability bonus and let the dice fall where they may. You can ask for two out of three successes for extended challenges or particularly difficult situations. This technique does two things. It saves you from a pickle, and gives the players a fighting chance. I’ve never had a player argue when they were given a chance at success.

THE SECRET WEAPON
The secret weapon is a regular six-sided die (d6). There are times when you just don’t know how to adjudicate a particular situation. In those cases, roll a d6. If the roll is 1,2 or 3, things happen in the players’ favor. On 4, 5 or 6, they don’t. This one is not original with me: I think it may have come from legendary game designer (and all around nice guy) Frank Mentzer. I use this one EVERY session, even when I have a rulebook in front of me. Rulebooks can’t cover everything.

CONCLUDING THOUGHTS
Playing fast and loose with the rules can work for a convention game or a one-shot. Your players may not be familiar with the system, or will cut you some slack even if they are (usually). They’re just hoping for a good time for a few hours. While it may not work for ongoing campaigns , it’s still good to have a few tricks of this nature for those problem days.

How about you? What tricks and techniques do you use to keep things moving? What do you do if you don’t have a rule easily available? Let us know below.

1 Response to FORGOT MY CHEAT SHEET