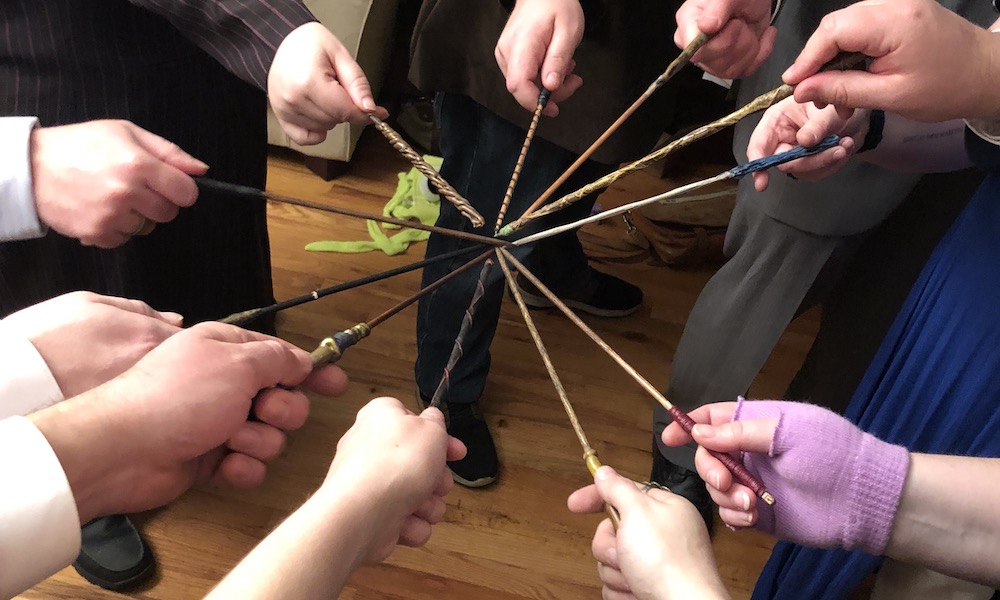 As a long time table top gamer, I’ve played a pretty wide gamut of games. I spent years in crunchy Pathfinder and 3rd edition D&D before my tastes in gaming changed and sent me on the hunt for games that give me the feels. My fun has shifted away from the joy of mechanical mastery to the joy of the story created through group improv and through making the most interesting choices, even when they aren’t in the best interest of my character. Enter the freeform/parlor larp: a confined one shot intended to be played in someone’s home or otherwise moderate space; frequently with little or no conflict resolution mechanics and focused on relationships in some sort of pressure cooker situation. Or y’know. That may just be the kind I’m really interested in.Â

Last night I played in my first ever larp. And I loved it.Â

There’s a stigma table top players have about larpers because we think that removing the table makes things more intimate and embarrassing and most of us remember that wild YouTube video from the early 2000s of some guy throwing ping pong balls and yelling “Lightning Bolt! Lightning Bolt!” over and over again. I never had a desire to move my mechanical mastery fun to a live action setting, but my interest began to perk up when my primary fun shifted to feels, story, and relationship drama. If what you enjoy are the more social aspects of gaming, then I can strongly recommend the experience — we’re already planning our next one.Â

There’s no table (of course).Â

A stronger social contract and clear rules for interacting.Â

There were no dice.

What was the same?

I honestly can’t believe it took me so long to try this since it’s right up my alley, and I’m excited to get the crew together and do more. Next time maybe ghost hunters or a murder mystery!Â

Do you larp or play tabletop RPGs exclusively? Do you mix them together?

We played A Wolf By Any Other Name, which is a New World Magischola and can be found here: https://www.drivethrurpg.com/product/209069/A-Wolf-By-Any-Other-Name