Well, I have to say, Dynasty Warriors gets a costume prize this year for dressing up as a Legend of Zelda game. Like, it’s cute. It’s like if you open the door for Halloween, and there’s adorable little Dynasty Warriors in a Kokiri Tunic with a Master Sword. How do you not like that?

It’s cool to look at, and it is a button-mashing good time. It doesn’t require a ton of effort to succeed in the game. Sure, there are goals and conditions for victory, but it’s not hard. It’s a smashy-smashy game. That’s okay. It doesn’t have to be difficult for difficulty’s sake. It doesn’t need a deeper meaning. This is not here to enrich any story line. This isn’t a revolutionary, “games as art” type of thing. It’s more like a pinata– hit lots of things, get cool stuff, and the game is just eye candy. It’s fun, and fun should be the reward of games. So treat yourself. Go hack and slash at things.

If we really want to dig deeper than that, it’s worth mentioning that there is a cornucopia of playable female characters. You want to play a female character and do awesome stuff? Sure, Hyrule Warriors CAN DO THAT.

Agitha– the adorable princess of the Insect Kingdom from Twilight Princess. Who doesn’t like a tiny person whomping baddies?

Ruto– Before you say ‘Eh, but she was really annoying in Ocarina,’ at least give her a chance before you think about writing her off. Personally not a favorite, but hey.

Fi– Well, it’s Fi. Technically, she’s genderless. And a sword. But she takes a female form, so I guess she counts.

Lana– Magic user, pushes the minimal plot along. Not too bad!

Impa– I personally thought Impa was one of the coolest of the lady characters. To be honest, if there was ever a Zelda game with Impa as the main playable character and a story revolving around the Sheikah? I would play the snot out of that. Just saying.

tl;dr: Hyrule Warriors is cool. It has something for everyone. If all else fails, you can just wreck faces with Link. It’s clobberin’ time. 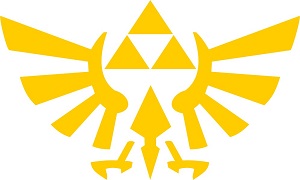 I don’t know what else you want me to say about it. Have fun!