I’m going to admit something right up front. I’m cheating with this review. I’m running a Dresden Accelerated game, and reading through this book is allowing me to review it, as well as potentially steal things for my campaign. Does that make me a bad person?

My love of the Dresden Files is what led me to start looking at Fate. I picked up the Dresden Files RPGs, and while I loved the “story” side of the RPG, I couldn’t quite grasp the rules. This was around the time that the Fate Core Kickstarter was going on, so I jumped on board, and as soon as I started reading the rules in Fate Core, things started to click.

As part of the Fate Core Kickstarter, a book called the Fate Toolkit was produced, which had a series of optional rules and concepts for handling specific situations, and some of these options were used to flesh out how Dresden Accelerated handles the same topics as its older sibling. The Toolkit mentions that future Toolkits for the system would be produced, and the first of the new line of Fate Toolkits is the Adversary Toolkit.

I have both the physical copy of the Fate Adversary Toolkit as well as the PDF, so this review is informed by both. The book is a lean 112 pages, with a single page ad at the end. The trade dress is similar to other Fate products, with the purple color denoting the Toolkit line. The physical copy is hardcover and digest size, and feels solid for a smaller hardcover book.

Like most of the core Fate products, the cover art is full color, and the interior art is black and white. The art is high quality, and a mix of different genres to illustrate various examples in the book. Yes, there is at least one image of a cyborg ape.

The Fate Toolkit Series and Introduction

The introductory sections of the book mention that this series is meant to be ongoing, with references to things like the Horror Toolkit. The design intention for these rules is to be modular, with the ability to swap out specific rules in other Fate games without changing anything except the specific rules being used from this series. The introduction then gives a brief overview of what the chapters are in the book.

This chapter introduces the broad categories under which adversaries get organized using the Toolkit’s rules, which breaks down to Enemies, Obstacles, and Constraints.

This is a short chapter, and it just introduces the concepts and describes them in a little more detail than I did above. I’m intrigued at this point, and I’m interested to see how all of this gets implemented in the actual rules. I’m also a sucker for well laid out explanations of what is coming next in a book like this, so I like that everything is defined up front.

This section of the book gets into the actual mechanics of how to make everything work. There are also numerous examples of the various types of adversaries, showing off the rules explained in this section in the example stat blocks. 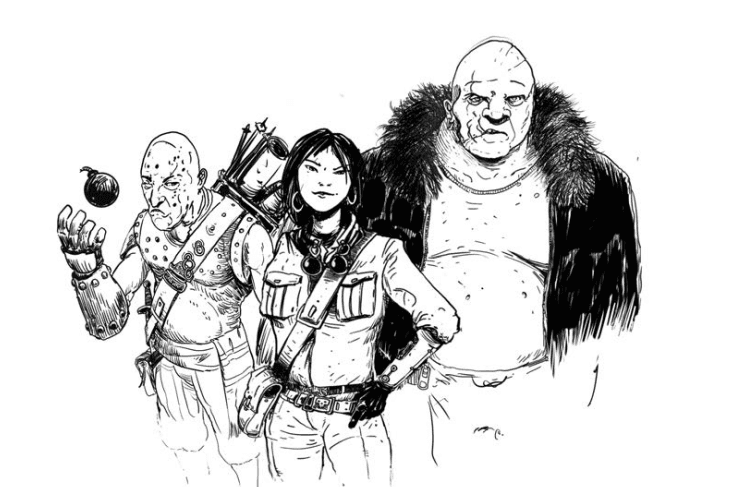 For many of the enemy types discussed above, there is advice on applying skill bonuses to what that enemy is designed to do, as well as using the Weapon rules to dial up or down the threat level. The book also addresses how many stress boxes and/or consequences different roles should have. There are also some example stunts that are intentionally not built to work as PC stunts. These might allow for a boss enemy to escape, or to give a big bonus in the situation where it will give the enemy the biggest advantage.

Much of the information on enemies revolves around asynchronous design, where you don’t build GM characters the same way you would PCs. This comes up in other Fate products (for example, several Fate products only assign minor characters special skills for what they are intended to do in a scene), but in this case, there are several pages of guidelines on what to “break” for your enemies and what effect that will have in the game.

I’m a big fan of grouping large numbers of lesser bad guys together as one character, and this chapter has rules on doing this on the fly, when those bad guys have been introduced as Fillers. There are some rules for throwing their stress boxes together in a specific way and what direction to remove stress from them, but I’ll be honest, grouping Filler enemies together is my least favorite part of the enemies section. I can see the advantage to doing it, but I’m just much more likely to make them into a slightly larger single enemy to begin with.

The next section is on Obstacles. The biggest difference between an Obstacle and an Enemy is that the Obstacle might get a turn in initiative, or just go off when a certain thing happens in the narrative, but the Obstacle can’t be directly stressed out. Some might allow for an Overcome action to determine how to shut it down, but directly engaging it is meant to be a multi-step process.

Distractions are put into the Obstacles category, but they feel a little different than the other two. They are meant to put some texture into an exchange by causing the players to decide. Innocents need to be saved, which might let the bad guy escape, for example. The book introduces a format for detailing Distractions, which helps the GM determine the purpose it serves in the scene.

The final section in the Building Adversaries chapter is Constraints. Depending on how they are used, Constraints might be more like modifiers used for enemies than actual adversaries by themselves.

Limitations are modifiers meant to make certain direct actions less desirable. A pool is filled with electric eels, a room is flooded with radiation, etc. They mention establishing a Limitation as a Fact or an Aspect, and how if you establish it as an Aspect it has more application to the rules. I think the discussion on Facts should have been a bit longer, because I’m not sure why I should use a Fact instead of an Aspect in this case.

Resistances are essentially hard pronouncements. A creature can only be harmed with X. No starship can fly past the boundaries of this nebula without special shielding. Narratively, a thing cannot be done unless a specific other thing is used or done first. I like the hard narrative statement, because other implementations of similar rules in other versions of Fate have felt a little clunky. There is a lot of freedom in determining how to get the “key,” so limiting the solution to the big problem is just one part of the story that doesn’t need to be overly mechanized.

This section gives an in-depth discussion of planning the zones that you use for exchanges, and how to place things like Blocks and Hazards within those zones. I will freely admit, I’m pretty loose on establishing more than two zones or so at a time, and this section shows the benefit of putting some thought into those potential zones that could come up, but haven’t when the exchange starts.

On top of general advice on designing zones with adversaries in mind, there is some discussion about relative zones and conceptual zones. Relative zones can be used for things like chases, where the area that the character inhabits is based on context. This section also mentions that when using things like relative zones, characters might occupy more than one zone at a time. For example, you might have the city where the chase is taking place, with its own aspects, and the character is in the city zone, as well as the “a few steps behind” zone in the chase. 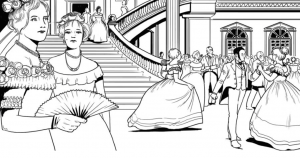 This section of the book is by far the largest section, and takes up over half the pages. With a name like Rogues Gallery, you might expect a large number of pre-made adversaries for a game, and you would be right. However, those pre-made adversaries are all collected in adventure outlines that you can use for one shots, with advice on how to expand those one shots into short campaigns, as well as thoughts on how to drift the adversary and the situation into other genres.

The genres used are Fantasy, Urban Fantasy, Cyberpunk, Pulp, 80s Action, Space Opera, Spy Thriller, Supers, Post-Apocalyptic, and Regency Romance. Examples of all the different rules introduced in the previous chapters can be found in this section, but not every rule is used in every example adventure. This makes sense, because the whole point is using the right tools for the right job.

The Cyberpunk and Post-Apocalyptic adventures felt a little flat to me, but they certainly serve to illustrate using the rules in the context of those settings. If you are wondering, 80s action could be read as “G.I. Joe,” and Spy Thriller could be read as “Mission Impossible.”

I really love the inclusion of the Regency Romance scenario as an example of a Fate game that revolves around social interactions instead of straight up combat. There is a brief discussion of the conceptual zones in this one, but it feels like it could have used a deeper treatment.

Straight up, this book does what it says it will do—it’s a toolkit to make using adversaries in Fate simpler and more effective.
Share15 [1]
Tweet9 [2]
Reddit [3]
Email [4]

If you want options for building adversaries that are simple and straightforward, and should work even if they don’t engage all the special rules in a particular version of Fate, this book should serve your purposes. If you want a book that is going to give you plenty of Fate scenarios for short campaigns or one shots, this book is also going to work for you. The discussion of the more tactical use of zones and the proper levels of skills and application of the weapon rules is going to be extremely useful for GMs that have been running Fate for a while. Straight up, this book does what it says it will do—it’s a toolkit to make using adversaries in Fate simpler and more effective.

Free Invoke of a Consequence

I wish the book had spent more time on the conceptual zones, and given a few more detailed examples of using them in the sample adventures. Some of the sample adventures felt a little flat. I wish there had been more than one adventure that revolved around social or political maneuvering, rather than physical combat, since Fate can adapt so well to other kinds of stories. I would have liked a more traditional collection of enemies, obstacles, and example constraints all in one place, instead of sprinkled throughout the book as contextual examples—although I think if the book only has one or the other, the contextual examples were the right call.

TL/DR Recommended—If the product fits in your broad area of gaming interests, you are likely to be happy with this purchase.

If you are generally interested in Fate, it’s unlikely you will regret picking this book up. Not only does it give you solid guidelines for building adversaries that do what you need them to do in the scene, in a clear format, it also gives you several options for one shots or short campaign ideas in addition to the rules for building and modifying adversaries. It does what it says on the cover, and then goes a little bit beyond.

If you have the Fate Adversary Toolkit, let me know what you think of it. If you have some ideas on what you want to see in the future (specific products or broad games lines), let me know as well! I would love to hear from you.