No matter how roleplaying heavy or interactive a game is, it usually contains conflict that the characters engage in. I can’t remember ever having played in a game where there was no challenge for the characters to overcome. Even in the most non-combat oriented games I’ve played in or run, there 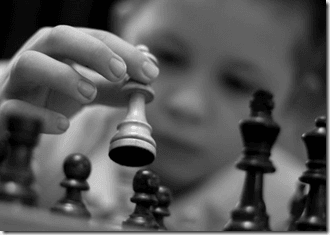 was something for the characters to set themselves against. In a game of Bunnies & Burrows that had no combat, we had a food shortage and pilgrimage that needed to be undertaken and played out. What I’mÂ  getting at is this: Every game you play is going to involve Win Scenarios. More than just the goal of the party, a Win Scenario is what happens when the characters overcome a challenge and get a sense of success. In my next sentence, I’m going to be that dick who makes a generalized statement that is full of logical holds in order to prove a point.

If you think you know all of the Win Scenarios your game has, you are missing out on a lot of places where you could be enabling player fun.

Sure, the Win Scenarios for a game seem pretty obvious when you are the Game Master. You probably even have them written down in your notes as party goals or things the group needs to do to succeed. They probably seem like simple, easy to define things about your campaign, such as:

Maybe you break them down even farther into chapter goals like:

And maybe you even think of player and character goals as Win Scenarios that need to be enabled. Things like:

These are all Win Scenarios, but thinking of a Win Scenario like this is missing the point and might make you gloss over hundreds of better ones in each game.

A Win Scenario really boils down to just one thing. It makes the player FEEL successful.

The word feel is important and it conveys a lot about this particular paradigm. Win Scenarios are anything that gives the players a sense of achievement. It might not change the game or provide a reward in the traditional sense, and it mightÂ  not get them any closer to their main goal. However, if the player feels they’ve come out on top or gained something from the situation, then it is a Win Scenario.

Making The Most Of Win Scenarios

At this point, you might be thinking that good ol’ John has lost it a bit. Of course anything that the player accomplishes can be a Win Scenario. Beating down the monsters is a Win Scenario, or making a roll and successfully bypassing a challenge is one. Well, duh. There are a lot of moments that go on in games that can be so much more fulfilling than that though. Mechanical aspects of a game are just that. They are mechanical. They are achieved by dice rolling and character building, not necessarily the player engaging in the game. Let me throw some examples out there to make this concept clear:

Find Out What Win Scenario The Players Want And Make It Happen
Win Scenarios can be pre scripted events or success over mechanical situations, but they can also grow organically in response to the players’ actions. As the Game Master, you should keep your eyes open for situations that could provide incredible Win Scenarios. When you find one, you should ask yourself two things. First, what does the player seem to want to get out of this? Second, can I make that happen without seeming like I’m giving it away?

Remember, a Win Scenario still relies on overcoming a challenge. Whether the player is giving you subtle hints about their desired outcome by how engaged they are in the situation, or whether the situation is pre-scripted with an easy to determine Win Scenario, it relies on their being some challenge that is overcome.

I’m sure that this felt like common sense to a lot of you, but what you do think about Win Scenarios? Do you have any examples of unexpected situations that ended in Win Scenarios that the players really felt great about? What did you do to facilitate those situations?