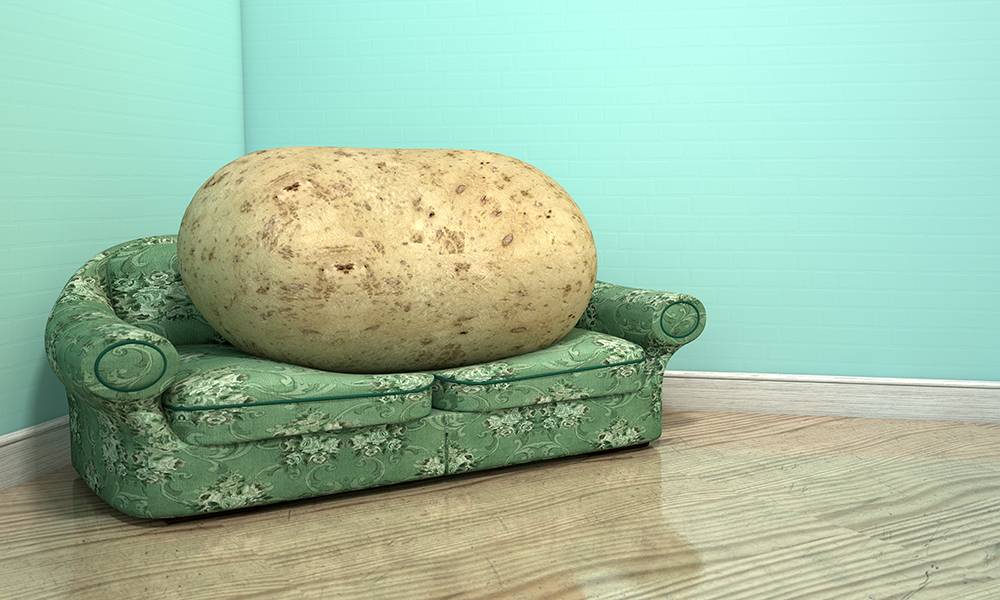 If you’re not going to DO something, you may as well be a potato.

You’ve worked hard prepping for a game with some interesting investigation scenes, cool action sequences, and plenty of opportunities for roleplaying. Bringing it to the table, most of the players dive right into it, but during what you thought would be an exciting scene, one player shrugs and declares, “I can’t do anything here.” Good GMs work hard to provide opportunities for everyone at the table, but unfortunately, you can lead a player to the action, but you can’t make them do anything they don’t want to.

This is player behavior I began considering recently after running two games at Origins. In both the games I ran, there were varying degrees of players failing to engage with the scene or the game as a whole. One of those games was particularly frustrating for me because the character failing to act had been pivotal during the playtest I ran.

Before I go any further, I want to caveat that players failing to find something for their character to do isn’t always their fault. Good GMs seriously do need to plan and run their games looking for ways to get everyone involved. You’ve got to balance the session or the campaign around making sure everyone gets to do their thing during the game at least some of the time. Bad or weak GMs may not consider the characters in play when designing their adventures or even may squash people doing things they don’t expect.

All that said, it is ultimately up to the player to find ways to get their character into the thick of things. Not every scene is going to be suited to you doing that one thing your character is really good at. But just because you can’t do that one thing doesn’t mean you just sit there or go wait in the car until everyone else finishes up. Well, you could, but what fun is that?

This whole situation was really brought home by the one game at Origins. I had run a playtest a couple weeks beforehand, so I could make sure I understood the system (at least passably), be sure the PCs worked, and that the scenario itself was solid. In that playtest game, a reporter with fae leanings was played by a player who got her deeply involved in the investigation and made her essential for the resolution of the problem they were dealing with. At Origins, the exact same character did no investigating and had to be prompted to do anything. And even when prompted, the player struggled to come up with something for the character to do.

Don’t be that guy. You know he loses in the end.

Not long ago, Senda wrote a great article talking about the difference between proactive and reacting gaming. This was something else completely. This wasn’t a difference in preferred play style as much as it was a difference between players understanding HOW to get involved in a game. One player took a look at the character and saw all the opportunities she presented. The other player took a look and only saw the character’s limitations.

Some of this difference could be chalked up to experience. During the playtest, the character’s player was someone who has been playing for years and is someone I count on to always dive headfirst into whatever game or character he’s playing. The player at Origins seemed very hesitant and uncertain and somewhat inexperienced with roleplaying games. While I did what I could to coax her into getting involved, trying to run the game while also doing that was … difficult.

It isn’t always a problem with experience, though. I’ve seen otherwise seasoned players do the exact same thing when they’ve gotten themselves into a repetitive rut with their characters. They’re so used to doing the same thing over and over again, they fail to start thinking creatively about what they could do when they can’t do that awesome thing.

So, what’s my point with all of this? Players, just DO something.

Yeah, maybe you can’t do that one thing your character is really good at, but you’re still there in the scene. Not being able to do your shtick doesn’t mean you can’t do anything:

You’re in a game, you’re playing a character. Get involved and just DO something. That’s what we’re all at the table for, so dive in and get involved!

6 Responses to Don’t Just Sit There!