Do We Really Need Our Special Powers 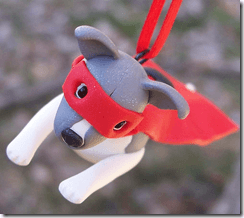 While watching Star Wars the other day, okay Something, Something, Something, Dark-side, I realized that very few people in the Star Wars stories(aside from Jedi) had that many “special” powers. Sure the Jedi and Sith are the powerhouses of the universe, but for the most part everyone was on the same playing field. Tech of course made some people better *cough cough* Bobba fett *cough cough* and a few alien races had one or two special abilities, but there weren’t that many. While I’m sure that I can be proven incredibly wrong about special powers in the Star Wars universe, one thing struck me upon considering the special powers question — awesome abilities is not where the drama and action of Star Wars comes from.

Thinking about similar movies -Â  like Indiana Jones, Serenity, Conan, or Flash Gordan, one of Star War’s inspirations – there are few instances where the heroes have special powers. Though they may be portrayed as the peak of humanity, they rely on skills and natural abilities as opposed to magically or specially granted powers.

Powers Everywhere!
Looking through the gaming books on my shelf, it occurs to me that most games and characters rely on some kind of special powers. Of the 10 base 3.5 D&D classes, only 3 jump out as not having “special” powers built in (Barbarian, Fighter, Rogue).Â  Moving into 4e, where everything is set up as a power, the number of classes without something that could be considered special drops. (Mind you, many of the 4e powers, for some classes, are merely mechanical representations of extreme combat skill.) But D&D is also fairly reliant on magical items, which grant abilities outside the scope of human ability. Games like Gurps, Besm, Savage Worlds, and Fudge are so open-ended in their character creation that characters might have any variety of special powers or not. It all depends on the limitations the Game Master puts on the game and the game setting.

On the other hand, games like Call of Cthulu, Indie games that focus on specific themes, many horror themed games, and many licensed property games pit regular humans against great threats without the aid of powers or magic. I’m sure there are many other games that take this approach as well.

Do we need them?
I don’t think special powers are bad in a game, not by a long-shot. I enjoy playing games where my character is INFINITELY more awesome than I could ever hope to be. I just notice that a lot of games grant powers like candy, or at the least treat PCs as better than regular people.

I wonder if special powers (or that better than regular people feeling) are necessary to the enjoyment of a game. One of my favorite heroes of all time, Dr. Henry Walton Jones, isn’t anything more than a guy with an awesome mind, a well trained array of skills, a whip, a gun, and a hat. I love the feel of the Indiana Jones movies, and games that emulate that “pulp” style. The best game experiences I’ve had (as a player) are in games like this, where my character wasn’t “above” the rest of the world, One of my favorite characters was in a Star Wars games where I played a Brash Pilot, without any mystic abilities.

(Image Here: http://www.flickr.com/photos/ittybittiesforyou/ / CC BY-NC 2.0)
This post is brought to you by our wonderful patron Carla Everson, supporting us since July 2016! Thanks for helping us keep the stew fires going!

17 Responses to Do We Really Need Our Special Powers