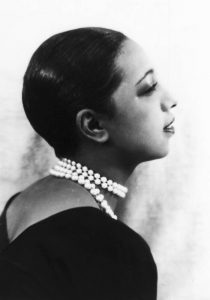 Sometime last week, I got a message from a friend who was starting the early stages of his prep for next year’s convention games and wanted some advice. His dilemma was that he wanted to run a Hollow Earth Expedition game that was faithful to the 1930’s setting, but still provide characters that are friendly for a table of diverse players. Looking through the archetypes in the book, he was drawing a blank on ways to include female characters that would make sense in the much more chauvinistic pre-WWII era.

Back when I wrote the article on character gender in RPGs, I mentioned that it was still all too common for convention GMs to come to the table with a cast of only male characters. While it’s definitely not as bad now as it was back in the late 80’s when I first got into gaming, it’s not uncommon to still run into a lack of interesting female characters. Many of the games we play encourage a more egalitarian approach to characters, but not all GMs or players think to bring that variety to the table.

To my friend’s credit as a really awesome GM, he often gets a table full of repeat customers, including many women gamers. Because of this, he’s well aware of the need for a diverse cast of PCs, but in trying to stay true to the time period of the setting, he was drawing a blank on what to do for interesting female characters that wouldn’t feel out of place or anachronistic.

Hollow Earth encourages character creation based on archetypes, so I quickly ran through them, throwing different character ideas at my friend:

I always wanted to grow up to be Marion Ravenwood.

As a female gamer, and someone who primarily plays female characters, I’m always thinking of ways to make strong, interesting female characters that fit in archetypes that would be stereotypically considered male. For the convention games I run, my pregens are always an equal mix of female and male characters, or characters that could be tweaked to be either gender. The area where I have to push myself is in creating characters from outside my own culture and ethnicity. Players don’t need a mirror of themselves in the characters they play, but it can be nice to have an aspect of familiarity they may recognize or identify with. Since, thankfully, not all the players are going to be exactly like me, I like trying to provide a variety of characters.

Not every array of characters needs to be a rainbow of diversity, but it’s good to bring some variety to the table for the wide assortment of players you might get.
The idea of diverse characters should also extend to thinking about the NPCs we bring into our games. It’s easy to fall back on stereotypes and tropes that are familiar, but many of those are very homogenous. The friendly male bartender. The stern male blacksmith. The slimy male politician. The hardworking male beat cop. The chatty male shopkeeper. Sure, these are an easy shorthand every GM should have in their mental toolbox, but our games could be so much more textured if we take a moment or two to add some variety and flavor to the NPCs our players meet.

I’m guessing the conversation with my friend helped because he came back shortly with four different female character concepts that will all work nicely with the setting and the game he’s planning on running. Not every array of characters needs to be a rainbow of diversity, but it’s good to bring some variety to the table for the wide assortment of players you might get.

What are your experiences with pregen characters or NPCs where you’ve mixed up expectations and brought a little diversity to the table?

Addendum: When I published the article, I hadn’t had a chance to clear mentioning him by name, but the GM I’m referencing is Ed Rollins who runs for Matinee Adventures, a group that runs games mostly at Origins, but some other cons as well. If you get a chance to play with them, I highly recommend it. They give good game.

9 Responses to Diversifying PreGens and NPCs