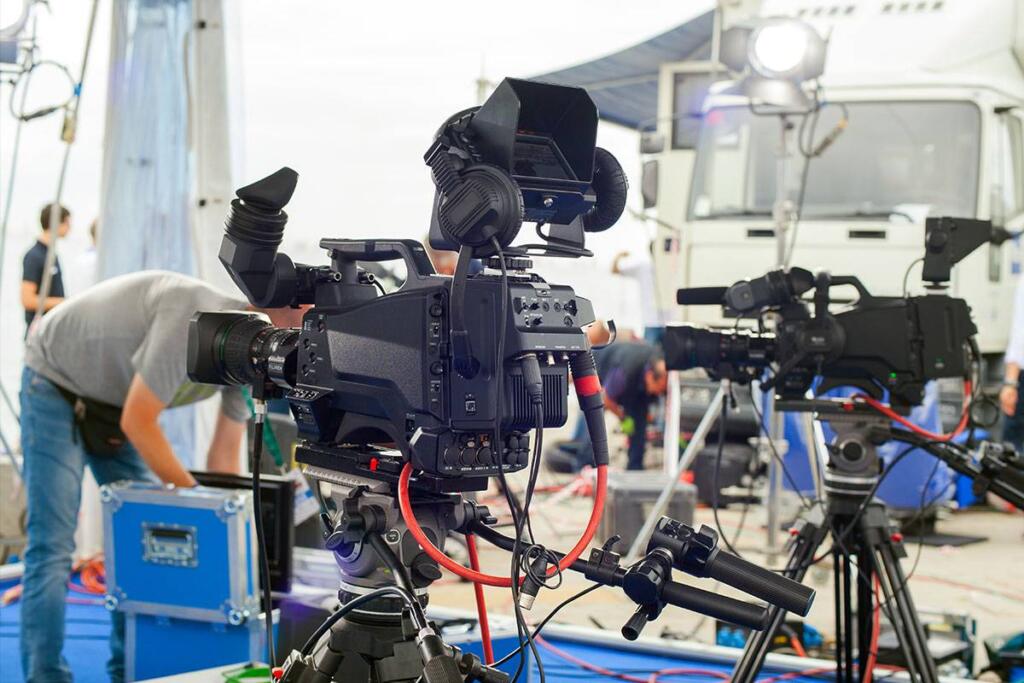 I was playing in a game where Amit Moshe (City of Mists) was running us through a noir based supernatural game. As our characters were running around, using our powers to chase down a cult, and playing a generally narrative based game, Amit said something that solidified a bunch of nebulous thoughts I’d had about how to narrate things as a Game Master. Amit said “And now let’s direct the camera out from our current group, up over the rooftops of the misty city, and back down on the cultists at the old church . . . “.

Direct The Camera struck me in my brain pan and put a nice bow on a lot of narrative concepts I’ve worked with. I have a background in video production, at one point in time in my life having worked on audio and video production for sports, PBS stations, and corporate video, as well as my own projects. A lot of the similarities in putting together a dynamic and ever changing story that I love about gaming dovetail into what I love about movies and TV as a medium for telling a story with many avenues that information can be delivered. When Amit called out Directing The Camera, I realized how much I GMed in that style already – describing what might be seen by a viewer watching the TV show of the game I was running, putting together basic animations to start off campaigns, thinking of sessions as episodes in a story arc, etc. I’ve written many articles about it and even 1/3 of a book with a theme of a movie studio (Focal Point) to codify the GMing advice.

Looking Behind The Curtain

Calling out the movie-themed nature of the narrative was a totally different step into the meta sphere that I’d never really considered taking, but in retrospect I realized how incredibly useful solidifying that experience for the players can be. In many ways, the group at the table is the audience for the story they are telling, but their experience is of the actors and people pushing the story along. In a game that relies heavily on rails and structure, the group may be feeling much like the audience, feeding the machine with the proper actions to move it forwards, but in more open games the group feels their ability to modify the world first and often forgets that other things are going on around them. Directly calling out the “Camera” moves them temporarily into the audience perspective and directs their attention to the action in a way they may not have considered.

Moving the camera is as simple as saying that you are doing it. When you would otherwise describe that “the plasma blasts come flying through the air, impacting around you and leaving scorch marks on the metal walls”, imagine the epic way this would look if it were a movie, and call out the camera like so:

“The guards blaster fires, and the camera swings away from you to the guards face, his eyes squint as he aims, the camera moves to the barrel of the gun with the light and plasma blast escaping from the end in slow motion. Fire flares out the exhaust vents on the side and the oval of light and sun-hot fire flies through the corridor in slow motion, moving past combatants, looking like it is standing still and the world is moving around it. As it reaches near you, the camera zooms out and the blast impacts in the wall right next to your head. Ok, what next.”

This narration, calling out the camera and taking the simple scenario and turning it into a cinematic moment, functions much like a cut scene in a video game would. Even if you don’t go into the same detail, the step aside from being actors in the action to being the audience creates a secondary perspective for the players, one of thinking of the action going on as a cinematic experience. They may already be imagining these incredible things in their head, but calling it out with a small bit of narration from the “camera’s” perspective, helps them do this alongside all of their thoughts about how to overcome the BBEG and when the pizza is going to arrive.

A Little Goes A Long Way

The technique of Directing the Camera is something that has a deep impact, and works well when focusing on the actions of NPCs, the reactions to incredible moments, and when revealing some information to the players in a more interesting way that you want them to focus in on. It isn’t the sort of thing that you want to use for every narrative element in your game. Narrating every attack this way would quickly make it wearisome and time consuming, but doing the first attack of the epic combat, or using a quick camera narration for every third or fourth attack of the boss as it pummels a character with multiple attacks really increases the narrative tension and engagement.

Directing the Camera is really just a re-categorization of a narrative technique that a Game Master already does. We already narrate the events as if there is a camera on them. Whether that camera is our own mind’s eye, the eye of an invisible audience member, or the eyes of a bystander in the scene we are describing, calling out the camera makes it an agent and puts the players in dual places – one within the action and one watching it. It’s almost like grabbing the player’s head and making them see things from a certain perspective, just without any physical assault at the game table.

What narrative techniques do you use to control the player’s perception? Have you found that breaking the 4th wall in this way increases or decreases immersion? Did you have a eureka moment like I did when Amit used the phrase in his game?