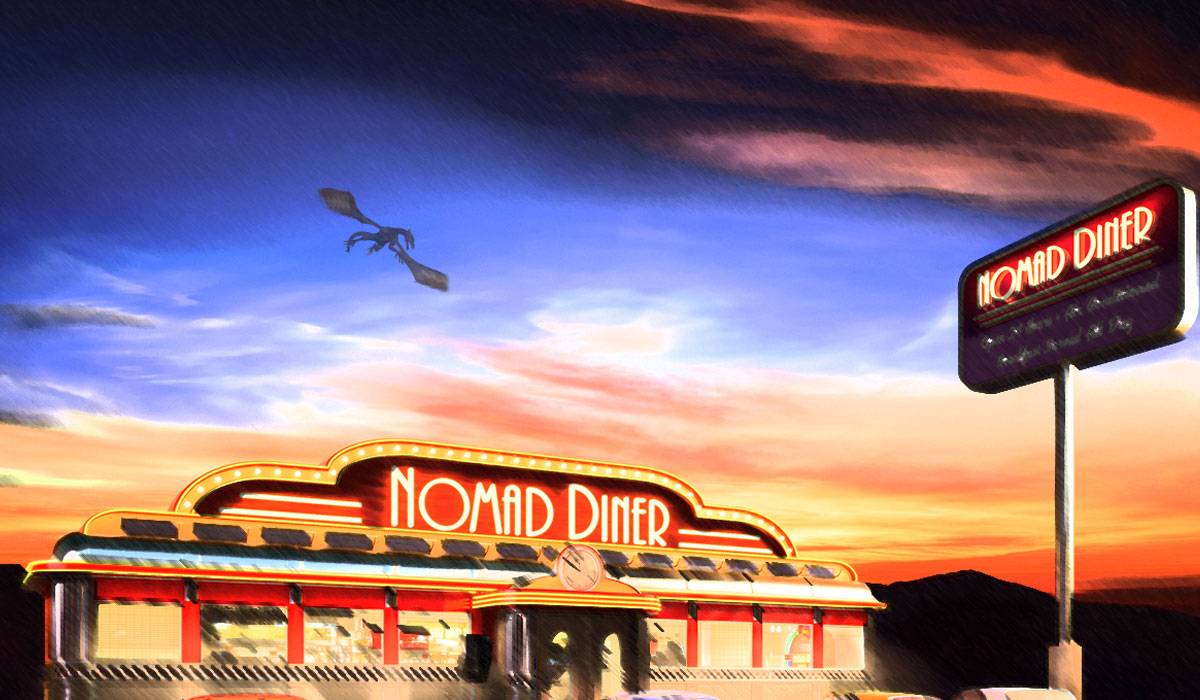 A few weeks back a buddy of mine mentioned on Twitter that he’d like to play an RPG where you travel around, eat weird food, and record it all for a reality show–not unlikeÂ Diners, Drive-Ins, and Dives. This was right up my alley, so we started riffing on it.

Two days later, I’d written up a campaign frame inspired by his title: Diners, Dungeons, & Dives. It’s designed so you can play that kind of game in almost any system or setting. It’s pay what you want, so go ahead, check it out.

Writing this little thing got me thinking about campaign frames and how there’s a lot of design space there that doesn’t often get explored. This article is going to cover some of those thoughts and give you some tools to make your own frames.

So, What’s a Campaign Frame, Anyway?

We’re always using campaign frames, whether we know it or not. Every time we sit down with our groups and talk about the tone, mood, and focus of our campaigns, we’re talking about what frames the campaign. Doesn’t matter what system or setting you’re in. Different systems and settings lend themselves to different types of campaigns and may have wider or narrower scopes of focus, but they all have frames.

This framing is something that most games address in one way or another, too. Some games are explicit and up-front about it. If you’re playing a genre-based game, or something Powered by the Apocalypse, you’re getting a very distinct set of framing tools up front. Other games, like Fate Core or even D&D, don’t have such distinct frames. You can do a lot with those systems, choose a variety of settings, and play all kinds of different games.

No matter what, though, there are frames that are negotiated at the table. You decide you want to focus on treasure hunting rather than monster killing. Or maybe you want really personal, in-depth stories to explore rather than setting-altering epic events. Those decisions all help define the framing of the campaign and give your group a direction to go in.

Diners, Dungeons, & DivesÂ is my first attempt to provide such a framing tool without the mechanical trappings of a system or the assumptions of a setting.

Cool. How Do I Make My Own?

Campaign Frames Are (Largely) Not Mechanical

If you’re thinking about the type of game you want to run or play, you usually start with a certain game type (say, heists), or you start with system. For our purposes, leave system out of it for now because the frame will lead us in that direction. Start off with the genre of game you want, or what you want the core activity to be. In the case of DD&D, it’s road movie-type friend interactions that happen while you’re eating strange foods and filming it for a fictional reality TV show. To my mind, this ridiculous idea can be done in most systems or settings. The frame overlays those things and gives you a focus for the game and the actions you’ll take. The path between this frame and a system is a long one because you can use it almost anywhere.

If you want to do a heist game, though, the path to system or setting becomes potentially much shorter. Sure, you can prioritize heists in many systems or settings, but there are entire games designed to do just that (Leverage, Blades in the Dark). It’s a quicker path to a setting or system.

This, incidentally, is the same kind of work to do before designing a full game. What kind of activities will be done in the game? How will they unfold, and where? A campaign frame stops short of running into (many) mechanics, though. In DD&DÂ there are barely mechanical things: Take a pause and enjoy the scenery, decentralize violence, dig into the weird foods of the setting. Those are largely actions you’ll take which will verge into mechanics.

So when making a campaign frame, if you find yourself heading toward mechanics, you might actually be making a game–which is cool, just not what we’re doing here.

Focus on Theme and Moments

A route to follow is to think about how the game should feel. What kinds of emotions do you want players to feel? What kinds of scenes do you want to see play out? With DD&D, I wanted food shenanigans, moments of friendship, and sweeping views of the landscape or other scenery. Those things combined all evoke a particular feel for me, and none of them have to do with how the game works. They’re all things to aim for when using whatever system you’re using for the game.

I guess that’s the most important part of these: the feel. As a designer, I operate based on feel a lot. My struggle is to get the mechanics to evoke that feel when I’m writing a game. A campaign frame like this is ideal for me because it’s all feel. It helps me give the players and GM a set of feelings and I leave it to them to choose the system and setting that will get them there.

Art, Not Science (for now)

This is a new idea to me, and it’s something I’m still exploring. The items above should be enough to get you going. I’m gonna keep writing these if I get the time. It’s a design space that’s really interesting to me, even if I can’t do a great job of explaining how to work in it.

If you tinker around with campaign frames after this, let me know. I’d love to see what you do with them.

3 Responses to Diners, Dungeons, & Dives – How to Make Campaign Frames