The world of Hydro Hacker OperativesÂ resides mostly in my head. The rules for how to play Hydro Hackers (H2O) have been well enough documented on paper for the gameÂ to be run in a playtest capacity. But right now, I am the only person who can GM H2O because no one else fully understands how the world works. The truth is, I don’t fully know either. I have just enough of a world built for playtesting to work. Which was fine when I was more concerned if the rules of the game made any sense, but now that the game has survived several playtests and looks viable, I need to turn my attention towards making a fully fleshed out world. Â 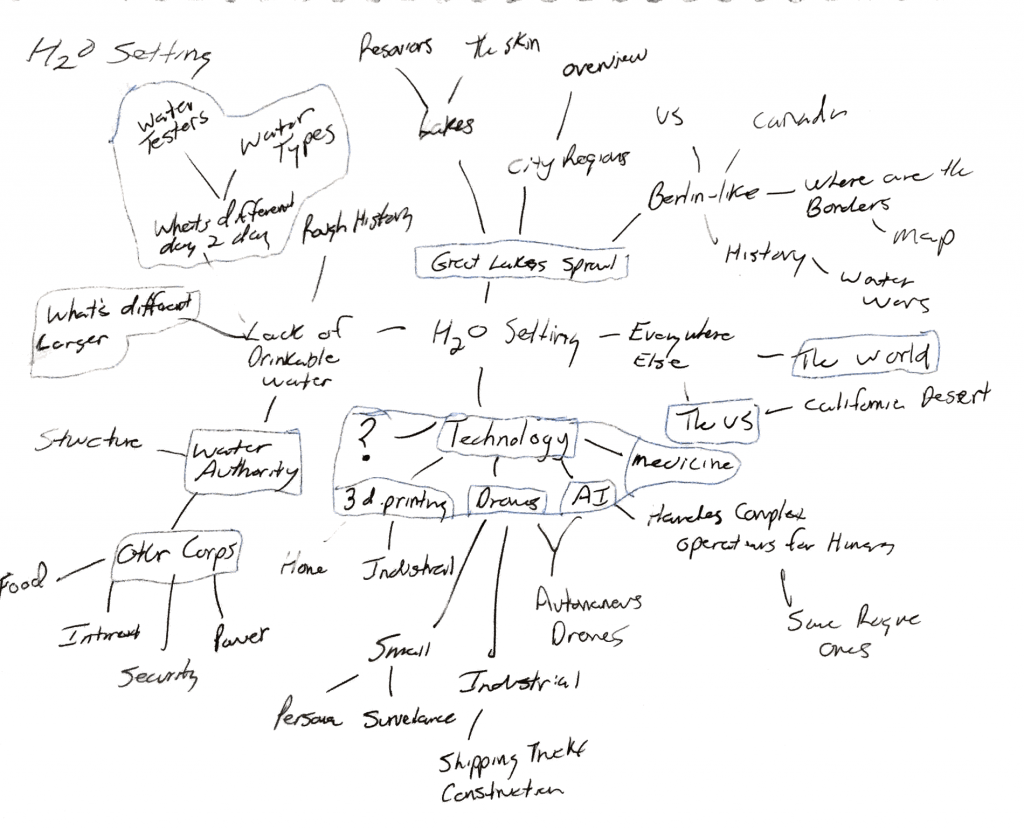