Deep as a Puddle: Questionnaires and Tarot

It’s Characters All The Way Down 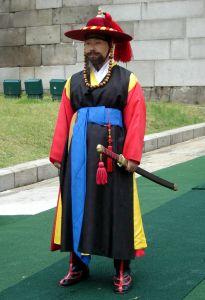 From both sides of the screen, characters are key. As a player, your character is how you explore the world: she’s the lens you view the world through, he’s the tool you use to interact with other characters, plots, scenery, and everything else in the world. As a GM, the depth of the characters that you introduce set the course of the game.

Shallow stereotypes, quest vendors, and bland shopkeepers encourage the players to move their characters out into the wilds, delving into dungeons, or computing the optimal risk/reward for their interstellar trade route. Characters with depth capture the joy of meeting someone new, sharing a struggle with friends, the tension of trying to outsmart a clever foe by seducing his niece to your side, or the complexity of racism in a world where aliens or awakened Sasquatches lurk in shadowed corners.

Way back in 2009, I wrote a few articles for a series titled Deep as a Puddle, with advice and techniques for deepening characters—both PCs and NPCs. Let’s try out two more techniques and see what we can wring out of them. As an homage to my first encounter with the questioning technique, let’s generate characters for Shadowrun.

Tarot is a technique that works well for characters on both sides of the screen. The technique has versatility; it can prompt a character from the first sketchy concept, or add a great deal of depth to an established character. It works equally well for fleshing out NPCs and player characters–though the specific style of reading should be selected to match the time you’re willing to puzzle over the results.

For an explanation of a few tarot techniques, see Character Development with Tarot. Let’s see what the cards provide for us… 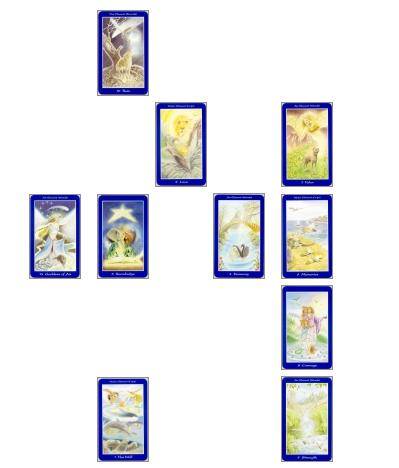 I know that the cards are a little small; below I’ll list the cards and positions. The reading provides a short paragraph of explanation for each card as it relates to its position; while it’s very useful, I’d rather show you the results. This free reading came from the Llewellyn Tarot, specifically the shapeshifter deck. Another good source for readings is tarot.com.

Let’s see what kind of a character we can build from this reading. As will surprise few people who’ve played Shadowrun with me, magic seems essential to the character. On the other hand, the emphasis on balance and intuition point in the direction of a shaman. The courage card is of a bear/woman–perhaps that suggests the shamanic mask? Let’s go with it, and make our character a bear shaman.

Ten years ago, Dae ran afoul of a Yamatetsu combat team sweeping through the forest; throwing herself to the ground, Bear guided their eyes aside–and set her on the path of a Shaman. 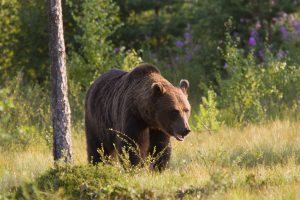 Over the next few years, Yamatetsu (and later Evo Corp) kept crossing paths with Dae, Sister-to-Bears. The same lands that were struggling to recover from the scars of mining had caught the eye of the powerful. Her people called on the PCC to uphold their claims and protect their territory, but the shadows of influence were clear to Dae and her friends.

She recently decided to gather more allies against Evo, slipping into Denver’s shadows. With her came Govind, a respected warrior of the council. The ways of the city are foreign, disturbing to her established patterns, but the city’s Arapahoe community has welcomed her, sheltered her–and provided ready allies. She swore to protect her people and land from Evo’s exploitation, and is settling in for a long struggle. Even a hungry bear turns away from the sting of too many bees… Evo is about to get stung.

Shadowrun does a great job of including 20 Questions, thought provoking questions tied to their setting. They cover a wide range of questions, from factual (does your character have a System ID Number?), to historical (where were you on The Night of Rage?), mundane (how do you pay your rent between runs?), and more. Rather than using their (very good) purpose built tool, let’s try a less world specific set, Heather’s Questions for Writers and Roleplayers[pdf]. For more on the technique, Question Everything is what you’re looking for.

Let’s create a villain to oppose Dae; probably an executive in Evo, but we’ll see what sparks. Since this article is going up on May 23rd, let’s use that day’s question.

Does your character look both ways before crossing the street?

Skipping around randomly, here are a few more questions:

Immediately, it’s clear that this is a technique that’s better at adding depth to an established character than generating a character from a blank page. For example’s sake, I’m going to run with the four random questions and insist that they’re important to the character. That can feel forced; it’s much better to skim and stop when a question speaks to you.

I am Nikifor Ivankov. I direct cutting edge research for Yamatetsu–no, we call ourselves Evo now. Much better branding, na?

The color blue is essential to clearing perceptions and making the mind ready. For the synaptic-associative constructs I have worked on these last years, the best background is a gentle blue. Like the sky of Siberia; the brilliant sparseness makes you strain to find wisps of cloud. I named this heightened calm.

My parents taught me confidence; my forebearers endurance. I do not pause at the curb–let distracted and feebleminded drivers yelp as their car’s dog-brain throws their car into avoidance, let them strangle on their suddenly taut seatbelts. If their technology is insufficient to avoid the collision altogether, my medical nano is certain to impose an immediate pain block and commence repairs. Not a comfortable thought, my interviewer, but the inconvenience would be merely temporary.

I am leader, follower, and rebel. Let me explain. I am a leader, for I set goals, allocate lab time and space, dedicate VR resources to projects of significance; my team is disciplined and consistently under budget. I am also a follower; I am not the CEO of this corporation; Yuri Shibanokuji and the other board members allocate resources and demand results. These I deliver. How is a man so loyal also a rebel? Ah, it is science and its slow pace that I reject. Results follow resources, but instinct plays its own part. The Balsam Poplar of the western forest is the perfect blank for the Ð¾Ð·ÐµÐ»ÐµÐ½ÐµÐ½Ð¸Ñ process; at full production, acquisition, penalties and fines of up to 7 million nuyen per month are break even. Once the tribal squatters relocate, we can maximize production.

No, I have never failed those who depend on me. Never. Do not speak that name! This interview is at an end.

So, that’s another pair of tools you can add to your character development arsenal. Tarot readings are a great tool for many situations; GMs and players each benefit from the ability to suggest and tailor the twists and turns of a character. It’s particularly good for putting characters in motion and context–figuring out who they were and where they’re going.

Questions are a good tool, but are poor as a blank-paper spark. Instead, asking questions over the course of the game–of both PCs and their foes, can reveal hidden depth. Even skeletal characters can develop interesting backgrounds in play when the right question is put to them.

Have you used either technique in your games? I leaned on tarot readings for a few NPCs in Masks, and often for villains and plot directions in recent games, but haven’t asked many good leading questions about the PC’s backgrounds. Sounds like something to address…

2 Responses to Deep as a Puddle: Questionnaires and Tarot