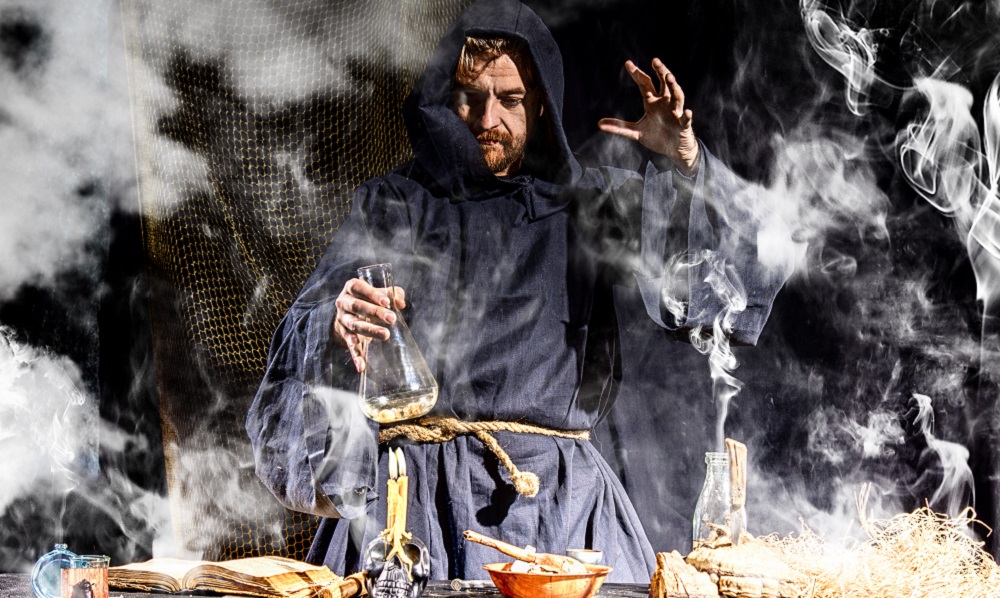 What I’m saying is that in time-honored historical tradition, maybe if you travel in Britain (or are from there), have someone else taste your food before you eat it. They will also probably find it bland and flavorless, but if you can detect the difference between your taster choking because they would shiv their grandmother for chili powder in that moment vs. actually being poisoned, you’re golden (note that none of this applies to Scotland, which has both curries and haggis, which are delicious. Fight me).

But what does this have to do with you, dear reader? Well, if you’re at all like me, you’re pretty much constantly absorbing media and thinking “this is fine, but it would be better with wizards and dice.” Sure, it makes for tiresome and bewildering conversation with strangers at the DMV, but it does tend to lead to a profusion of gaming scenarios rattling around in one’s head.

Assuming that you’re into running a mystery for your players, but don’t want to show up on a watchlist because you Googled “hiding a body” one too many times, I have a treat for you: a mostly system-neutral murder mystery.

I say “mostly system neutral,” because I initially wrote this scenario for my local Blue Rose group, and I didn’t so much “file the serial numbers off” as “clumsily try to change one number like a guilty elementary-schooler with an F on their grade card.”

Â I say “mostly system neutral,” because I initially wrote this scenario for my local Blue Rose group, and I didn’t so much “file the serial numbers off” as “clumsily try to change one number like a guilty elementary-schooler with an F on their grade card.”Â

This game assumes that your world is high magic and reasonably civilized. Think magic crystals, colleges, and adequate public sanitation. Waterdeep, anywhere in Eberron, or (of course) Aldis are all appropriate settings.

Politically, this game works best with a hostile neighboring nation that was recently defeated, but is clawing its way back into being a threat. For purposes of this scenario, we will call this nation “Badveria.”

A note on clues: borrowing from the central conceit of the brilliant GUMSHOE system, it is assumed that characters find every clue they look for. Exceptional rolls or specific skills provide additional insight, as opposed to finding things in the first place. Nothing grinds a murder mystery to a halt faster than just…failing to find a clue.

Orthallen Dagworth, a brilliant young alchemical student with Setting Appropriate College (GO, MASCOTS!) was murdered by agents of Badveria, who were seeking out his notes. His research is tremendously valuable to Badveria in its desire to build a more effective method of ensuring air superiority, as well as driving forward their understanding of ballistics.

The murderer, Aiden Strelley, is also a student at the college. He is from a prominent local family who has made their fortune mining magical crystals on their ancestral land, where there was a rich vein, but this vein ran out five or so years ago. Aiden’s father, Mardic Strelley, made a deal with Badveria to continue to supply crystals in order to maintain the appearance of wealth. Badveria has been doing this for several years–the crystals supplied by the Strelley line are now used in infrastructure, weapons, and toys across the nation. Aiden, who is studying medicine, poisoned Orthallen and set up his lab to look like he died in an accident.

Orthallen’s received orders from Badveria through Tulli Bettesthorne, a deep cover agent. Tulli is an anatomy instructor, as well as the functional medical examiner for the city. Tulli arranged for the death to be declared an accident from inhaling alchemical fumes while he was studying. Aiden has never met Tulli as her true self, and only knows her as “Mortissa,” which he overheard a Badverian agent calling her after she thought he left.

Trevor Peckham: Orthallen’s partner. Devoted, fiery, furious, smart, and tenacious. He is also an alchemy student, and the only person alive (not working for Badveria) who had any knowledge of Orthallen’s research. It is Trevor who draws the characters’ attention to what he strongly suspects was foul play. 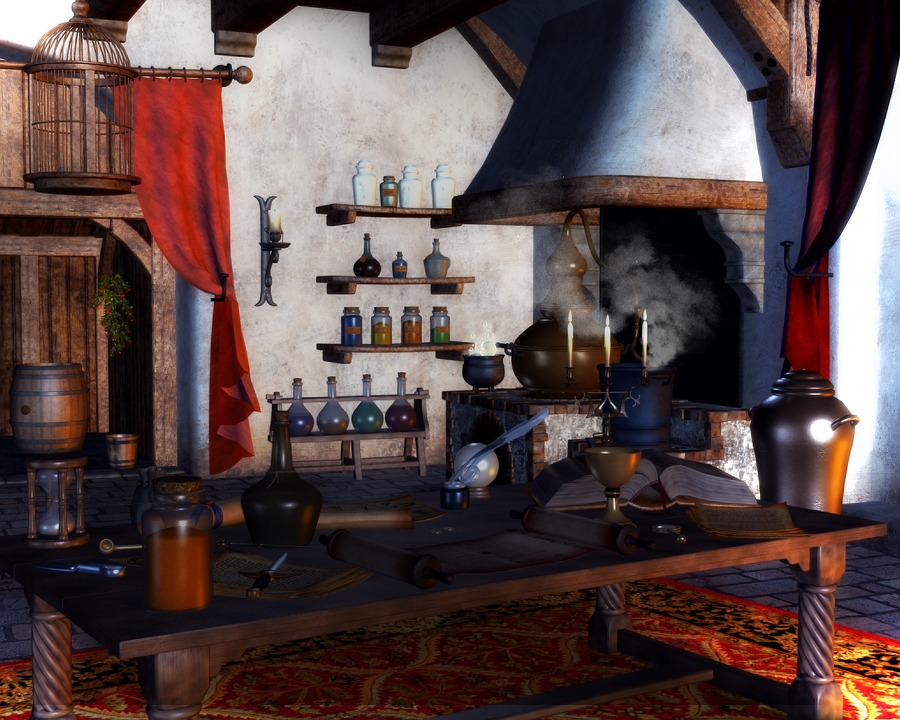 Location 1: The Scene of the Crime

It is assumed that characters will start here, but feel free to modify according to the needs of your group–it’s entirely possible they will come up with creative and/or ludicrous ideas. Roll with it. 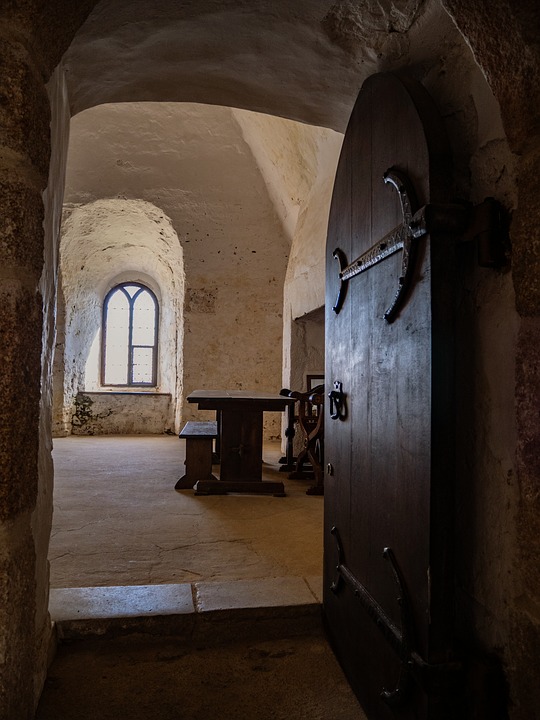 This area is kept cold by means of magical crystals; the workers in the morgue are very proud of them and declare as soon as the characters arrive that “These are Strelley crystals–the best you can get!” Orthallen’s body is currently the only one in the morgue. 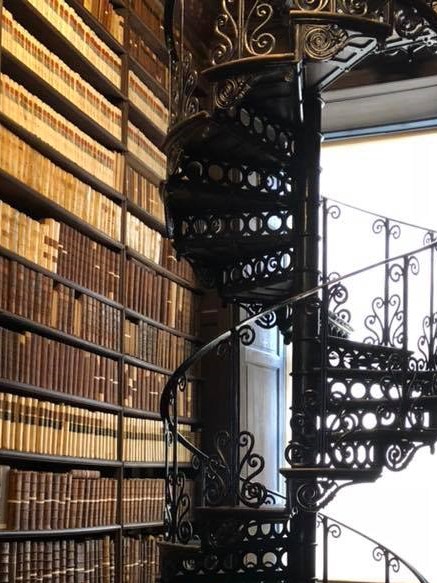 This scene can take place anywhere, but most likely, the characters will attempt to investigate at the library to find out what other books Orthallen had been reading.

The Badverian agents should have access to a special ability (a recharge ability, stunt, or other system-appropriate power) that enables them to turn off or control any crystal-based magic on the characters or in the library.

As of the end of the game, the characters should be able to connect the dots and realize that virtually all of their military and infrastructure is potentially contaminated with Badverian crystals, and thus vulnerable to Badverian meddling. Additionally, the Badverians are now ahead of the characters’ own nation in terms of both air travel and gunpowder. If this knowledge were to get out, it would cause mass panic, but something clearly must be done–it’s up to the characters to stop the Badverians before it’s too late!

So what do you think? Does this sound like the kind of scenario your group would enjoy? Sound off in the comments!