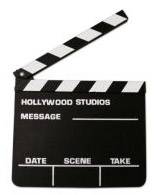 Cutscenes are poweful tool in other media, so why not use them in roleplaying games? I’ve heard of GMs employing cutscenes in the way I’m about to describe, but never tried this myself; it sounds reasonable, though.

Just like a movie, an RPG cutscene would work like this: At a suitable stopping point, you cut away from the party — and the PCs — and the whole group plays out a scene with completely different characters. When the scene is over, you cut back.

To do this well, it seems like you’d need to sketch out the cutscene characters (focusing more on roleplaying elements than stats, but including stats as needed), and quickly brief each player on their character’s goals in the scene. Keep things simple, too.

In terms of the outcome, you could go two routes: let it be fluid, with your players’ actions as the sole determining factor (and then adjust the main story — the one with the PCs — accordingly), or stack the deck in favor of or against the cutscene characters (the ogre raiding party sacks a village, for example).

There’d also be the consideration that your players would need to compartmentalize the metagame knowledge they gained through playing out the cutscene, but with mature groups I don’t see that being too much of an issue.

What do you think — are those the basic elements you’d need to address to make this quick and dirty approach to using cutscenes work in your game? Have you tried this in your campaign? How did it go?

11 Responses to Cutscenes: One Simple Approach