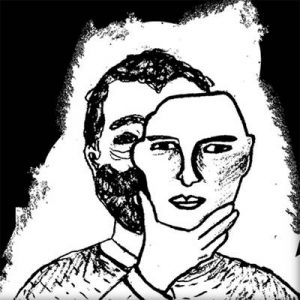 Artwork for ‘Gil From London’

Finding inspiration each week for the games we put together for our players is part of the fun, but it can be a challenge on occasion. When the creative juices aren’t flowing, sometimes you have to dig into other areas of your life to find those nuggets of ideas that you can use to pull a game together.

Two converging obsessions in my life bring this particular topic to the Stew. First, I brought the revised Monster of the Week book home from GenCon last month. Second, I’ve become obsessed with listening to podcasts at work instead of just letting my iPod sing pop songs to me all night long. Hey, don’t judge. Lots of people enjoy Taylor Swift’s music.

First, I’ll sing the praises of Monster of the Week. I’ve actually been running it for convention one shots since February 2014 and it meshes really well with my GM style. It’s derived from the Apocalypse World engine and facilitates games that bring to life a game of hunting down monsters and other things that go bump in the night. Think Buffy, X-Files, Supernatural, Dresden Files, Hellboy, and so on. Within the last year or so, the author, Michael Sands, teamed up with Evil Hat to publish a revised edition of the game. It’s the same awesome game, just cleaned up, spruced up and enhanced. The moment I had the book in my hands, the flames of my interest were fanned into an inferno and I convinced my gaming group to let me start a campaign for them. The game is set in Las Vegas and involves them trying to prevent the arrival of a Prince of Hell while maintaining the terms of their court mandated group therapy.

Second, podcasts are awesome. This particular obsession can be blamed on fellow Gnome, Phil and Misdirected Mark, the podcast he co-hosts with Chris Sniezak. Earlier this year, I started working my way through their archives and they quickly made me a regular listener. Once I exhausted the archives, I explored more gaming related podcasts until I eventually wandered into unfamiliar territory with non-gaming podcasts where I discovered Criminal.

Criminal is a storytelling podcast hosted by Phoebe Judge. Each episode tells a story related to crime or criminal behavior, but it rarely touches on the typical types of stories you would see on your weekly cop procedurals. They veer off into the weird or strange while digging far deeper into human pathos and emotion than you might expect. I quickly fell in love with the show and seized on how well some of the stories could be used as idea fodder for my Monster of the Week game. 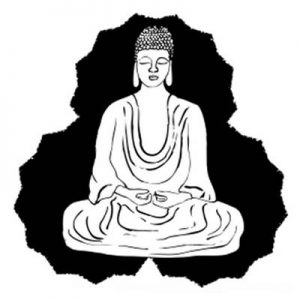 He’s Neutral — Episode 15 — A fed up couple in a bad neighborhood of Oakland put a Buddha statue on a trash laden corner of their street and it miraculously helps turn the neighborhood around. This is probably one of my favorite episodes from the show, delving into how the subtlest of things can sometimes work magic in ways you didn’t expect.

Game Twist: The PCs are drawn into investigating the sudden disappearance of several small-time criminals from a run-down neighborhood in their city. No bodies, no evidence, they’re just gone. While the cops don’t seem to care, it’s creating a growing sense of unease among other low-lifes. When the PCs investigate, they find a statue has recently appeared in a once abandoned and blighted lot. In the short time the statue has been there, the lot has gone through a metamorphosis, changing from a trash-filled eyesore to an oasis of tranquility and green. The statue is actually the avatar of a mythical god or creature that’s repaying a debt from the family that placed it there. Any perceived threat to the family is simply removed. What do the PCs do when they learn the truth of the ‘monster’ terrorizing the neighborhood?

Gil From London — Episode 20 — Middle-aged and lonely, a widow makes a romantic connection through the internet, only to have her youngest son ferret out the truth of her mysterious suitor. This one is a simultaneously amusing and chilling story of the very real scams that are out there and the way we can see what we want to see even when it’s not really there.

Game Twist: An older relative of one of the PCs, either a parent or a grandparent, after having recently gotten their first computer or iPad, is starting to act withdrawn and is obsessed with getting on the internet to talk to their new ‘friend’. The PCs discover the relative in a catatonic state, clinging to life. When they start investigating, they learn of similar cases, but learn that all the other victims died within a short time limit after falling catatonic. Investigating further, they can learn all of the victims were visiting the same social networking or dating website, where they all started chatting with the same person. That person is actually a demon or some other monster, using modern technology to feed on the psychic energy of the victims. Can the PCs find a way through the internet to track down and defeat the creature before their relative dies? 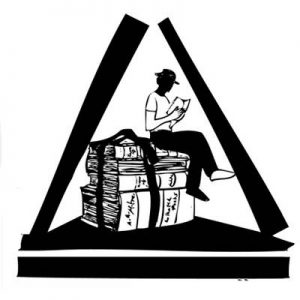 Ex Libris — Episode 22 — Rare book dealers throughout the country realize they’ve all been victims of the same book thief, a mysterious man who steals incredibly rare and valuable books simply to hide them away in his own secret collection. The episode delves into what it takes to modernize the network of an antiquated business while also delving into what drives someone to do something like this.

Game Twist: A rare book store owner known to the PCs for his collection of occult books is found murdered in his bookstore. Upon investigating, the PCs find that only one book is missing. To their surprise, the missing book isn’t one of the occult books, but instead a rare misprint of a classic novel. Looking into it further, they learn of other related misprints that seem to be connected. Tracking those down, they’ll learn that all but one has been stolen in a similar manner. Together, the misprints are puzzle pieces that combine together into a dangerously powerful spell. Can the PCs find the last rare book needed before the villainous book thief?

If you enjoy podcasts and stories, I highly recommend giving Criminal a listen. It’s an enjoyable show and has definitely given my imagination more than enough inspiration for my campaign.

Artwork for each episode is done by Julienne Alexander and is used with permission.