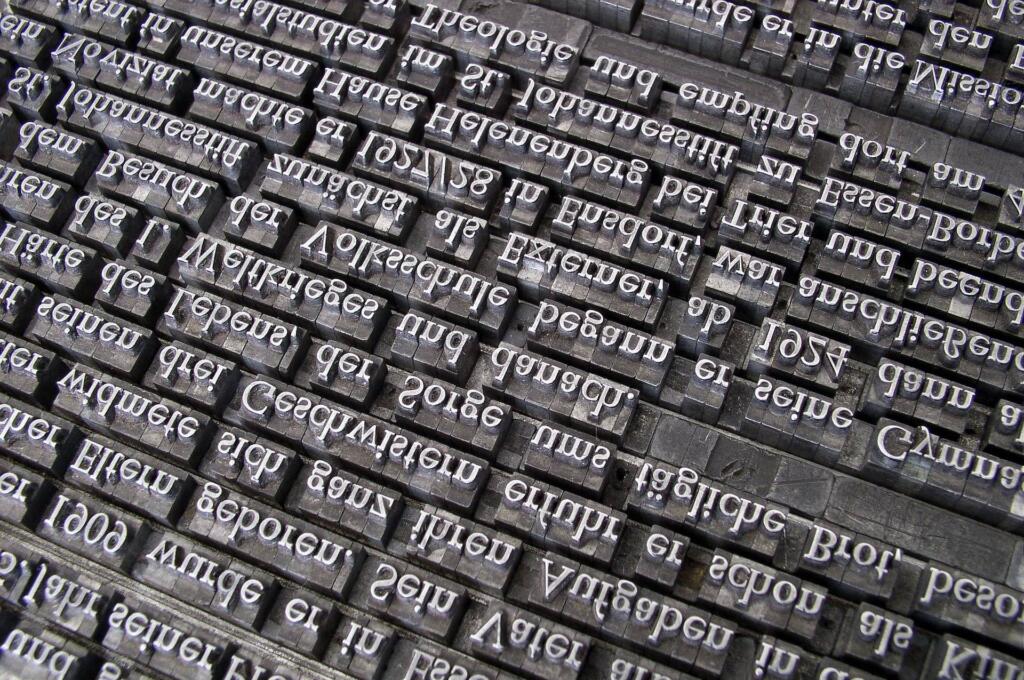 Â Having a common language between the staff at a pizza place fostered good teamwork.Â

When I was younger, I worked at all-but-one of the pizza joints in my hometown. I guess that was my thing. One of the key things I learned about teamwork in that situation is the importance of clear communication. If the team’s ability to get information from one person to another broke down, then things slogged to a standstill. During the busy Friday night crush of pizza deliveries, a collapse of teamwork drove morale down, decreased our speeds of getting food out the door, and generally made a (mostly) miserable job even more painful.

I’m going to state the obvious here: Having a common language between the staff at a pizza place fostered good teamwork.

The same holds true for our adventuring groups within our games. While I’ve not run off and done research into why a “common tongue” exists within the early RPGs, I can assume it’s based on the fact that if everyone can speak at least one universal language, it makes the game experience easier. The focus can be on the stories and experiences, not the clumsy attempts at having player A translate what player B says for player C.

However, there are times when obfuscating information, providing misleading directions, or generally muddling the PC’s brains can lead to good fun for everyone at the table. GMs and adventure creators have historically used something along the lines of, “The discovered scroll is written in a language unknown to the party members, but they recognize the ancient script and know of an old man at the edge of the forest who might be able to translate it.” This is a classic trope and a decent adventure hook, especially if the old man at the edge of the forest requires payment in the form of a favor instead of gold coins.

Another good hook is to have the party find a note that they mistranslate. This can lead them astray from what they feel is their main goal, only to take them through a circuitous route back around to where they need to be to continue the main story arc. These types of “side quests” are subtle in their execution, and can allow the party to gain the necessary experience, items, information, and such to present themselves to the Big Bad as a formidable threat to the Big Bad’s plans. 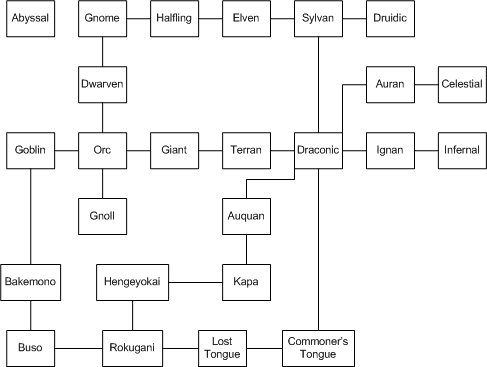 Â This can lead to quite a bit of fun with missed translations.Â

One solution I am particularly fond of is to figure out how the languages relate to one another and draw up a relationship mapping between the spoken tongues. This can allow for the GM to develop a piece of information in the orcish language, and if one of the characters happens to speak goblin, then the translation efforts are “two steps higher” in difficulty because the goblin language is only a single line removed from orcish. However, if the same character who speaks goblin wants to translate something written in gnome, then it’s “six steps higher” in difficulty because goblin is three languages removed (per my relationship mapping) from goblin.

This can lead to quite a bit of fun with missed translations, slightly inaccurate information, or just plain nonsense that may come out of the translation. A little bit of prep work on the part of the GM as she comes up with the original text might be necessary to think of how a partial success or complete failure (or critical failure!) will impact the resulting information.

In my games, when “sibling languages” come into play, I generally don’t allow more than three steps to be taken between a known and an unknown language. This keeps the players from doing ridiculous things like translating druidic directly into goblin.

One thing my illustration doesn’t cover is different languages for different nationalities or cultures. This is because I didn’t want to impose my world on something generic like the relationships I created above. I wanted you to be able to use this. My basic way of handling it is to create a different image that shows how the cultural languages relate to one another. I’ll work under the assumption that these types of languages are subsets of the “common tongue” of the world, and when translation has to happen, each step on the relationship diagram is “one step higher” in difficulty instead of two steps. This represents the tight-knit nature of the languages.

Lawrence Watt-Evans is one of my favorite authors. He created the world of Ethshar for a long-running series of novels he’s been writing since 1985. Somewhere in an author’s note or interview he explained that the various nations of Ethshar speak roughly the same language. He took ideas from history during the Germanic tribal days where each tribe had it’s own “language” and there were dozens of iterations of a common tongue. This allowed nearby neighbors to communicate with each other easily, but the distant tribes had a little more difficulty. He applied these real-world concepts to Ethshar to explain how the different nations could communicate with relative ease.

In game terms, my approach of “one step away” equals “one step higher” in difficulty works well, especially if there are lots of relations and connections between languages. These can also be used to show dialects and subtle shifts in a single language between different people.

Of course, there are easily obtainable spells (like Comprehend Languages in Pathfinder and D&D) that throw a monkey wrench into the whole “unknown language” angle. The easy route out of this is to boost the level of those spells, make them harder to find, or just simply not allow them to exist within the campaign. These are all heavy-handed approaches, though.

One thing I like to do is to alter the material component from “a pinch of soot and salt” to something a little less mundane like “a crystal orb at least three inches in diameter.” This ups the cost (thus preventing lower level characters from easily accessing the spell) and might require some action on the part of the party to obtain the material component. When I do this, I make sure to clearly state that the material component in this case is not consumed in the spell.

What are your thoughts on using different languages? How do you handle the communications errors that can occur during translation, especially during the rapid-fire exchange of spoken words? I’d like to hear your thoughts on the matter.