Creating Plot on the Fly 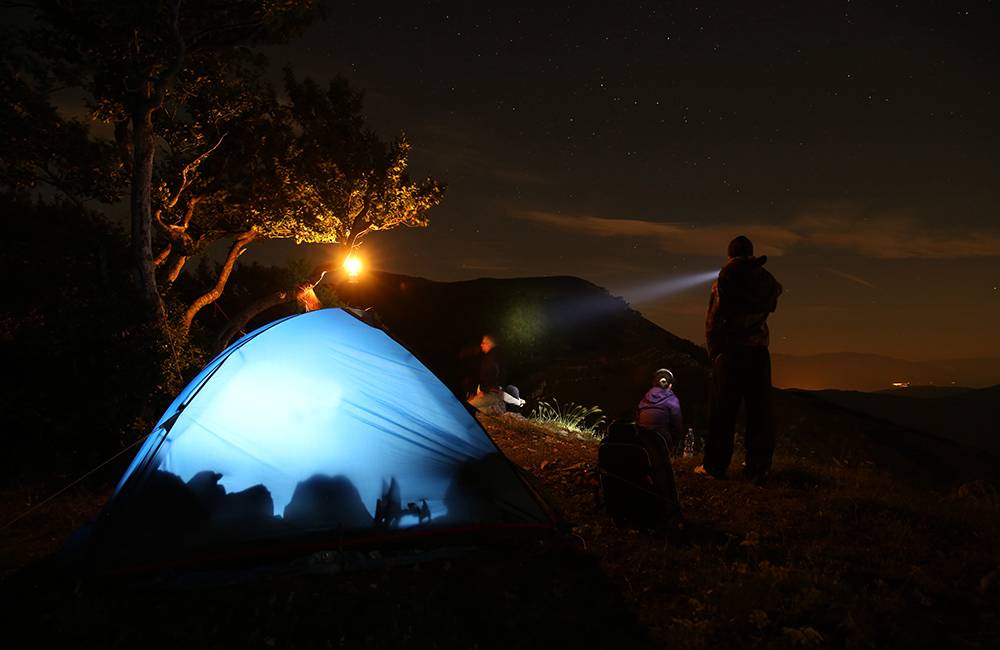 Campgrounds are always a great source for creepy…

Players often go left when you expect them to go right. Every GM knows this, but most of us still come to the table with material prepared ahead of time. Experienced GMs know how to plan for adjustments when players eventually do the unexpected thing, however it’s still all built on the framework of their plan. But what do you do if you need to create an engaging, entertaining and coherent game out of thin air?

Many of the games I have run in recent years call for this type of on-the-fly plot creation. Most of the PbtA (Powered by the Apocalypse) style games work like this and I have been running quite a few of them. Monster of the Week has been my go-to impromptu game for a few years now, and Masks: A New Generation is becoming a fast favorite. These games, and others like them, require the players to make their characters together and for the GM to source the table for the information that will flesh out the world the characters inhabit and the story backbone of the game they’re playing.

This isn’t to say that someone couldn’t do any prep for this style of games. You can still go into a game session with an idea of what the plot is going to be, but the GM is still expected to be able to fully incorporate the characters and the ideas the players bring to the table. You’re not going to know WHO the characters are until the players make them, so you have to be able to take the disparate puzzle pieces the players give you and turn them into a game for everyone at the table.

So how do you do that? How do you create a coherent plot on the spur of the moment?

First, you need to understand the essence of the genre you’re running. If you know the common themes and tropes of the genre, you have the foundational toolbox to guide the players in creating characters that fit in that setting and bring the game to life. Without these tools, it becomes difficult to do the game justice and player expectations may run flat. Basically, if you’re running a Masks game, you better have an understanding of what teenage super hero stories are about. If you’re trying your hand at Monster of the Week, some familiarity with Buffy the Vampire Slayer, Supernatural, or other inspirational shows for that game are important.

Third, weave multiple character backgrounds together in the plot of the game. Take a thread from one character and tie it to an interesting bit from another character to help propel the action of the game. You don’t need to do it with every single character at the table, especially if the players have done a good job of tying their characters together, but pulling two or three of them together will be enough to draw in the whole table. This is also a good way to spread the spotlight around and make sure everyone at the table gets a chance to shine.

“Easier said than done, Ang. Why don’t you give us some examples.”

Sure! I can do that. Since I’ve used Monster of the Week and Masks as my referenced games so far, I’ll give you an example from each of those. Both of these were run at different gaming events this past Fall.

This was the very first time I ran Masks. It was for six players who had never played before, but most of whom had a pretty good understanding of the super hero genre. They gave me the following characters: 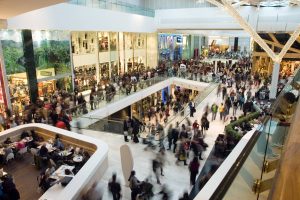 Malls are great for all the innocent bystanders.

To start off, I pulled in a thread from the Transformed. He’d quite nicely given me a mysterious organization that was experimenting on people using a rock from space. They were notified of a disturbance at the mall where a villain of some sort was threatening an outdoor food court. When they arrived, they noticed the similarities between the berserk creature attacking people and their buddy, Bogey Man. Instantly the player of Bogey Man was engaged and trying to reach out to the obvious victim of the same people who hurt him.

That fight continued with the players trying to subdue the ‘monster’ and keep the civilians safe. A couple of out-of-place bystanders caught the eye of the Beacon and the Legacy. They weren’t panicked and they looked like they were talking into ear pieces of some kind. Here’s where I started weaving in bits from the Legacy’s background and his father’s arch rival, Dr. Nacht. The two characters confronted the observers and a quick side fight ensued before one of the goons used a teleport to escape. Being young and impulsive, the players decided their characters would jump on the guy and teleport with him rather than being smart and waiting for their friends to wrap up their fight.

This left me with one group inside a secret villain base and the rest of the group having to figure out how to find out where their friends went. There was an amusing phone call in the mix where it was revealed that the super serious ProtÃ©gÃ© was using Wannabe as the ring tone on his cell phone. It was enough to lead them to one of Dr. Nacht’s old bases where it was discovered that one of his henchmen, The Nurse, was using the meteorite to experiment on people to try and create a squad of controlled super brutes. I also briefly brought in the Outsider with some deeper knowledge of the meteorite and its properties.

At a recent con, I ran a pickup game of Monster of the Week for six friends. They all knew each other, so they easily created a tightly interwoven group of Hunters. They gave me:

Instantly, I was drawn to the twisted family connection between the Wronged and the Expert. I was going to have to use that, but I couldn’t be obvious with it until later in the game. They had done a good job of describing themselves as a fairly cohesive monster-hunting team, so I didn’t have to do too much work to get them interested in a hook. I threw the Flake a pattern of disappearances at a campground an hour north of their base. The Professional quickly jumped in and contacted her friends at the FBI and local police departments to discover a couple of missing person reports and minor theft incidents that the police hadn’t yet connected together.

They decided to check into the campground undercover and start investigating the staff, the current campers, and the sites of disappearances. The reports of theft were flavored to have a very mischievous fae feel, but that conflicted with a deeper exploration of the abandoned camp sites that the Chosen and Expert recognized as sign of a wendigo. This was confusing since the two types of threats were notÂ creatures that ever really worked together.

As night fell, the game started coming into its climax and the wendigo attacked. As they were in the middle of a fight with it, the fae started appearing and neutralizing other members of the team not directly involved in the fight. As the wendigo died, the fae queen that had initially framed the Wronged all those years ago appeared. She had grown bored and decided it was time to reveal to her victim why she had chosen her to hurt. She and her minions had lured the wendigo into the area to pull the team into her domain and let them wear themselves out fighting it while she gave the Wronged the “gift” of truth. With an evil laugh, she disappeared, having succeeded in causing a rift.

There was a tense, silent moment as the Wronged faced off against the Expert. She then broke her weapon and walked off into the night, leaving them all behind and ending the game on a cliffhanger.

These are the methods I use to create a plot for a game at a moment’s notice, but I also fully advocate for using them for campaigns or more traditional games. Pulling on threads from your players and the characters they’ve created is going to help get them invested in the game and coming back for more, whether it’s a campaign or just playing with you again for a convention one-shot.

I’m curious, what methods do you use to pull adventures together on the spot? I’d love to hear your examples of games you created out of nothing.

2 Responses to Creating Plot on the Fly