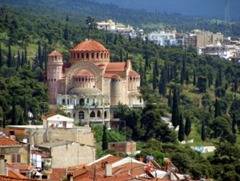 One of the more common “mistakes” of even veteran GMs is made not only before the game begins, but early on in the planning. This “mistake” is the massive investiture of time, creativity and energy into campaign design. While every game needs a solid foundation, detailing continents – even entire worlds that will never see use – is a waste of time, as is stating out every member of the thieves guild, detailing massive pantheons, writing national histories and creating genealogical surveys of kings. Yet we’ve all done this at least once and some of us continue to do so. Now, I’m not here to say you’re having badwrong fun if you enjoy these things. Heck if you want to spend your evenings writing a treatise on the fifty-seven elven herbal alchemies, you go right ahead. I won’t judge you. This is only to say that you don’t HAVE to do all that work and that in many cases not only is it not helping your games, it’s hindering them by using limited resources that you could be focusing elsewhere. Towards the end of not over-investing in campaign setting design, here is a simple six step process for designing a campaign setting from the flash of inspiration to ready to roll up characters and write the first adventure. After each step, I’ll also provide an example.

Step One: Brainstorm
Step one is simple. You already have your first idea. Brainstorm for more. Pull unused ideas out of your old notes, write everything down. Organize ideas into a list, a mind map, on note cards, in software, however you work best. The point of this step isn’t to create finished, fitting, or even usable ideas. It’s to build a critical mass of raw ideas for you to refine later. Don’t limit yourself to any one topic either. Think up ideas about locations, culture, themes, adventures, characters, organizations, anything.

My recent brainstorming session was featured in my recent mind mapping article, so you may have seen it before. Roughly, it’s a game with roots in Planescape and Spelljammer set on a half rock half amber island floating in the ethereal plane.
Here it is again in all it’s glory: 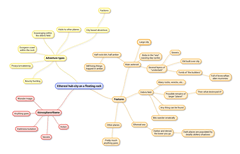 Step Two: Confer With a Friend
Once you’ve got a big mess of ideas to work with, it’s time to have a chat with another person. If you’ve got a GMing Confidant, the job goes to them, but it can just as well go to a friend, family member or anyone you can corner by the comic book rack at your FLGS. (Kidding of course. That’s rarely productive.) Bounce your gelling mass of ideas off of them and see if they have anything cool to add, or if they point out anything major that’s obviously wrong with the ideas you have so far.

This is also the right time to bring your players into the process. Give them the highlights but avoid anything that would give away secrets. They may have some cool ideas too, but primarily their role in the process is to confirm that they would play in the game you’re proposing and to give their thoughts on the kind of adventures they see happening in the setting you’re creating, and the kinds of characters and games they’d like to play.

I took my rough concept to my players and they said the setting was exciting but that they were sick of “directionless exploration” campaigns and wanted something featuring more intrigue and mission style game-play.

That works great with the “city in the ethereal” setting, but I took what I had to my GMing confidant for some work on factions in the city and their relations to one another since my original map just had a hub that said “factions” with no extra detail. We kicked around a crime syndicate, a merchant guild, a military faction that’s the true seat of power, a line of mad nobles who claim to speak for a powerful sorceress, and an order of off-world monks.

Step Three: Finalize Atmosphere and Theme
At this point you still have an unprocessed wad of ideas and it’s time to start sculpting them into something useful. To do that however you need to have a rough idea of what the final product will look like. It’s probably already coalescing, but the first thing to “officially finalize” is the atmosphere and theme, types of adventures the game will primarily feature, etc… This information will impact the remaining process and keep it focused instead of being a big mess with no coherency.Â  All you need is a few sentences about the “Feel” of the setting, the people etc… and the types of adventures that are most common.

I want my game to have a grim high fantasy feel and be like a less dystopian more fantasy, less technology ShadowRun. Here is my game’s “Mission Statement” broken into four bullets.

Steps Four Through Six: Locations, Factions, and Hooks
Now that you’ve got a giant wad of ideas and a sieve to pour it through, it’s time for the final three steps: listing locations and making a rough map, listing factions and NPCs and making a relationship map, and making a hook list. These are all wadded up into a single listing for two reasons. First, it doesn’t matter which order you tackle them in. You could do locations first, then relationship then hooks, or exactly opposite. Second it’s nearly impossible to do them independently. As you add locations you’re going to end up putting things on your faction list that belong to those locations and putting things on your hook list that deal with those locations. Similarly factions will be a springboard for locations and hooks, and hooks will springboard the other two.

I won’t bother with complete listings or maps but here’s a taste:

Anchor/Anchor City: A relatively large stable rock floating in the misty ethereal sea and the large fortified city built upon most of it’s available surface. Save a few farms, most of it is behind solid stone walls

The Churn: The sea near Anchor is particularly violent and active with smaller islands rising from the depths and sinking again by some unknown mechanic, and portals to other places randomly opening and closing.

The Amber Palace: A huge teardrop of amber is embedded in the side of Anchor at an odd angle making up nearly half it’s mass, the tip of which has been carved into a massive opulent palace.

Old City: Anchor City was build over the ruins of a much older city and parts of it are accessible through forgotten holes in dark alleys and secret doors in root cellars.

Lornegor Family: The technical rulers of Anchor city, they claim to speak for the nearly mythical Empress, an unseen sorceress of legendary prowess. Though mostly politically ignored, members of the family are an eccentric lot, fabulously wealthy and rumored to be dangerous to their foes.

The City Watch: The official protectors of the city who are theoretically appointed by the Lornegors, but operate almost completely independently, they do a fair job keeping the citizenry safe but their ranks are in no way free of corruption.

Order of Free Trade: A collective of merchants that keep Anchor City’s wheels turning and it’s people from starving, and collect a hefty profit doing so. They have interests in almost every part of the city and are ruthless with potential competitors.

Raftsmen: A small tribe of nomadic smugglers and thieves that play the dangerous line between the law and the dangers of Anchor by docking their fleet of flying tent barges on the dusky sides of the rock.

Dealing with an interloper: A new merchant has arrived from somewhere else and the Order has paid for someone to convince them to either play ball or go home.

Night terrors: Something has crawled up from Old City or maybe from somewhere even deeper and there’s a bounty on it’s head.

Secret discovery: A member of the Watch or the Order is paying good money for their boss’s dark secret.

Scavenger Run: A new island has risen. Any treasure it holds is free to whoever gets there and grabs it first.

That’s all there is to setting up a rough campaign setting. You can certainly do more work than that, but effort spent here is effort not spent on writing adventures and running the game. Obviously this template won’t be perfect for every game. Feel free to trim, modify and add as behooves your situation.

9 Responses to Creating a Campaign Setting in 6 Easy Steps