COSTS OF BEING THE GAMEMASTER 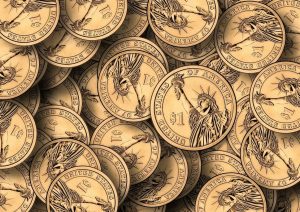 There are costs to improving in any endeavor. If you want to be a great writer, artist, or 70’s disco champion, you have to pay your dues. Folks may think that good gamemastering (GMing) is just a result of natural talent. In reality, we know that there are costs to running a session right. In this article, we’ll look at some of those costs. The goal is not to be negative, just realistic. Also, we’ll look at some ways to lessen those burdens or to view them in a positive light. The first obvious cost is time.

PREP TIME
It’s difficult to estimate prep time required for gaming. Some GM’s can put together a memorable session quickly, while others take a lot of time to get things ready. However, there’s always some time required. You have to prepare maps, session notes, tokens or minis, etc… If you’re running online, you have to load them into your virtual tabletop (VTT) ahead of time. Even if you are running a commercial, prepackaged campaign, you still have to read all the material. You may have to learn the basic rules for new systems and perhaps prepare pre-generated characters. Preparing for a game will always take at least some time away from other interests or family time.

However, we can look at this in a different light. The time spent preparing a game can often be a joy, a way to escape from daily troubles. Other hobbies can be incorporated into prep time. If you enjoy writing, you might love to write a campaign journal or blog. If you enjoy art, you can draw and paint maps or images for your game. You might even be fortunate enough to fold family time into your gaming time. My family was kind enough to help me playtest my first convention scenario, even though they are not gamers.

LOGISTICAL TIME
Another time cost involves logistics. As a GM, it falls primarily on your shoulders to recruit players and arrange gaming sessions. (You may also need to clean the house!) Also, between sessions you may need to update character sheets and your notes. There are even times when you’ll have to rewrite the next part of your adventure based on players zagging when you expected them to zig.

You can alleviate some of this cost by asking players to update their character sheets or write a session summary. Ask them if they know anyone who might like to play to help with the recruiting process. There’s no law that says the GM has to shoulder everything. (Though they probably won’t help clean your house. Sorry).

MONETARY COSTS
There are some expenses associated with the hobby. For face to face sessions, you’ll spend money on gas and snacks. Any convention or game day will also charge a fee. Adventures, settings books, maps and miniatures aren’t free either. When a game launches a new edition, you may be looking at buying one, two, or three hardcovers just for the core rules.

However, the hobby doesn’t have to turn you into Oliver Twist. Many gamers stick with older editions primarily for economic reasons. Find some players and party like it’s 1982 forever! Cloned versions of many old games are also available so everyone can have a copy of the rules. (I run Basic Fantasy as my primary old school game. And it’s free.)

If you’d like to move into newer games, many companies provide free starter kits or basic versions for download. That’s a great way to try the latest and greatest without mortgaging your house. With an internet connection and printer, you’ll have more maps and tokens than you could ever use. While minis and professionally printed maps are nice, you can get by without them. If you are crafty, you can turn junk into viable scenery. I used giant mushrooms made from empty yogurt containers recently. No one complained.

EMOTIONAL COSTS
This last item is something that’s probably not discussed all that often. When a GM has to deal with difficult players, it can take an emotional toll. We all have enough chaos and drama in our work and personal lives. It’s a lousy situation when it invades your game life as well. Also, there are times when you have to cancel a game at the last minute which can bring great disappointment. Sometimes, even when you do get to run the game, it comes across as flat and “meh.”

Unfortunately, these emotional costs are the hardest ones to avoid. Often, you have to do the best you can with tough situations, learn what you can from them, and then try to move on.

CONCLUDING THOUGHTS
Prepping and running games is a lot of work. And there are times when it isn’t going to be a bed of soft puppies and kittens. However, it’s all worth it when something you’ve created takes on a life beyond your intentions. Sure, you had to spend some time and maybe even money creating the scenario. Occasionally there will be emotional bumps in the road. But when you and the players are really digging deeply into your world, the costs all fade right away.

How about you? What other costs are there in being the GM? Why do you keep at it year after year? Let us know below.

11 Responses to COSTS OF BEING THE GAMEMASTER