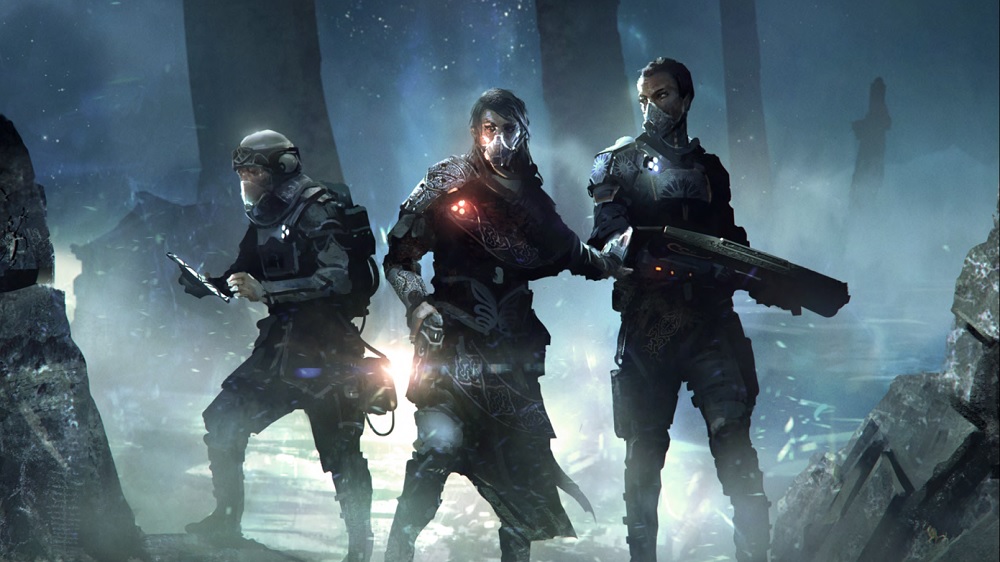 For years, I’ve raved endlessly about Coriolis, a science fiction RPG by Fria Ligan (Free League) co-published with Modiphius Entertainment. It’s my favourite science-fiction tabletop roleplaying game of all time. Scratch that. It’s maybe one of my favourites irrespective of genre. There is something in the game for everyone. That’s why I rave about it at any given opportunity. Here’s why.

Choice. Character creation is one of my favourite parts of any tabletop RPG. PbtA playbooks read like branching stories – with your narrative changing directions as you select new moves and abilities. They differ from other styles of tabletop RPG in that playbooks come in different forms for a single game. In D&D, character sheets are not individualistic in structure. You’re led along a linear path of new abilities, with the narrative having little effect on how your character class changes. Meanwhile, Coriolis sits right in the middle. I very much enjoy the wide variety of character “concepts” – Artist, Data Spider, Fugitive, Negotiator, Operative, Pilot, Preacher, Scientist, Ship Worker, Soldier, and Trailblazer – presented to the reader. Now, unlike PbtA character sheets or D&D classes, your initial concept is more like a springboard into a unique creation of your choice. When you begin character creation, the loose concept you pick only has a mechanical bearing on certain skills you are particularly talented with and the strongest attribute you start with. But that’s really where it ends. You can pick any skill. Have any weapon. Be anyone. Like the idea of being a space archaeologist? Let the Scientist guide you in the beginning as you determine who you want your character to be through play. Want to be a corporate bodyguard? Pick the Operative if you want a more low-key background, or a Soldier if you want the military to figure heavily in your backstory.

Structured growth from freeform roleplaying. In many ways, tabletop roleplaying games are like real life. Like us, characters in tabletop RPGs encounter challenges, experience failure and triumph, and experience the world in a unique way. If we’re particularly lucky or insightful, we learn and grow from these experiences. In popular games like Dungeons & Dragons, player characters “grow” by obtaining “experience points” earned from overcoming challenges commonly taking the form of a combat encounter. See the antagonist. Kill said antagonist. Grow in ways unrelated to the mass murder you’ve just committed. In Coriolis, players improve their characters’ quantifiable skills and abilities in a much more self-reflective manner. The game system rewards players “experience points” by facilitating a structured debrief and discussion between players and the GM at the end of every gaming session This is based on the overall narrative actions of each character and not necessarily what they killed or how many challenges they overcame. Some of the questions asked include:

Especially when playing tabletop RPGs with strangers or family members, systems like D&D and Pathfinder cause players to become preoccupied with “doing things” to level up their characters. Games generally descend into, sessions of “if we kill this many _____, we’ll gain this much experience.” Experience and growth are reduced to the consequences of death. Learning becomes a task. A game like Coriolis can be used to encourage more self-reflective (yet, goal-oriented) roleplay. The structured end-of-session debrief and discussion is a great way to have players recognize the weaknesses and strengths of their characters, mediate their own problems, and identify how their actions and behaviours can positively and negatively affect others.

I do, however, have mixed feelings about the “Arabian Knights in space” description attached to this product. While on one end there are clear undertones of Orientalist themes. But on the other, it presents a fictional Islamic world in a way that doesn’t problematize religion or depicts Muslims unfairly. As someone who’s spent a lot of time living and working in a Muslim country, I can very much appreciate what this game does for fair and positive representation. Perhaps I’ll discuss this in a future post on its own. Needless to say, the freedom to which you are able to create characters, the emphasis on storytelling and complications, and an easy to learn, yet highly tactical combat system makes Coriolis a unique game. It lets you be what you want and do what you want, all while providing a scaling degree of structure. It’s accessible and highly reflexive, and that’s what’s really important when assessing the value of a tabletop RPG.

Daniel Kwan is a podcaster, game designer, and developmental editor based in Toronto. He currently co-hosts the @azsnrepresent podcast and co-runs Level Up Gaming, an organization that helps adults with autism and other disabilities develop their social skills through group gaming experiences. Through @dundaswestgames, he’s published Zany Zoo and is currently working on a WWI PbtA hack called Ross Rifles!