A Simple Primer On Converting Between Systems 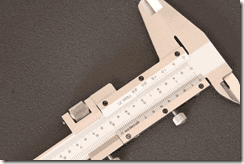 It sits there in your hand, this awesome module that has an incredible story, a great concept, a well thought out adventure path, and it’s perfect for the game you’ve always wanted to run…. except it’s not in the system you or your group likes to play. While standing in the game store, you mull over your options. You could pick up the source books for the system and work to learn it, you could see if someone else who is more familiar with the system would run it for you, or you could try to convert everything over into the system you already know and are familiar with. Yeah, that’s the ticket… It won’t be thatÂ  hard, right….?

Converting a module or splatbook for use with another system is something that can increase your play options incredibly. There are a plethora of adventures and options books out there that might fit your group, but for one reason or another you don’t want to use the system they are presented in. So conversion is your best option, but how do you do it?

The first thing to do when converting material from one system to another is to determine exactly what you want from the source material, then promise yourself not to do more work than is necessary to get that. Do you just want the adventure plot from a module? Do you want the one class from that Pathfinder splatbook, but in 4e? Are you going to use all the stats if your target system doesn’t have analogs for that?

The keystone rule of converting between systems, for me at least, is determining exactly what you need and not worrying about the stuff that doesn’t relate to that. My latest conversion was from 4e to Fudge. I dumped almost everything and didn’t worry about the stat block’s details. I looked over each and every one, but I only marked down what was necessary. The 4e power didn’t need to be converted exactly, but the feel of it did. If the enemy teleported 5 feet as a free action in 4e, it didn’t matter if I could find an exact duplicate in the target system. I wanted the idea of an enemy who could teleport at will, so I found the closest teleporting type power. If it isn’t close enough, fudge the details to get the feel in the target system. That is what is really important.

You are going to want to check one thing above all others before you start converting: Have other people already done the work for you? There are many conversion guides between systems floating around on the internet, and someone may have decided to make all the tools necessary to convert from one system to another. Do a quick search before you start in on the process of converting something between systems. You might not find a conversion for the exact module or splat book you are looking at, but you might find a guide that helps you do most of the dirty work.

What direction are you converting in? Use the right tactics

There are a few instances where your conversions between systems are going to be very easy, such as from a system like Pathfinder to D20 (or reverse). It might be from a system like 4e to Shadowrun, in which case you have similar levels of complexity, but different rules themes and goals. There are different tactics to use when converting between systems of different calibers, but you have to gauge the direction of conversion first. This is primarily the mechanically crunchy elements, but it doesn’t always have to be.

Look for the overlap, make lists, fudge if you have to

After you’ve determined what your goal is from the source material, and know what direction you are converting in, now you want to look for the overlap.

The more the source and target system have in common, the easier this is. However, if the source system differentiates between strength and dexterity, but the target system only has a body roll, then you’ve got a little more work. How do you determine how to split that up?

Let’s take a look at an example of this.

* The Fudging debate is a hotly contested thing in gaming, but I don’t consider these types of actions real fudging. You are converting from one system to another and not everything will fit. As in step 1, the concept of what you are converting over is important. If that is a big, burly, nearly unstoppable tank, then you have to make some concessions to get it right in the target system. If what you end up with isn’t exactly like the source material but is still a big, burly, nearly unstoppable tank, even if it fudges a few level requirements, then you are golden.

You will not account for everything, so plan for fixing it on the fly

Whenever you convert from one system to another, you are going to miss a few things. Creating generic templates or quick reference options will often save you from game pauses. You might know what an element in the source system looks like, and you might have done a conversion of itÂ to the new system, but when the PC whips out an odd power that you forgot they had and you have to roll a score that youÂ didn’tÂ account for in the conversion….well shit, what now? You can generally figure it out on the fly, but ifÂ you’veÂ got a generic template in the new system sitting around you are in a lot better shape.

Every system will be different though, so you have to determine what generic templates you need. In my current game, converted from 4e to rules light Fudge, I wrote up a bunch of generic materials:

I went from Rules Heavy to Rules Light, so I can fudge most things pretty easily. I’ve made minimal use of my generics, but they’ve saved my butt when I’ve had to come up with things on the fly. Plus, they made me look like I’d accounted for everything all along and never had a gap in my planning.

How much of the source material can you continue to use?

As a final note when converting from system to system, determine how much of the source material you can use. Can you keep the book open in front of you and just use post-it notes to mark differences? Are you going to have to re-write almost everything? If you have the PDF, can you copy and modify what is needed? The more of the source material that you can use, the easier you’ll find the conversion.

If you find yourself needing to make a lot of changes though, that doesn’t mean it is all bad. When putting together lists and other tools to help yourself convert, you’ll likely be building a toolkit to convert ANYTHING from the 2 systems you are looking at. The next time you convert from the source system, you’ll probably be able to do it quickly.

7 Responses to A Simple Primer On Converting Between Systems