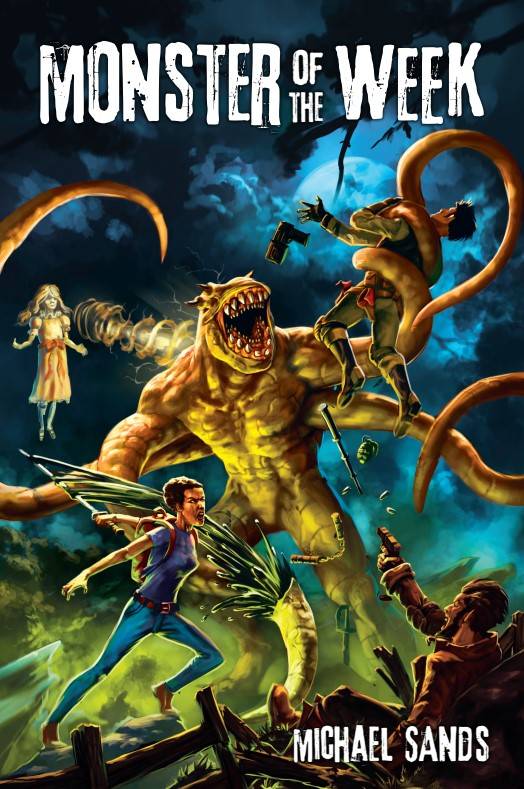 In my last article, I mentioned how, in recent years, I’ve been playing various Apocalypse World-derived games at my local convention, and how this gives me the opportunity to look at the differences in these systems and how that helps to enforce different genres and tones between them. I tackled the first half of the convention, where I ran Threadbare, Bedlam Hall, and Legend of the Elements. This time, we’ll look at the last three games I ran for the convention, and what they brought to the table.

Monster of the Week

I’ll be honest–I’ve run this one a lot. Every year that I’ve run Apocalypse World inspired games at my local convention, I’ve run at least one slot of Monster of the Week. In addition, I’ve run two short “seasons” of the game for my friends as well. I’ve even played it a few times.

Monster of the Week is by Michael Sands, and published by Evil Hat. It is a game about hunting monsters, inspired by media like the X-Files, Buffy the Vampire Slayer, and Supernatural. The specific game element I’ll look at here is Luck.

Many games have a mechanic to spend that allows you to boost your rolls, or to mitigate damage. Luck is special in Monster of the Week in that when you are out of Luck, the player who is running the game is free to start introducing hard moves on your character until they meet their untimely end, because you are, well, out of Luck. In addition, when a character spends Luck, a special narrative element tied to that playbook is introduced into the game.

I have never had so many characters run out of Luck in one game before. I allowed them three Luck for this one shot, instead of the full allotment that they would normally get in a long running game. There were a lot of poor decisions made, a lot of bad rolls to follow up those poor decisions, and in the end, we had four dead hunters. Instead of just having the zombies and the immortal mad scientist attacking them one at a time, the characters that were out of Luck just happened to get sprayed with extra debris or chemicals whenever something bad happened.

One other narrative element that was driven by the Luck mechanic was that the Expert, in this case a several hundred-year-old alchemist, was revealed to have had a hand in the current mystery. The final villain continually thanked his old colleague for his help on perfecting his formula, which drove the poor old alchemist to the point of shutting down, and then pushed him to self-sacrificing heroics. 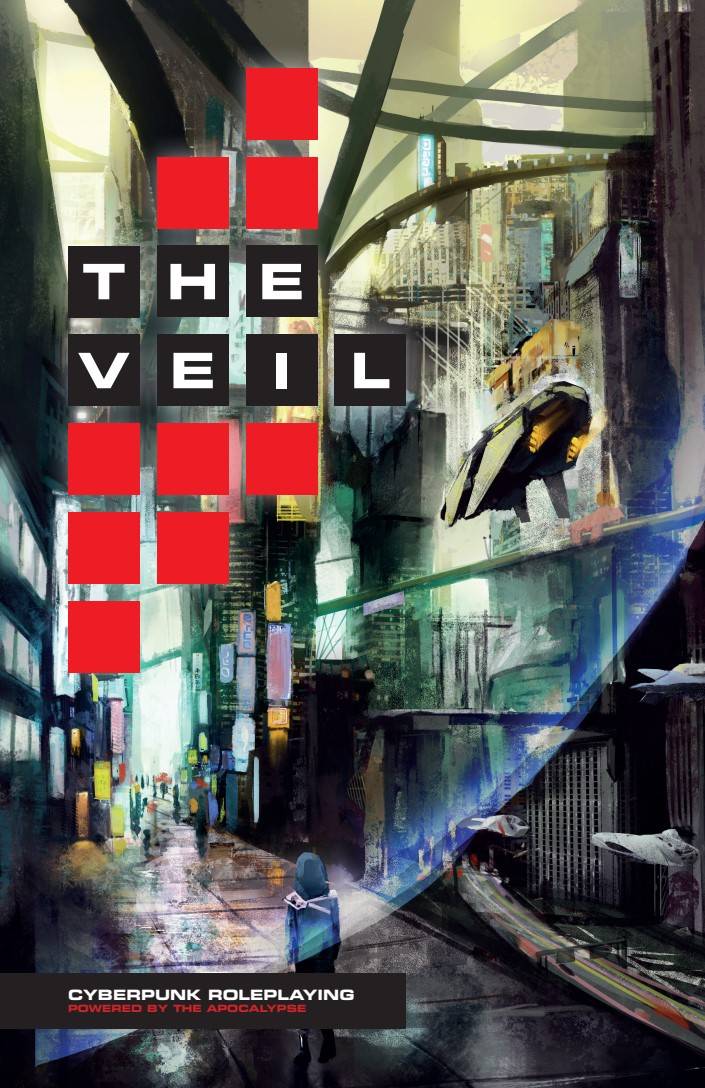 The Veil is by Fraser Simons and is published by Samjoko Publishing. It is a game about a cyberpunk future, but unlike other games in the same genre, such as The Sprawl or Headspace, The Veil has a broader set of influences, drawing from a wider range of cyberpunk tropes, including anime and even post-cyberpunk stories. The mechanics that made the most impact on our game were the states, and how they work at the table.

Many Apocalypse World derived games have stats of some kind that are added to die rolls when appropriate. The Veil instead uses states, emotional descriptors to express where the character’s head is at when they are performing their actions. Because everyone in the setting is connected to a cyberspace overlay that colors their perception of the world, using one emotional state repeatedly can cause a person to “spike,” which gives them different values for their states until the spike can be cleared.

The most obvious effect of this game mechanic was that people were describing what their characters were thinking as they were performing actions. Because it was potentially bad to “spike out” and limit options, people varied their approaches, but they did so in a manner that was framed from their point of view, and why they felt that way.

One particular character did spike the state that he was using, and he used it as an opportunity to be absolutely certain that everything he was doing was the right way to approach the situation, because his Superior state spiked out. This led him to state a thing definitively that was total conjecture.

Infinite Galaxies is a game that is produced by Rory G. McLeod. It is a game of space opera that is heavily inspired not just by Apocalypse World, but also by the playbooks and design of Dungeon World.

Aside from the setting, one of the deviations from the mold established by Dungeon World is that each playbook has multiple packages on it. A package is a bundle of starting moves that all fit the broad theme of the playbook, but have tailored moves for a more specific theme.

I created a very broad scenario where the group was carrying illicit cargo to a planet for delivery. The buyers were a cell of rebels fighting against an evil corporation that had just purchased the government in that sector of space. The corporation itself was being controlled by a cult of evil telepaths.

This could have gone multiple directions, including joining up with the local rebels to fight the evil corporation, or exploring the ancient ruins for psionic artifacts. Instead, the Jack took the gunslinger package and got into trouble in town. The Psi decided to play as a young, rebellious kid, instead of a wise “space knight,” and those choices helped to nudge the feeling of the game from Star Wars more towards Firefly.

Instead of sympathetic, oppressed rebels, the locals became dangerous zealots, and the next job that the group picked up was from the local criminal syndicate, whose ability to move contraband was hindered by the new corporate authorities.

The Devil Is In The Details

Despite all having a very similar resolution mechanic, the introduction of a few extra, modifying elements moved gameplay into very different spaces. Naming body parts that got damaged wouldn’t convey the fast and lose combat of space opera. Having the characters draw ever closer to the end of their lives because of the danger of their profession wouldn’t do much to convey the tone of martial artists honing their supernatural talents. Being able to suddenly make everything worse, in the hopes that you could take advantage of it for your own personal prestige wouldn’t do much to convey a future where humanity’s perception of reality is altered by an augmented overlay.

Because of the similar resolution mechanic, it becomes much easier to see how those mechanics that are not the same are changing the way the game plays at the table.Â

I had an amazing time running these games because I had fun players that were engaged and active at the table. But one thing that helped them to be engaged and active were the mechanics that gave them agency to modify the reality of the game within a closed set, which fed back into the proper tone. Because of the similar resolution mechanic, it becomes much easier to see how those mechanics that are not the same are changing the way the game plays at the table.

Have you run similar games, and seen wildly different results? Have you tweaked a rule that you realized was integral to the feel of the game? Have you been crazy enough to run six out of seven slots over the course of a weekend at a convention? If so, I’d love to hear from you!