Commissioning Artwork of Your Character(s) 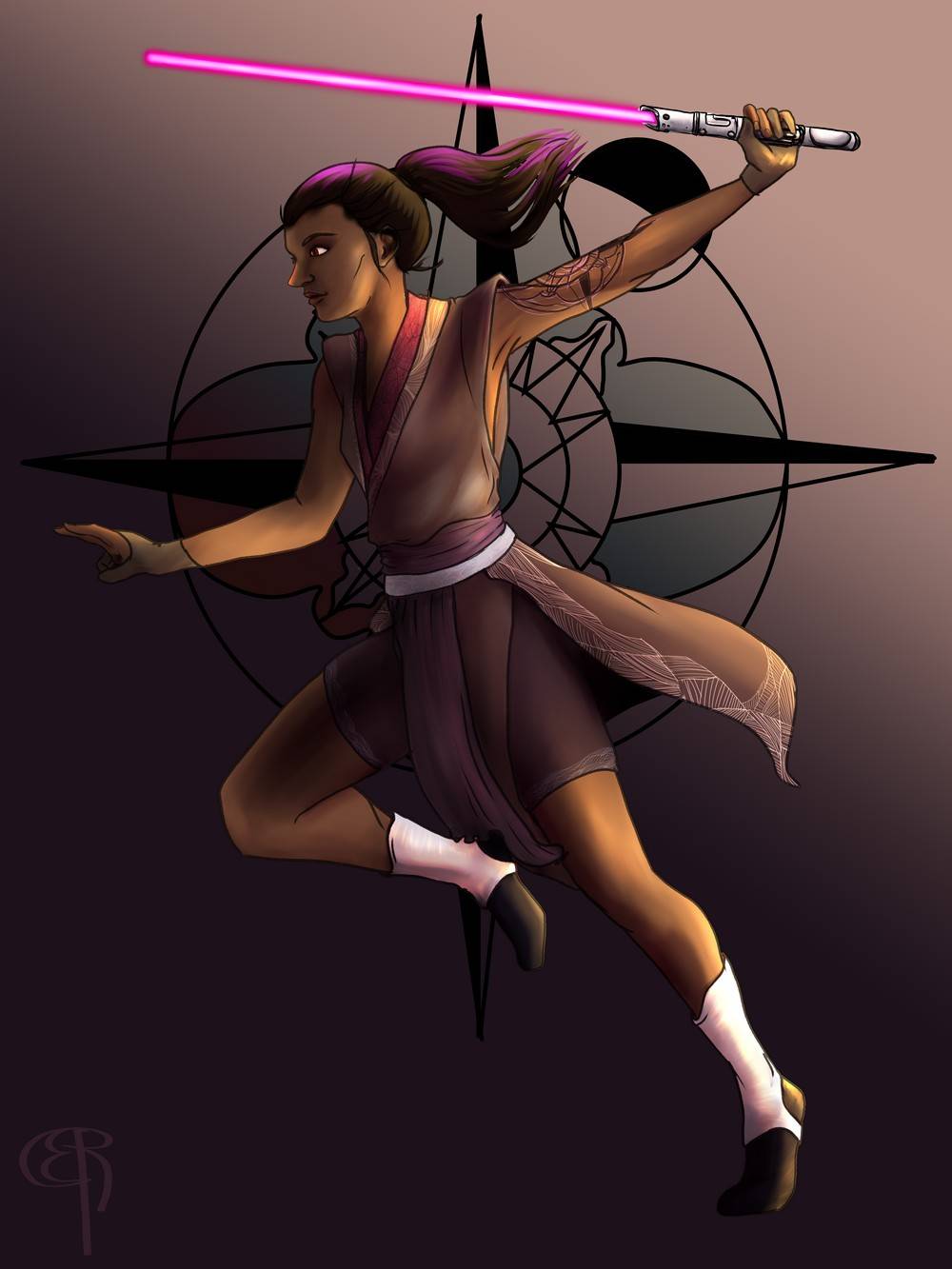 I’m a very visual person. When I dream, it’sÂ like scenes from a movie, full of color and detail. Usually very weird details, but still details. When I read a book, I’m irritated if the cover art is completely off from what the author is describing. When I play a roleplaying game, I want to SEE the characters.

Luckily, our hobby is home to a wide array of artistically talented people. Art is an intrinsic component to the success of pretty much all RPGs. They provide the shorthand for the experience the game is offering, from both the style and substance of the art they use. From that iconic D&D cover of the thieves prying a gem out of a statue’s eye, to the deliciously dark and moody art woven through Vampire the Masquerade, you know what you’re getting when you start flipping through those books. Just look at the art used in Masks. Right away you know you’re getting a comic book extravaganza built around young heroes.

Great. There’s art everywhere in the industry of roleplaying games, but how does that translate to me getting MY character drawn? Well, that abundance of art also means there are a ton of artists out there available to do commissions of your characters.

Recently, I bought my first house. One of the first decisions I made was that my office would be decorated in artwork of my characters and the various games I’ve played or run. I had a few existing pieces to go on the wall — a copy of a comic book cover a friend did of our Champions game in the 1990’s, a digital piece a friend commissioned of our reluctantly partnered characters, and a piece our very own Avery had done a couple years ago of one of my favorite super hero characters. It’s an okay start, but I definitely wanted to add more artwork of my favorite characters from over the years. 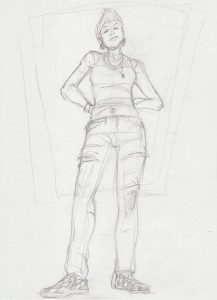 The early sketch. Can you see the Pink influence in her? (Art by Avery Liell-Kok)

If you attend conventions, it isn’t that hard to find artists that are available to take commissions. Some conventions will have an artist’s area where the artists display examples of their work as well as prints available for sale. If you see someone’s work you really like, stop and talk to them to see if they’re available to take on a commission. They should be able to tell you what their prices are and if they’re available. At the very least, you can collect business cards of the people you like and contact them later.

The internet also offers a multitude of ways to find artists. While I’ve never hired any, I have contacted a couple of artists I’ve found on Deviant Art to see what their availability and price would be. Some have the information listed right on their gallery’s info page. Some artists have their own websites, or share their work on something like Tumblr. Regardless of where you find them, do a little research and make sure they’re someone you want to work with.

Be prepared to pay a fair price for the work being done. The value of a good artist is often notoriously underestimated. You’re not going to be getting an oil painting for $20. Even if you think an artist makes it look easy when they’re sketching something out, what they’re doing has required a significant investment of time and talent. If you want a full color, full body piece of your character, that is hours of work for the artist. Think about how much you feel you should be paid an hour for a professional job and you’ll have an understanding of why you need to be prepared to pay a reasonable price for that artist to bring your character to life.

Once you and an artist have agreed on a price and what final product you’ll be getting, it’s time to get that image in your imagination explained well enough so the artist can bring it to life. There’s no need to write a novel, but it’s important to give them as much detail as possible. This includes everything from the shape of their face, color of their eyes, style of their hair, clothes they wear, and so on. Also, don’t underestimate the importance of sharing some of the character’s personality and mannerisms. That can help provide the artist with the little bit of extra they need to get the character just right.

When I’ve described my characters for artists, I’ll often include whatever actor, model, or celebrity I’ve been using to describe the character to other people in the games I’ve played. One character I described as a skater punk in plaid sketchers with wildly colored hair, but it was saying that I think she’d look a little bit like Pink that really helped the artist. The Jedi in the picture above was described as looking like Misty Copeland, the ballerina. Basically strength and softness combined in one determined package.

Most artists will provide you with an early sketch to make sure they’re on the right track. Give honest feedback, but also don’t be a demanding jerk. 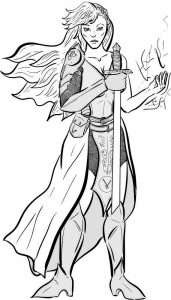 A digital sketch for one of the characters in the group piece. (Art by Chris Mann)

You are likely not their only customer, and being an artist may not be their only job. Be patient and understand the time it’s going to take to get the finished piece. You and the artist should have established a timeline at the beginning, but understand things can sometimes take longer. Many of the pieces I’ve commissioned have taken between a few weeks to a few months to be completed.

In one case, I have an open ended timeline with a friend who agreed to do a group piece for a completed campaign I had played in. This is something we both agreed upon and I’m fine waiting for him to have the time to do what is essentially a fairly complicated piece.

So, there’s my perspective from the side of someone commissioning artwork of her characters. This summer, after closing on my new house, I approached Avery and commissioned another piece from her. She’ll be sharing her side of the story later this week.

Have you ever had an artist bring one of your characters to life?

15 Responses to Commissioning Artwork of Your Character(s)