While reading “The Dreaming City” for this article, it struck me that over my many moons of gaming I’ve seen (and played!) many “Elrics” at the table.

First published in 1961, “The Dreaming City” is Michael Moorcock’s first Elric story. Elric is quite different from typical fantasy heroes (in fact, I’d be hard-pressed to call him a “hero”). He’s a frail albino from a race (Melniboneans) that once conquered the world but are now reduced to a single island. He is a master of the dark arts and can summon Cthulhu-esque aspects of his god Arioch; he is also wielder of a powerful rune sword, Stormbringer, which gives him great power in spite of his physical limitations.

Upon first read, I was struck by how much this story felt like a player steeped in the World of Darkness decided to bring some of that to her Dungeons & Dragons character. Indeed,  this first tale reads like a character backstory submitted to the GM. Elric is a nomadic wanderer from a decadent culture in decline; he lost his birthright to his cousin and, in exacting his revenge, accidentally slew his lover with Stormbringer. He also sealed the fate of an entire navy, leaving them to be torn apart by dragon riders while making his own escape. This is hardly the stuff of heroes, but makes for a fun backstory for a PC.

As I’ve already said, I’ve seen a lot of “Elrics” at the table. He’s a classic “lone wolf” with his own agenda and doesn’t work well with others, thinking of himself first. He’s also largely defined by the magic item he wields and can ask his god for aid. Every D&D group I’ve played in has had at least one Elric, if not several.

So what can I take from this story to apply to a campaign today? Here I’d step away from Elric and look at the Melnibonean culture as a whole. Moorcock’s world is similar to Howard’s Hyboria in that it is a sword & sorcery setting in Earth’s prehistoric past. The Melniboneans are similar to classic fantasy elves; they once ruled the world and are now a shadow of their former glory. With the exception of Elric, Melniboneans rarely venture from their island home.

Culturally, the Melniboneans are similar to Drow (dark elves) and this is where things get interesting from a GMing perspective. Elric (like Drizzt – you knew I was going to go there eventually!) isn’t really like the rest of his culture but he has to deal with that prejudice. Imagine a fantasy world where all members of a particular race have to deal with the sins of their kin. In addition, virtually every other nation has been touched in the past by this great culture (think Rome) and reshaped by it.

As a decadent (evil?) empire, the ruins and remnants of this culture would be enigmatic and dangerous. Worse, any player characters from this culture would be expected by locals to be well-versed in the dangers and be able to safely navigate through them. Imagine the dilemma if a PC finds loved ones kidnapped or a price put on her head unless she performs some task in an ancient ruin of which she has no knowledge?

In short, you can make the parent culture of a PC dangerous and interesting without forcing the player of said PC to play her character a certain way.

So how about you? Have you gleaned any other nuggets from this story? Have you ever deviated from the “standard” culture of a particular race/species? How well did it work? 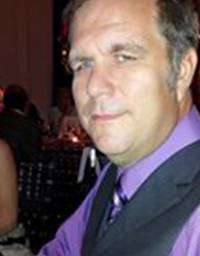