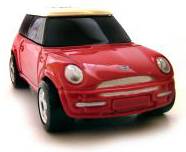 TT reader Joaquim Ball-llosera (Quim in the comments), co-founder of the Spanish indie RPG company Maqui Edicions [1], emailed me this nifty idea. He was gracious enough to let me share it with you — thanks, Quim!
– – – – –
While designing my new Rifts campaign, I came up with an idea for introducing PCs. I call it the Campaign Prequel.

My players are reluctant to create PCs with a lot of background information. They say that the PCs’ histories before the game are not important, as they forge their own “legend” during the campaign. Besides, if a PC dies, there isn’t work/time “lost.”

As Rifts is a “complex” world never played before by my players, I have designed one mini-adventure for each PC where he is the main character, and where the other players role-play the other members of the group. These other members will be then re-usable as NPCs in the campaign.

These prequel adventures serve us with a triple purpose:

– – – – –
What I really dig about Joaquim’s idea is that it takes White Wolf’s prelude concept — a mechanic that’s already easy to drift into other RPGs [2] — and expands it without losing that portability.

It also tackles two issues that a lot of GMs run into: players who’ve been burned in the past on creating PC backgrounds that never got used, and players who don’t give you usable background material [3] without some prodding.

What do you think of Joaquim’s campaign prequel idea?

I would say that as long as these mini-adventures can all be worked into the initial session, it has potential.

Perhaps as a shortcut, the mini-adventures could be applied to pairs of PCs, to save a little time.

I prefer to get into the “meat” of the adventure. Whether characters have backgrounds or not, they’re already the heroes of the campaign story.

Still, it’s an idea that’s worth exploring, especially if you have a stable group of players that play regularly and are ready to get immersed in a game world and/or a long campaign.

I am using the prelude idea for launching my next campaign on the 28th, as that day will be a character building session, since we are using Arcana Evolved and most are not as familiar with it, as I am.

I have two PCs that are doing the prelude together, as they have built thier characters together and wove thier backgrounds togther.

I like the idea that if I have a player who is done building is ready I can have him run an Npc in the prelude,

However callin it a prequel is bad english since you run it before the main game.

By definition, prequel is a great term for what Joaquim describes — the popular usage as it relates to movies, where prequels are made after the original films they precede (Star Wars), isn’t part of the definition. Just sayin’. 😉

The problem that sometimes crops up in the ‘rolling introduction’ or whatever you want to call it, is when the character takes a hard left into uncharted territory for perfectly in-character sorts of reasons.

Hard to meet the projected endpoint (a meeting in a tavern, say 😉 if the only tavern in town was burnt to the ground three days prior by one of our erstwhile intrepid heros.

I love it! For a group of 4 or 5 you could run hour-long prequels and squeeze everything into 1 session.

Similar idea: (by Robin Laws?). Introduce each character by having the player play a scene where the character is doing his/her thing. Ie. If the character is a sneaky thief, the intro scene could be sneaking on rooftops.

Discard the rules for this occasion and let the player pretty much narrate his character to do anything.

The shortcoming I see is a new player, or one unfamiliar with the setting, but that can be done as a duet with the GM.

I’ve always wanted to do sort of a ‘Lost’ flashback thing in one of my games (I mostly run the Dark*Matter campaign setting), but I haven’t had a group in awhile and thus no opportunity.

I guess to be more precise, it would be like in that episode of ‘Jericho’, where they look at what the main characters were doing the couple of days before hydrogen bombs destroyed the big cities of the USA.

Could be interesting, depending on the campaign.

One of the main reasons for doing this “prequels” is for setting introduction to the players. Short options stated before are all perfectly ok, but I wanted something more elaborate as we are about to start a “complex” campaign in a huge setting.

I came up with the “prequel” term as I already have a designed campaign, and this short adventures (mainly thought for 2-4 sessions) where made after it.

BTW, Thanks to you Martin for letting me get this good feed-back.

I’m currently running a play-by-email game since I refuse to play with the local groups (All munchkin players so far.) Because I was running a system new to most of the players and wanted to keep things easy and did prelude missions with each of them solo. This gave them some history, some personal goals, and a way for me to get them to a common location for when the true mission started. I also introduced NPCs each of them would know and have opinions on. I think it’s helped get everyone settled with the system and an attachment to the characters.

I just started my new campaign last night, and I’m doing something similar to this. We’re playing D&D and the characters are all starting out with a single level in an NPC class–their character “background”–so they have skills leaning towards what they’ll have with full-fledged character classes, but they’re all young and inexperienced. So, I’m treating this as an opportunity for the players to all become familiar with the various characters and for us to establish some background for the characters working together.

It’s a little easier bringing the characters together, since they’re all part of a large mercantile family–either full-fledged family members, or wards being brought up and trained to the family business.

Once the “prequel” adventure is done, having planted plenty of future adventure seeds and hopefully having created useful ties between the characters, we’ll advance the timeline about 10 years so the characters are adults when bad things start to happen again, drawing them into further adventures. Last nights session went well, so hopefully this technique is accomplishing what I wanted it to do.

That’s good Ravencloak. I undestand that using this prequel system for Lvl1 D&D characters is far more difficult that using it in other games where character advancement is not so “rigid”, specially if you want to start the capaign at lvl1. As I see, using non-PC classes is a good aproach to this. Congrats!

I think I’m doing this too for my new game, but it’s mostly because I’ve got one player that’s ready and a bunch of others that aren’t.

Also, I haven’t DM’d for awhile, and it’ll be a good way to get back up to speed without having to juggle a bunch of players.

Quim, have you used this technique with your current group yet?

If you have, I’m curious how it went — and how much time it took. I can see how splitting these prequels over multiple nights would start to drag out, and I like the idea of bundling them into one very busy evening of play.

If you have time, let us know how it went. 🙂

No I haven’t done it yet (I’m planning this campaign a year ahead). Now, I’m not really worried about dragging out. This is gonna be a huge campaign and I’d rather prefer have a good foundation than starting out with PC wandering about without not knowing anything of the setting or a discontent player about his PC. I take this prequel adventures as part of the campaign so they are not just an addition, but a very important part of it. On the other side, and realizing that players usually want to start inmediatelly with their PC, I’m planning to run all mini-adventures alternatively (jumping from one adventure to another), from session to session, or in between sessions after a mini-adventure has reached a cliffhanger a la “while you PC is about to die, on another part of the world…grab this other PC sheets!”