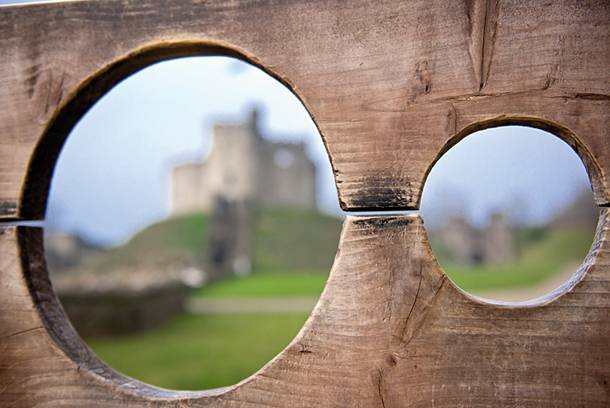 Like I said in my first post about campaign frames, we all use them. Every time we sit down by ourselves or as a group and decide what kind of game we want to play, we’re establishing the campaign frame. What’s the genre? What kinds of experiences do we want to have? Are there particular types of content we’re looking to emulate?

Establishing those things is key to the foundation of a campaign. From my perspective, anyway. In my world, if I don’t do that work and just wing it things unravel quickly and I’m lucky if we get 5 sessions in before I’ve lost the plot. Literally.

Today we’re gonna break campaign frames down even more and spend time looking at how they can help us emulate the kinds of stories we see on TV and in movies.

If you’re looking to emulate things, you have to know what those things are first. With DD&D, it was pretty easy. I watch a lot of food-based television, a lot of competition-based reality TV. Shows like Chopped, Iron Chef, Project Runway, and RuPaul’s Drag Race are very familiar to me. So much so that, in wanting to emulate them in DD&D, I was able to come up with the lynchpins pretty quickly:

To make a campaign frame that emulates a genre of something, you need to be able to pull out those kinds of lynchpins quickly, too. That means if you’re really interested in doing a Pokemon-style game about wandering around and collecting monsters with your friends, all while defeating the bumbling antics of a dynamic duo/trio of antagonists, you should internalize those tropes.

Gotcha. No, not gonna do that.

However, what I just used was a trope. You can call them prevalent themes, or even cliches. They’re the metaphorical ideas present in something, and they often follow well-worn paths. Starting a college essay with “Merriam-Webster’s Dictionary defines . . .” is a cliche and could serve as a trope in a college-type frame. Tropes can be obscure or right in your face, but they’re the thing that, when someone interacts with it, they know exactly the kind of story they’re getting.

Aside: A lot of contemporary media likes to turn tropes on their heads. That’s good for a form of media in which the audience has no creative control. In tabletop RPGs, though, it can be confusing. For the purposes of starting out with campaign frames, keep your tropes easily identifiable and steal from the best resources you have available.

One You Know It, Do It

This is the fuzzy, weird area of a campaign frame. These frames aren’t mechanical in nature, so you don’t necessarily have rules to fall back on. What they are is an agreed-upon set of ideas that the whole table will participate in playing out. Your use of game mechanics, ideally, will reinforce that.

DD&D, to continue using the example at hand, would work in most any campaign setting or with most any mechanics. It’s an easy adaptation because you all just agree you’re going to tell road movie food stories with confessional booth-style asides and Bob’s your uncle.

However, if you’re looking to emulate a genre where, say, you’ve got a lot of emotional connections or there are tropes present like the melodrama of a CW TV show, that’ll be more work. You’d be best served by coming up with an Apocalypse World-style set of Agendas and Principles to back up your campaign frame. If you don’t put some constraints and guidelines in place, it can all fall apart.

You’re In This Together

Most importantly, for any campaign frame, your group has to be on the same page. This is true of any game really, but when you’re getting into the kinds of stories that aren’t traditionally told using, say, D&D, you have to have that buy-in. Nothing’s worse than trying to frame a shot of the chef expertly preparing some medium-rare aboleth tentacle and having the Barbarian attack the kitchen staff because the player is bored and just wants to kill things.

Campaign frames can bring new ideas and ways of playing games to your table. Do your research, establish your tropes, and if you need to, outline a list of things you want to see emulated in play. Keep refining as you go, and have fun! (Oh, and you’ve got to try the seared invisible stalker steak. I had some around here, but I just can’t seem to find where I put it.)