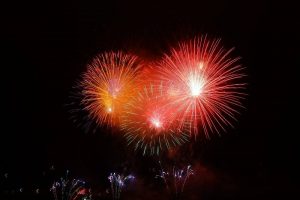 “How does it end?” is an eternal, human question. We crave resolution in our fiction and in our games. The ultimate resolution (well, besides character death) is a campaign finale. This is the final mission that concludes PC’s adventuring careers.

In this article, we’ll look at the positive and negative aspects of using a campaign finale. It’s something you may want to think about. Do you want to give your players one last hurrah, or can the fun go on forever?

Campaign finales have much to recommend them. They bring resolution to the PC’s stories. Characters will finally get to confront (and perhaps triumph over) the big bad, or solve the major campaign problem. Also, should there be a character death, it will at least be at a dramatically appropriate moment.

On a more peaceful note, these adventures are an appropriate point for PC’s to retire. This brings a sense of realism to the campaign: in the real world, things quiet down as we get older, except for Charlie Sheen. Characters are an extension of their players, so it is comforting to think that they have laid down their sword and now run the local pub or teach at the college of magic.

If your campaign has become bloated with past events or too many NPC’s, this can be a chance to wipe the slate clean. Similarly, it can be difficult to provide effective challenges for high-level characters. Wrapping up and rebooting can put some danger back into your campaign. It can also be the chance to try a differently flavored campaign, or a different genre.

No matter how tightly you plan your finale, there will often be loose ends. Perhaps one player wants to see what became of those ents, or another never got to use a special skill or item. Not everyone will be ready to leave the shared world or to abandon their characters. Even if they are, they may not be interested in your next campaign, particularly if it is a different genre or edition.

It can be hard to top a campaign finale. What do you do after throwing the ring into Mount Doom or saving your father from the Dark Side? Resist the urge to go bigger (Starkiller Base, I’m looking at you!). It might be better to run a smaller, more character focused adventure after the big blow-out. Include more roleplaying or problem solving if the finale was big on combat or spell-slinging. If you change things up, players are less likely to compare following sessions to the “Big Game.”

Lastly, you’ll need to consider what to do if some players can’t make the planned final session. Could you run a “filler” session or three until everyone can be there? Could you run the finale earlier if someone is moving away, going to college, or entering the military?

Finales don’t have to be all or nothing. Perhaps your players don’t want the campaign to end, but you need a change of pace. You can always run a wrap-up adventure for a particular storyline, and then take a break with a different game. Stress that you will be returning to the original campaign in short order: you just want to try something different for a few sessions. This provides you with an “out” should the new game not be to everyone’s liking. You might even find yourself pining for the old campaign as well. This way leaves all doors open.

How about you? Do you wrap up campaigns and then move on? Do you just keep one campaign going as long as possible? Let us know your thoughts below.