Bringing The Streaming Fan To The Table 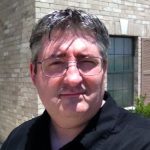 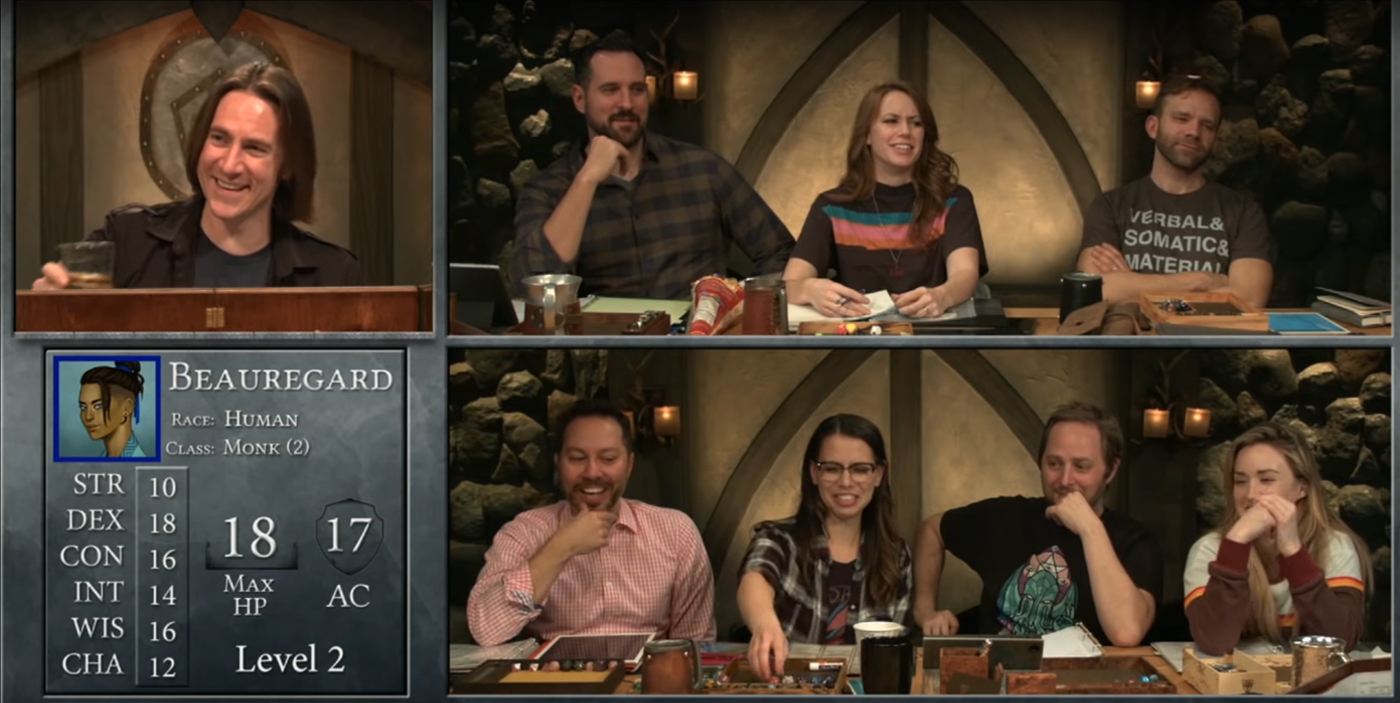 It has finally happened to you. You, the veteran Dungeon Master, are adding a new player to your gaming group. You’re taking in a new player into your home game, your inner sanctum. Your baby. Maybe a player at the table is bringing along a significant other, or maybe a friendly coworker wants to make the leap to tabletop RPGs and has asked to play.

“No problem.”, you think. You’ve taught a lot of people to play. Why would this be any different? This isn’t your first rodeo. You get to know the person socially to see if they’ll be a good fit. You ask the questions about schedule and commitment. The stars align, and they look like a good fit. So you ask the tough question, “What inspired you to invest time into a tabletop role-playing game?” (You may even silently think yourself so clever and accommodating to avoid the gatekeeping three letter acronym “AR-PEE-GEE”.)

And there it is. It can’t be taken back. They watch streaming RPGs ON THE INTERNET and a million questions form in your brain. “How do they find the time?” “Why would they watch a game of Dungeons and Dragons without ever playing?” Maybe your first reaction is defensive. “Ugh. So Hollywood.” Maybe some self-doubt creeps in. “I’m not as good as Mercer. He’s a professional voice actor. And he has all that Dwarven Forge”. Or “I’m not Chris Perkins. I don’t have his encyclopedic knowledge of the Realms.”

“Ugh, why me? This sucks.” How could this happen to you? You’ve been a Dungeon Master for decades. Hell, you still have your Basic Edition Redbox. When people are asked about their favorite artists, your friends say things like “Jackson” or “Picasso”. You mumble something socially acceptable, but inside you scream “LARRY ELMORE”. Have no fear fellow Dungeon Master, we’re here to help you through these difficult times.

How do you, the person who has been DMing for so long you can convincingly lie about liking Fourth Edition, handle this situation?

What is all this streaming about, anyway?

Let’s take a moment to review the most influential streams, in case you’re not familiar with the streaming scene.

Dice, Camera, Action! (DCA) is a Skype-based stream produced officially by Wizards of the Coast and run by the legendary Chris Perkins. DCA features the current storyline published by WotC and features four players with an occasional guest star. The game has been playing for several years and features the same characters across multiple published campaign books. The characters advance slowly, deliberately suppressing the power curve to allow the characters room to grow and expand without breaking the power curve of the setting. Each session lasts about two hours and is streamed weekly. DCA is a helpful reference for deconstructing published campaign material into a player-focused experience, yet keeping the flavor of the original book.

Acquisitions Incorporated (AcqInc) is a live play game run again by the legendary Chris Perkins played live at the table during most Penny Arcade Expos (PAX). These games are short, lasting about two hours, and feature the founders of the Penny Arcade webcomic Mike Krahulik and Jerry Holkins as well as noted fantasy author Patrick Rothfuss. A fourth player is frequently rotated in and out of the game. This game started in 4th Edition days and focuses on grand set pieces and largely absurdist comedy in the Forgotten Realms. The PAX Acquisitions Inc game can provide guidance for running a classic “beer and pretzels” game with a focus on high action and hilarious moments.

A relatively late entry into the streaming realm is the Acquisitions Incorporated: C-Team (C-team) game. This is also a live table game, DM’d by Jerry Holkins. Thematically, it is very similar to the AcqInc main game but features a very different table feel. The game is more chaotic and self-referential than any of the other games on the list and can be challenging to follow due to a large amount of crosstalk and inside jokes told at the table. The game streams for two hours on a weekly schedule. Of all the major streamed games, this feels most like a traditional table game.

The most prominent of the RPG streams is, of course, Critical Role. Critical Role has been streaming for several years and is DM’d by voice actor Matthew Mercer, featuring a cast of more professional voice actors. Critical Role’s success, while polarizing in some communities, has been an important influencer on the success of 5th Edition.

So, where to begin? First, don’t be afraid to ask questions! Showing interest in what excites the player will forge an early bond every Dungeon Master needs to make with their players. Unlike most new players, the stream fan will have a solid understanding of what an RPG is, and how to behave at the table. Ask them what they like about their chosen stream. Find out who their favorite character is on the show. Do they answer with a character name or with a player name? Answering “I like Liam.” versus “I like Vax.” can tell you a lot about the new player’s expectations. For example, answering with a player’s name may indicate they enjoy strong performances at the table. Answering with the character’s name may show they are more interested in building a deep, tragic story for their character.

Second, understand watching a stream is a way for a person to be a part of the RPG community. A DM prepping for a game, or players plotting out how to attack the next session are just ways we interact with our hobby away from the table. Taking in a stream is no different. It’s critical to keep in mind playing in a game is just one of many ways we build and participate in our hobby.

Â A person who enjoys talking about Critical Role will almost certainly bring that level of engagement to your table.
Armed with this information, you’ll be able to direct your game in a manner enjoyable for your new player. Hopefully, this opportunity can be used to expand your perspective on DMing, too.

Lastly, it helps to understand how RPG streams differ. There are many different streams a person could choose to watch and this will give you helpful information useful for integrating a new player into your game. The difference between a Critical Fan and an Acquisitions Inc. fan could indicate predilection in tonality (a more dramatic tone instead of a more comedic tone). A fan of Dice, Camera, Action might be into world building or enjoy a game steeped in lore.

Of course, people are complicated, and it’s not all chromatic orbs and CR 2 unicorns. A player coming to D&D from a streaming background will have a head start over the traditional new player. They’ll understand rules, table protocol, and probably spotlight sharing better. This knowledge will also come with certain expectations one should be aware of to ensure a good experience for you and all of your players. There are some basic steps you can take to help ease the player into your game.

The obvious answer, watch some episodes of the stream, is probably the least practical one. The task before you now is setting expectations. Based on the game you’re running, the player’s expectations may need to be managed in different ways. Running a published adventure comes with engagement challenges to even the most experienced D&D player, much less a player whose only experience with D&D comes from a campaign built solely around extracting the most from a player backstory.

Running homebrew content also comes with challenges. Every Dungeon Master injects themselves into the world they create. Interests, beliefs, or even our aspirations influence our world and might cause friction with the player’s expectations. As with most situations, open and honest communication is the key to working through these situations.

In short, “How do you want to do this?” is a great way to integrate a streaming fan into participating at a table, be it physical or virtual, and expand our hobby to new fans!

With the influx of new fans to 5th Edition Dungeons and Dragons, how have streaming shows like Critical Role changed your game?

John Carney is an old man who likes to tell stories with his friends, preferably with dice and Texas barbecue at the table.

1 Response to Bringing The Streaming Fan To The Table