Bringing Diversity To Our Imaginary Worlds 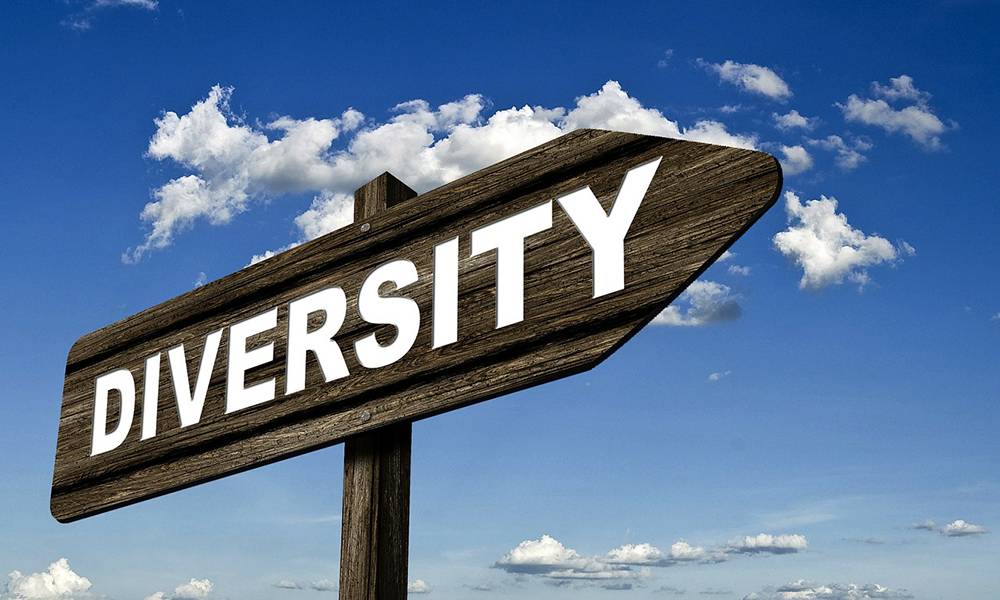 I remember the first time a player pushed a pregen player character back to me at a convention game. He said, “I don’t play women. I don’t know how they would act,” and I was left asking myself, “What the hell does that mean?”

I’m pretty subtle in my speech so I think I said something like, “What the hell does that mean? Half of the people on the planet are women.”

That was the beginning of an important conversation within myself. Why wasn’t I putting more thought into the characters that I brought to the table? It was a transformative moment that pushed me to purposely choose to reflect the world in which we live inside of the game worlds I create. My fellow Gnome Angela Murray makes it clear in her own work that I’m not the only one that feels this is important. Representation in pregens has been discussed before but the conversation needs to continue.

I’ve spoken to several GMs that are afraid of the possible prejudices of their players. They told me that they’re scared that having one or more African American or LGQTB+ characters on the table at a convention means that roleplaying stereotypes are inevitable. While I acknowledge that possibility is real I reject the idea that the fear of bigotry outweighs the need for representation in games. I’ve had some players try to lean into stereotypes and I dealt with it in the moment. It can be an uncomfortable conversation, depending on your personality, but it is a necessary one. Can I truly claim to be part of a welcoming community if I’m not willing to stand up and tell someone that is being racist/sexist/homophobic/ableist to stop?

I’m actively working to eliminate the idea that white male characters and a token white female are the only “safe” pre-gen PCs. The characters that I bring to the table must represent the variety of humans that I want to show up at my table. Some of my pregens will be like me, some different than me, but always as honest as I can make them.

A variety of PCs

It varies slightly from country to country but approximately 50% of the world’s population identifies as female. Around 63% of the United States’ population is non-Hispanic white people in the last census. That’s the lowest it has ever been. If you look at the non-Hispanic white population on a global scale that percentage drops dramatically. If games reflected our world as a whole they would be filled with Asian and African characters. If they represented the United States of America, where I live, they would be almost 40% people of color.

The PCs in the games that I run are thoughtfully created with representation in mind. The mix varies dramatically from games that feature all women, all African Americans, to a diverse mix of police officers. Other games fit a model that lets the players choose to be whomever they choose. The important part for me is that a historically underrepresented player has a solid chance of seeing a character that reflects some part of themselves. I have worked hard to include a spectrum of gender identities beyond the traditional binary roles in my characters but it’s still something that I struggle with. I’m getting better despite feeling like a confused fossil some days.

In the past couple of years I’ve seen an increase in representation found in the artwork and character options for TTRPGs. Many companies have made a commitment to diversity and inclusion in their games. If you look at the top RPG book covers you’ll often see, when humans are featured, a variety of skin tones and genders. I believe that the industry has begun the journey to creating more inclusive games and community. The tools, pictures, and intent are there so use them to create an imaginary world that includes all of the richness of our own.

There are an increasing number of games designed around the stories of marginalized groups. They tell honest and thoughtful stories that are not often told in the mainstream TTRPG world or by media in general. In the game Harlem Unbound by Chris Spivey you’ll be playing an African-American character living in the Harlem Renaissance as seen through the lens of Cthulhu horror. Darker Hue Studios has produced a great example of thoughtfully designed, extensively researched, and unexplored stories in a RPG. You can read John Arcadian’s review of the book here on Gnome Stew.

The most common reason that I’ve heard from GMs for not running Harlem Unbound is a fear that they will get the “black experience” wrong. They don’t want to run it without a person of color at the table to make sure that it’s more authentic. It’s important to realize that it’s not the job of a POC/woman/LGBTQ+ to be your mentor and guide you through the world of all things “different”. They may choose to do the labor but that should never be your expectation.

Mr. Spivey does an excellent job of addressing the racial issues involved in the Storytelling section of the game. Accept the guidance offered from the person that wrote the game! The humanity of the game is lovingly crafted into every part of Harlem Unbound. Read it, listen to those around you, and do your best. Insist that your PCs be played as human beings and not stereotypes. Don’t be afraid of the mistakes you’ll make. Learn from the struggles instead.

While I commend people for understanding that daily truths of the life of a POC and women are different than that of a CIS gendered white male, treating them as an enigmatic mystery does harm to everyone. It prevents exposure of these games to a wider audience, which hurts the creators financially. It reinforces the ideas that white GMs bringing diversity to the table is too dangerous of a thing. With as much energy as I put into representation I am guilty of pushing its importance aside too.

I am a vocal fan of Sarah Richardson’s game Velvet Glove but I have struggled with the idea of running it. I had a chance to play the current ashcan version and loved the experience. I told myself I shouldn’t ever offer it as a con game because I fear making a mistake and dishonoring the heart of the game. I run games filled with female characters all of the time! Why is my initial reaction to push away the idea of running Velvet Glove? Why is there a disconnect for me? It deals, in part, with my discomfort with the sexual realities of being a teenage girl. All I can think of is every mistake I ever made with women. The truth is that I’ve kept myself from running this beautiful game because I can’t get over my own guilt at being a jerk.

Everything about that runs antithetical to the GM, gamer, person that I work to be. Ms. Richardson’s game needs to be celebrated and played as much as possible. I’m denying myself the chance to tell new stories and support a creator and friend that I admire. It looks like it’s time to make myself uncomfortable, learn, and grow.

Investing in humanity as a player

The one thing that I can bring to any character that I create or play is a sense of their humanity and an understanding that the color of their skin or gender identity is only one part of who they are. Figuring out how and why their marginalizing characteristics shaped who they’ve become is where the story lies. The why of the societal, social, and familial differences is where some of the best, most interesting, parts of humanity live.

Without a personal or researched understanding of these characters where should you start? When you don’t know what to do you should always fall back to their humanity. I keep repeating it because it’s true. Discover who they love and why they invest themselves in the people around them. Ask yourself what they have to lose and what price they are willing to pay to keep that from happening. Make them into real people and not caricatures based on media stereotypes. There are rivers that flow through all of us, despite different origins, that you can tap into. Maybe after you’re done with the game you’ll be inspired to read up or listen to folks talk about their real life experiences that are similar to those of the character you were playing. Then you can bring another level of understanding the next time you have an opportunity to play.

It shouldn’t be hard to imagine a stalwart gay female paladin with the ability throw herself into battle against a dragon. The courage in her imaginary heart should reflect the best ideals of the world that she lives in. If imagining a person from any marginalized group is an insurmountable barrier to you playing a pregen then maybe you should spend some time on a military base. You’ll meet real life warriors and see the diversity of bravery our world contains. If you visit firehouses, hospitals, or schools you’ll see that they contain the same spectrum of goodness and commitment to doing good. None of those places are perfect but they all contain flesh and bone heroes. Why would we want less for the people that we invite to share a gaming table?

Why is it important?

If I won’t demand diversity in the characters and scenarios that I create and play what does that say about my commitment to equality in real life? It speaks volumes to new players if they sit at my gaming table only to find a pretend world that is racially insular, LGBQT+ free, and limited in its gender roles and identities. It’s an ugly message that I would be sending if only a small portion of humanity represented my idea of heroism. I can’t expect players to feel welcome into our community if I present them with heroes and idealized worlds of adventure that don’t include them at all.

Kids need to see themselves represented as heroes. We all need it. A simple act of choosing character images that speak to the beauty and diversity of the world is a welcoming act. When we welcome the entire world to become our PCs, we also welcome marginalized groups to our real world gaming tables. That is important to me.

16 Responses to Bringing Diversity To Our Imaginary Worlds