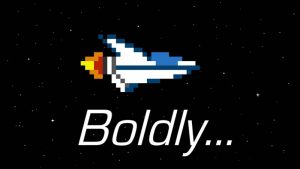 Star Trek is tricky. You can’t just reskin any old science fiction scenario and expect it to feel like Star Trek. There are conventions unique to the Final Frontier. For our October gameday, I decided to run an Original Series era Trek adventure. To begin planning, I made a short list of certain elements that appear repeatedly in the episodes. In this article, I’ll share that list with you. Some of the points may have been made in the various rulebooks over the years, but hopefully we can bring something new to the discussion (or at least collect them in one place.) Even if you wouldn’t touch Trek with a ten foot pole (30 g.p.), there may still be some food for thought in these points. Here they are:

COLORFUL NON-PLAYER CHARACTERS (NPC’s) – Harry Mudd, Elaan of Troyius, the Squire of Gothos (my favorite): love ’em or hate ’em, you can’t forget ’em. Now, in a game, we don’t want the NPC’s to overshadow the player characters (PC’s). However, that doesn’t mean they can’t have a little flair or harass the PC’s a bit. Don’t be afraid to overact a little or make them flamboyant. That’s Trek.

SPECIFIC ADVERSARIES – While the crew occasionally fought a giant space blob or floating pancake creatures, the most memorable episodes included more specific villains. They didn’t just fight Klingons, but Klingons led by Kor. The same was true for the Romulan commander in “The Enterprise Incident.” Whenever possible, give a group of adversaries a specific, named leader. If you don’t want the PC’s to encounter them too early, consider having them communicate on the viewscreen or have the crew intercept a transmission. Get them onstage early if you can. Why waste the money you spent on a guest star?

SPURRED ACTION – Starfleet officers have to behave according to regulations. They can’t just bust down every door and start shooting. This doesn’t mean that your games must be devoid of combat, you just may have to spur it on. Give your crew an excuse to shoot those phasers or bust some chops. Have the mugato attack or the drunken Klingon take the first swing. Now, you may have to remind them to keep the Prime Directive and general regulations in mind, but there were still plenty of fights in the Original Series. This doesn’t mean that PC’s should never plan a first-strike. That was certainly the case in “The Savage Curtain” and “Errand of Mercy.”

MORAL CHOICES — In other games, sessions often end with a big battle. In Star Trek, you are perfectly free to talk the computer to death or mind meld with an alien rock. However, this may leave some players with little to do. My current thinking is to have a big action scene (combat, chase, etc…) at the end, but leave things open for non-violent resolution. The enemies may surrender, or can’t be killed because they have valuable information. Also, Starfleet doesn’t condone starting shooting wars at random. Allowing for non-lethal endings is clearly in the spirit of Old School Trek. Plus the bad guys can come back again as a guest star.

CONCLUDING THOUGHTS
Planning a Trek session can be more challenging than other genres. There’s also the Prime Directive, the rank structure, and the ethical themes to consider. Hopefully this list provided some food for thought: it certainly helped me fine-tune some elements for my own game
What other things are essential for Old School Trek? Which ones might you change for the Next Generation, Deep Space Nine, etc…? Has Trek worked for your sessions or campaigns in the past? Let us know below.