It’s been almost two weeks since the end of Big Bad Con 2019, and I’ve had plenty of time to reflect on what I am now calling my favourite tabletop gaming convention.

Prior to writing this post, I was certain that the organizing staff of this convention were paid for their efforts. They were professional, responsive, and ensured that everyone attending was comfortable, safe, and able to access every aspect of the convention. However, after reading the About section of their website, it became clear to me that this stellar convention is a true labour of love – a convention run by gamers, for ALL gamers.

When I speak about an accessible convention, I speak about one where people of all abilities can participate. Accessibility does not happen by accident. It has to be purposefully planned, built, and tested. Big Bad Con is the perfect example of this. The convention staff made sure that loaner accessibility gaming gear was available to all those wishing to participate in opening gaming or Games on Demand events. This featured dice aids like extra large foam dice, over-sized dice sets, and even braille dice! Furthermore, there were accessories like dice trays, felt-lined dice cups, dice towers, standing card holders, illuminated magnifying glasses, and tools for grabbing things from the table. The gaming space itself was made inclusive with thick fabric barriers set up between tables in the main room to minimize the noise between them. 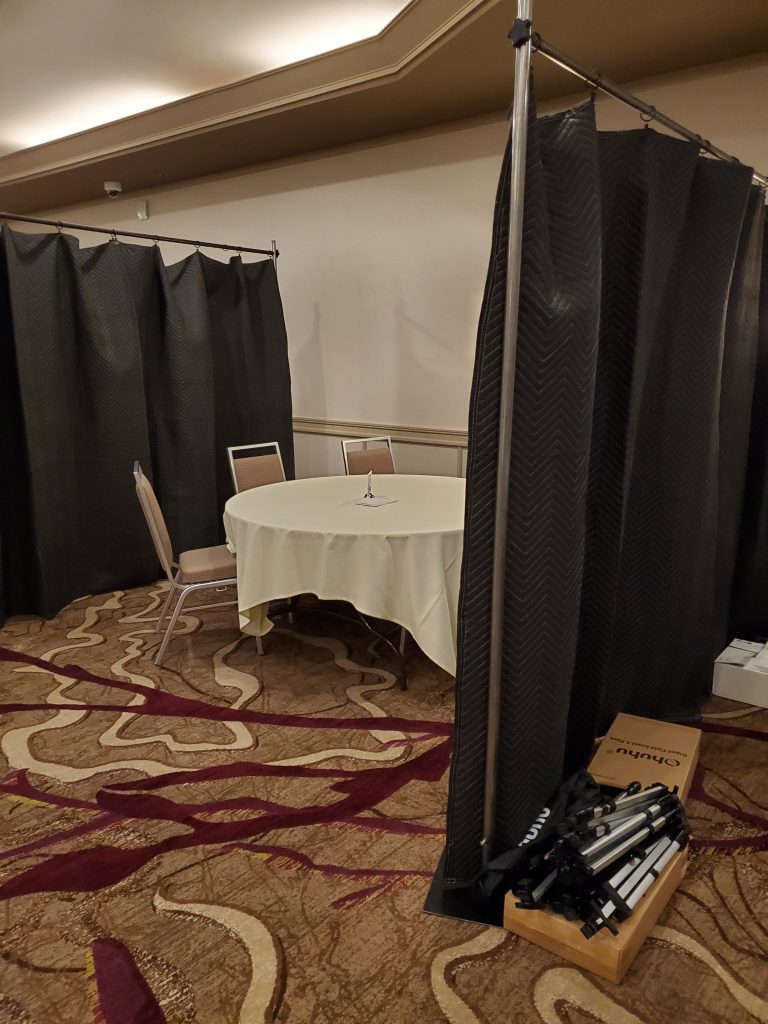 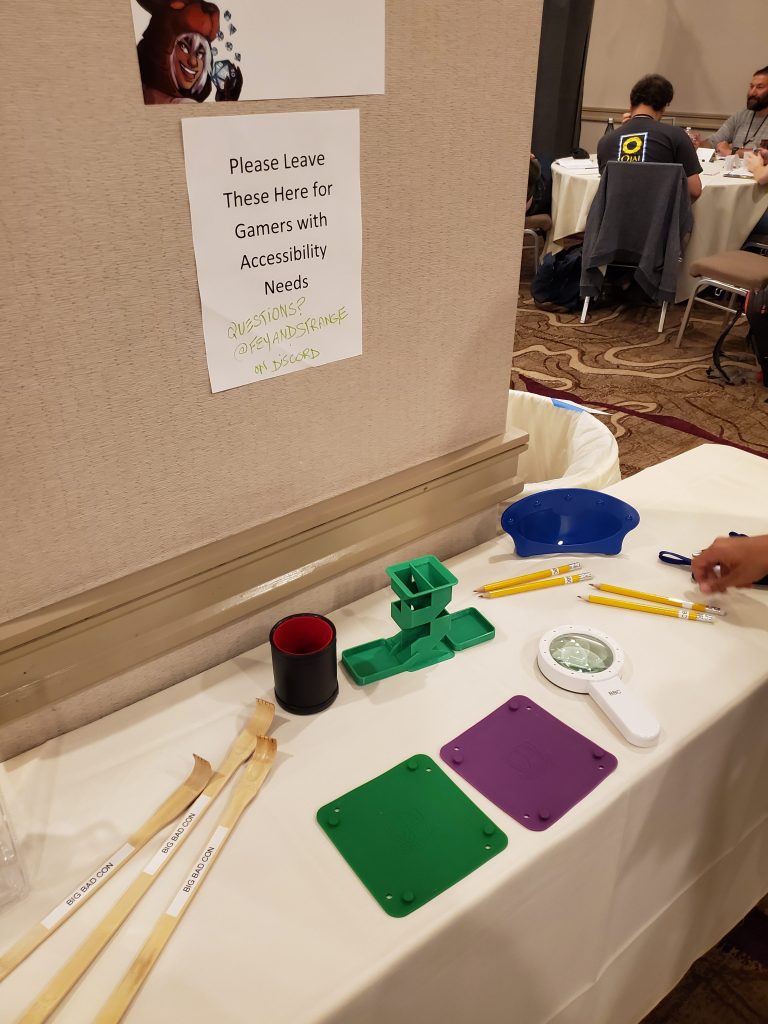 Inclusivity at the core.

First and foremost, Big Bad Con is a social event. Unlike larger, more corporate conventions like Gen Con, this wasn’t at all a retail event. Yes, there was a small space for purchasing games, but features like an exhibitor hall were completely absent. Now, that isn’t to say conventions like Gen Con are bad. They just aren’t the kind of conventions that feel like social gatherings. Big Bad Con actively encouraged it through events like the POC Meet and Greet and the POC Dinner. The dinner was an event that gave people of colour the opportunity to mingle and share a meal. The meet and greet? Something even more amazing. All participants of the 1st annual POC Meet and Greet were sent pre-surveys that the organizers used to recommend who would be the best connections for each person at the event! Upon arrival, I was given a card outlining 5 people working in the tabletop gaming industry that were looking for services I could offer, purchase games, or those who had had similar interests and professional goals. 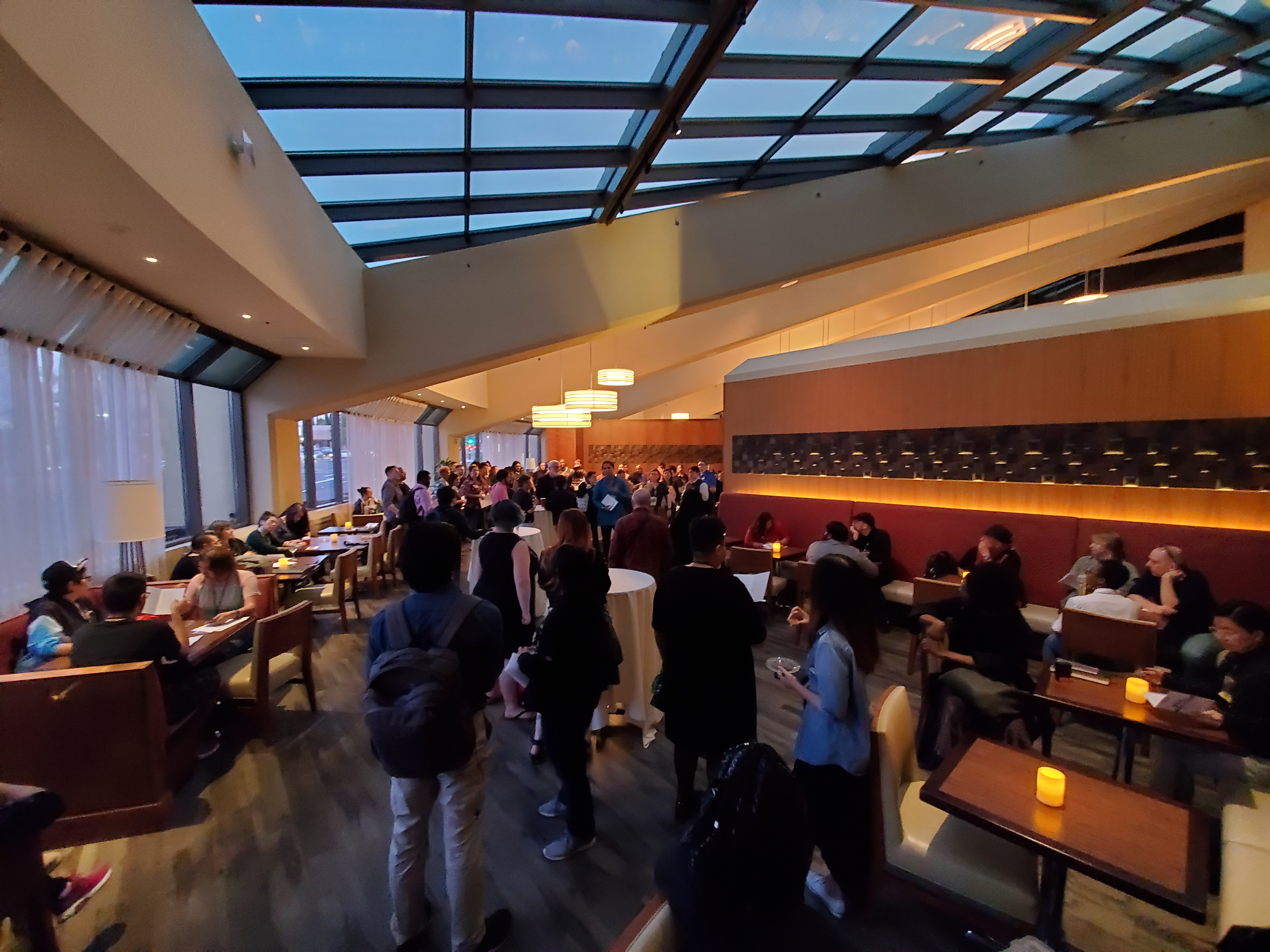 In fact, bringing people of colour was a huge priority for the convention. Founded by DC (@dungeoncommandr), the Babble On Equity Project (BOEP) brought 33 people of colour (myself included) to the convention. This was the first time I felt like I belonged at a convention. This was the first time I felt wanted at a convention. I was more than just “that Asian podcaster”. Instead, I saw others that looked like me or shared my experiences. I felt more than just a resource for white creators. I was part of a community. 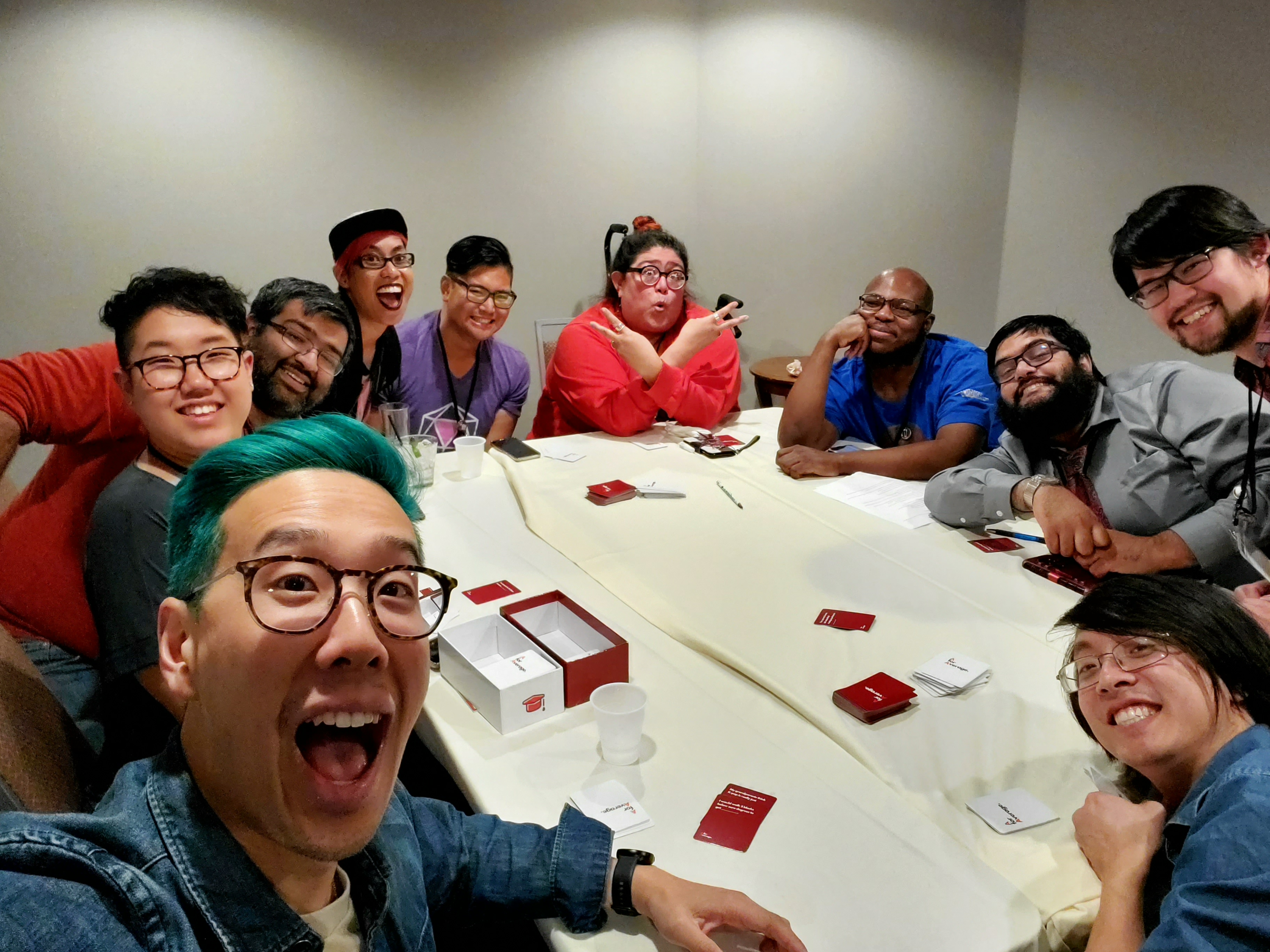 Big Bad Con did three important things for me.

To all the convention organizers reading this, take note of Big Bad Con.

3 Responses to Big Bad Con: A Lesson in Inclusion